Over the past day, the cost of Bitcoin has decreased by another 1% and is currently about $29,000. Trading volume jumped sharply by 40% to $40 billion on the day. This is due to the fact that yesterday there was a short squeeze on the chart, as a result of which the price of Bitcoin dropped to $28,000. 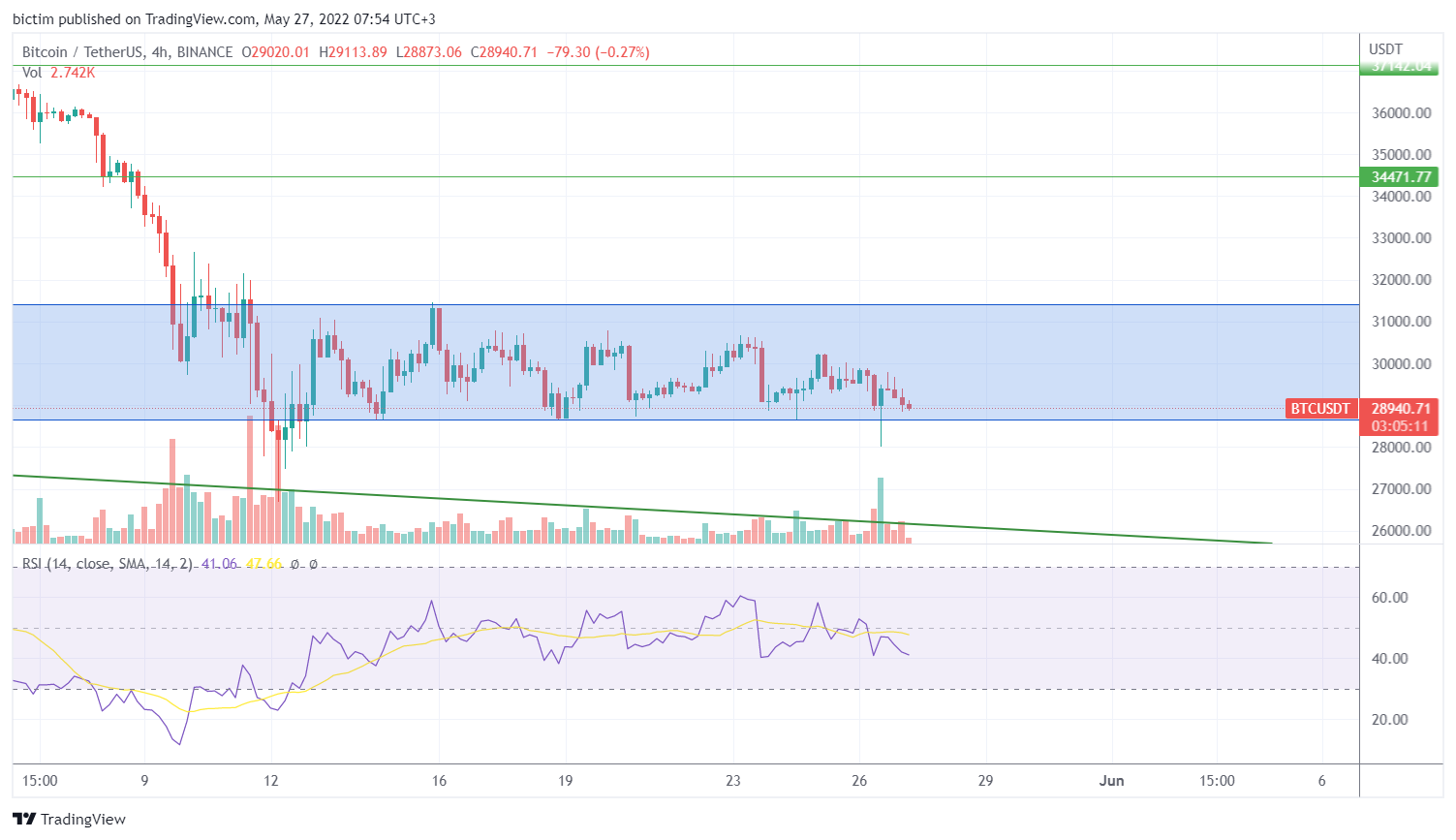 Earlier, we talked about the fact that the BTC chart went sideways and is stuck in a narrow range of $28,800 – $31,400. Yesterday, Bitcoin began to collapse sharply, broke through the lower boundary of the channel and reached $28,000. Due to this movement, all altcoins suffered a massive drop as traders and investors began to get rid of them en masse.

This resulted in massive liquidations of nearly $500 million. Particularly interesting is the fact that Ethereum is in first place in this indicator, and only after it is Bitcoin. This is not a typical situation for the crypto market, which indicates a fading interest in altcoins. After that, Bitcoin was able to bounce back in a few hours and almost reached $30,000.

The price returned to the side channel and has already tested its lower border 5 times. Sellers confirmed the fact of complete dominance in the market. This is a bad sign that indicates a further fall. Moreover, it can happen before the end of the week with the update of local low.

The chart on the weekly timeframe also speaks for the fall. For the ninth week in a row, the weekly candle is red, and this has never happened before in the history of Bitcoin. This development of the situation may continue until the middle of next week before the start of summer.