At the same time, the trading volume is gradually decreasing and now amounts to $46 billion per day, which is very little for Bitcoin on weekdays.

Altcoins, on the other hand, are doing very well. Over the past week, they have shown significant growth by tens of percent. As a result, their dominance is growing, while Bitcoin’s dominance has dropped to 48%.

Let’s take a look at the Bitcoin chart and try to figure out what to expect from it next: 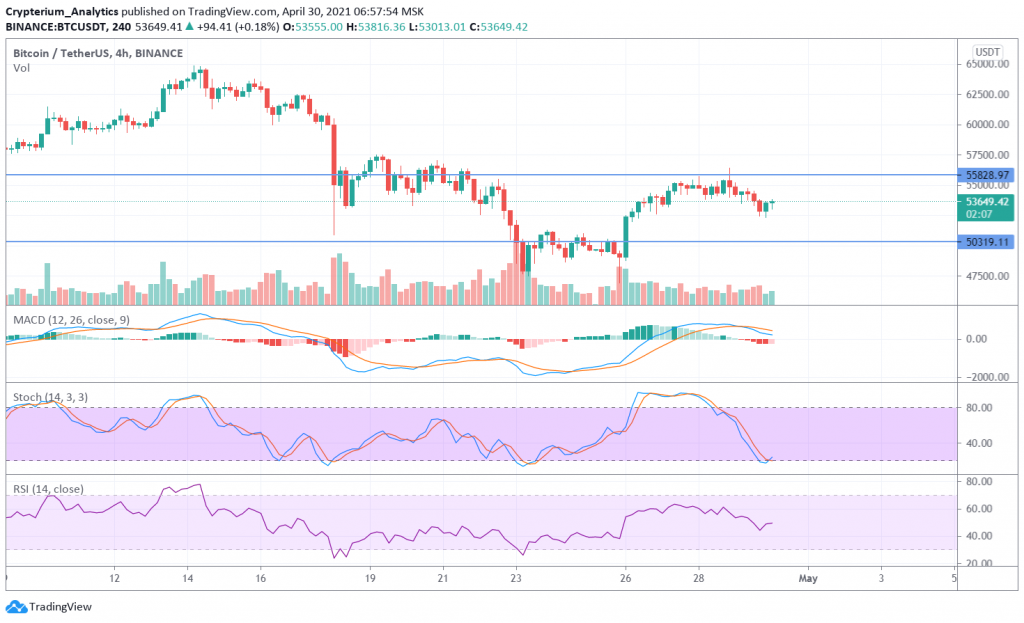 This week the chart turned into a sideways movement and is fixed at the current levels. Several times buyers tried to break through the $56,000 level, but they failed to do. After this, the price rolled back. Yesterday the price dropped to $52,330 but rose 2% after that.

Such a decrease in volatility in the Bitcoin market often indicates a strong new leap forward. Usually, in such situations, large participants accumulated positions, which artificially reduces market volatility.

Yesterday’s fall did not have a strong impact on indicators. On the contrary, you can see that the moving averages have turned upward on the 4-hour timeframes. This structure is especially pronounced on Stochastic.

On the daily timeframe, the situation looks almost the same. The price is sideways, and all indicators have reversed and directed upward.

At the same time, the dominance of Bitcoin is at a critically low level: 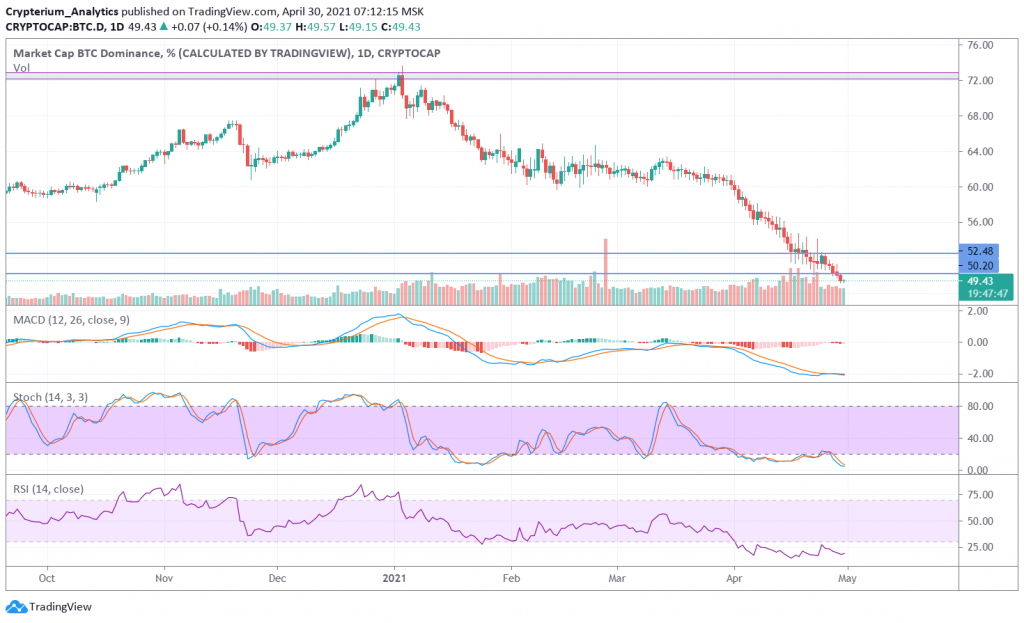 Pay attention to the MACD, Stochastic, and RSI indicators. They are very oversold for a long time. Moreover, this picture is observed on both the daily and weekly timeframes. Thus, dominance indicates the advantage of altcoins in the market and the weakness of Bitcoin.

At the same time, if Bitcoin begins to grow, as we expect, then dominance will turn up and reach up to 60%. However, this requires a very significant increase in Bitcoin, by about 30% -50%.

Based on all this information, we still think that Bitcoin’s rise is now more likely than falling. The chart needs to fix above $56,000, and after that, we can see a rapid rise up to $65,000.