Over the last 24 hours, Bitcoin has increased by 4% to $43,500. Nevertheless, trading volume remained unchanged at the level of $17 billion per day. Moreover, almost all altcoins, except for the top-15 list, were in a downtrend, which indicates that capital flows to the most capitalized cryptocurrencies.

Let’s take a look at the Bitcoin chart and try to figure out the direction the price will take in the near future: 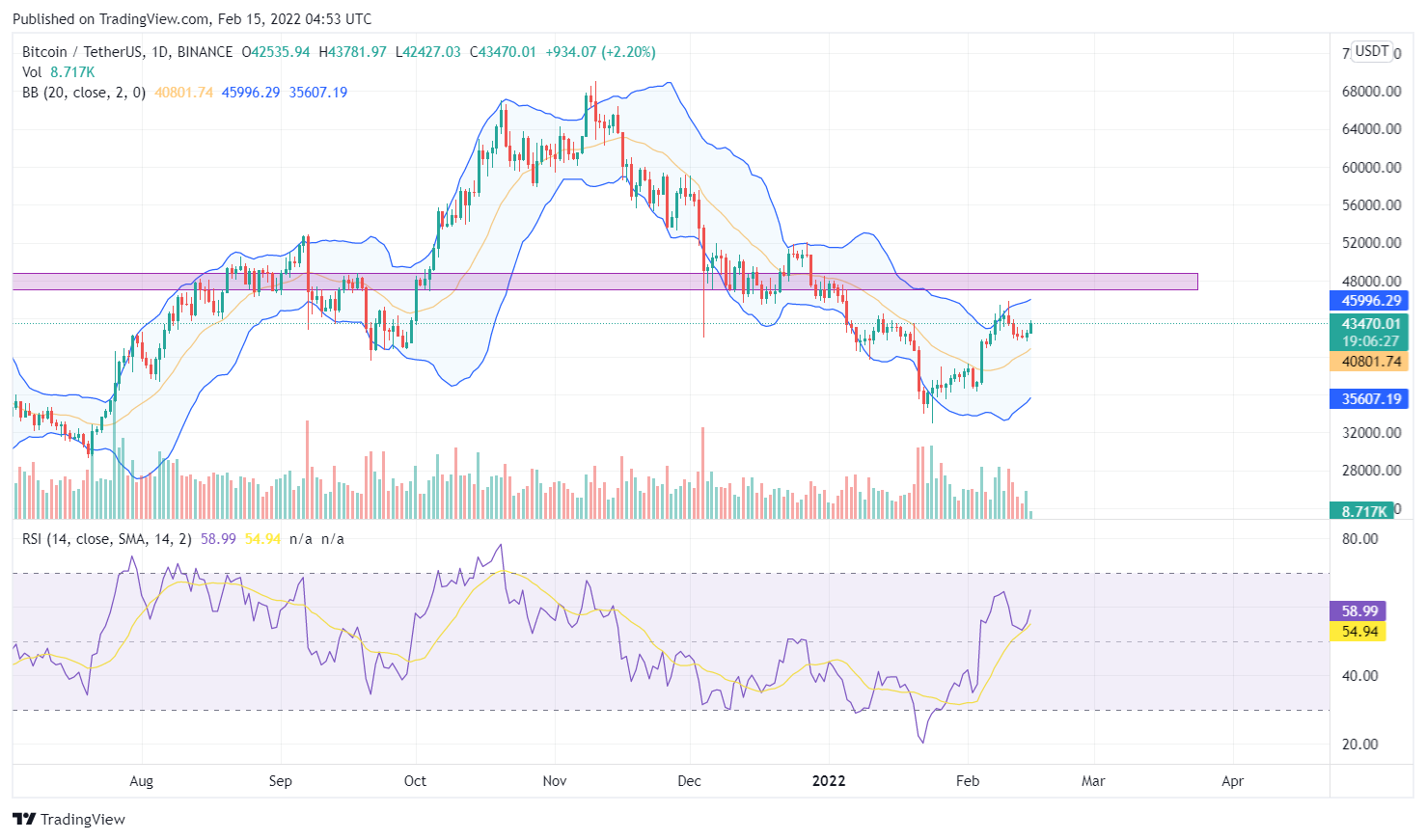 Bitcoin has remained stable at above $40,000 for 10 days now. Market participants do not force things and wait for the price to take a certain direction. Given that the trading volume has not changed since the weekend, no new money has appeared in the market as of today. Moreover, it is likely that the last two weeks’ price movements have been set by a major player.

In such a situation, it may be quite risky to analyze the state of the chart, since it is difficult to predict what the manipulator plans to do next. However, based on this fact, it can be noted that the remaining market participants will become active as soon as Bitcoin reaches important levels.

The closest support level is $40,000, below which most long traders placed their stop-loss orders. The major resistance level is $47,000 – $48,000 and last year further price movements were often determined here. When Bitcoin is approaching these levels, it is safe to say that volatility will increase significantly and new market participants will also step in.

In general, the current market situation looks extremely uncertain. The market maker is now manipulating the BTC price and everyone is watching it. Any negative news can trigger the market collapse as well as any positive news can give it a significant boost.

We expect to see Bitcoin rising to the $47,000 – $48,000 area, based on the RSI indicators and Bollinger bands. Also, if this scenario turns into reality, a full-fledged reversal pattern will appear on the chart. It is still too early to talk about this, but the possibility is quite high. The best thing to do now is to wait for the market situation to get clarified.