That time it fell by 16%, reaching $46 billion per day. This is especially surprising because the price of Bitcoin has already increased by 10% since the beginning of the week.

But the altcoin market has grown significantly. Today we are going to take a look at Binance Coin and Cardano charts. 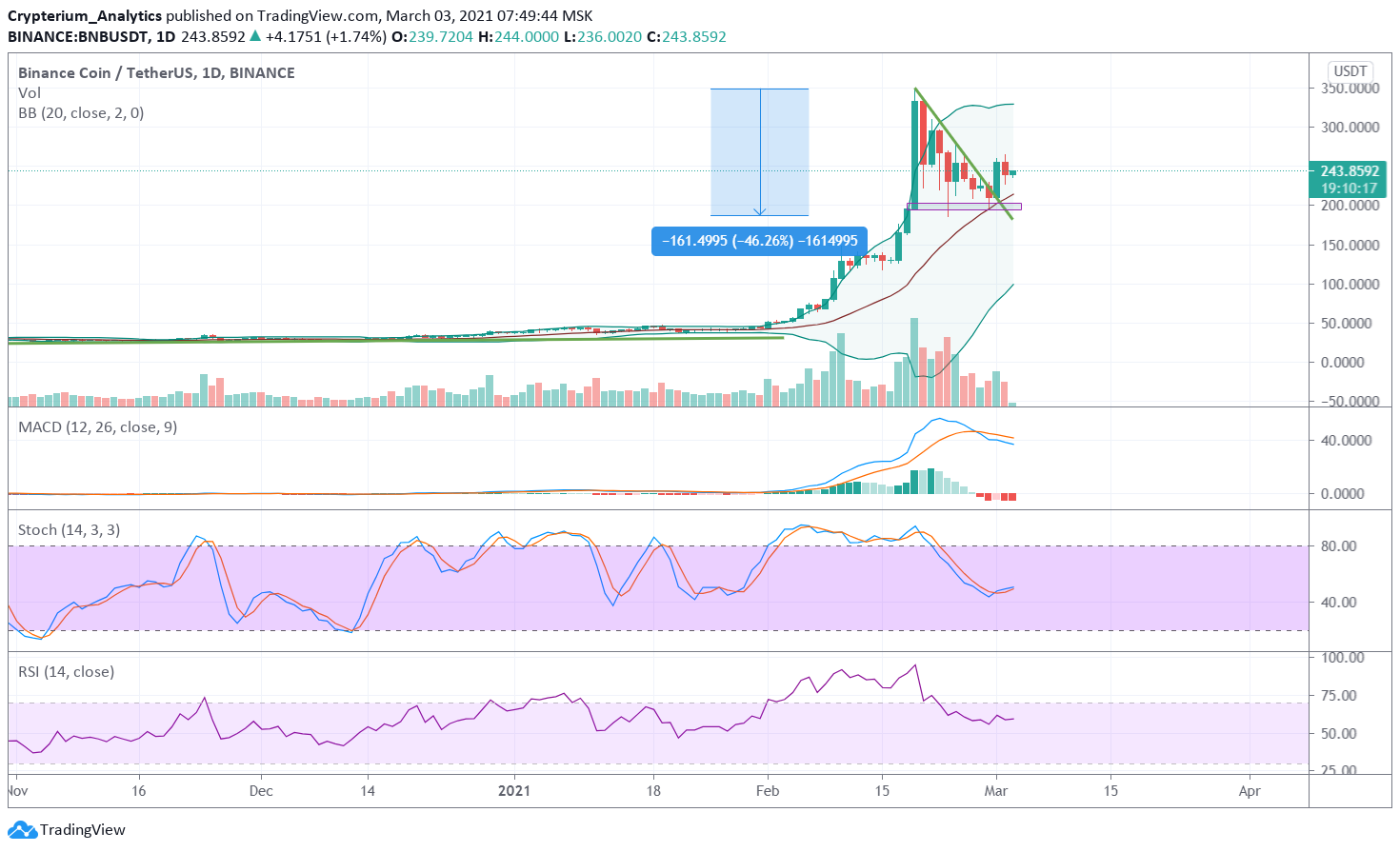 BNB became one of the most prominent coins in February. His growth was 800%, and he set the new ATH at $343. 2 weeks have passed since that moment, and during this time, the price of BNB has decreased by 46%.

Starting from February 19th, the downtrend is clearly visible on the chart, which continued until March 1st. Simultaneously, the “Descending Triangle” pattern was formed, which was a dangerous moment for the chart.

However, on March 1st, the price grew from $210 to $260, showing an increase of 24%. This allowed the chart to move up from the triangle, which is a positive signal. The chart may still go down to $210, but this will mean a retest of the downtrend. And after this event, the price can turn upward completely.

However, there is a possibility that the price will move up from the current levels. In this case, we expect to see ATH testing during 10-14 days. If this happens, the price of BNB can skyrocket to $400 and then to $500.

It should also be noted that the current chart is very similar to the Bitcoin chart, after descending from $42,000 to $30,000. Recall that after that, within a month, Bitcoin grew by 80%. 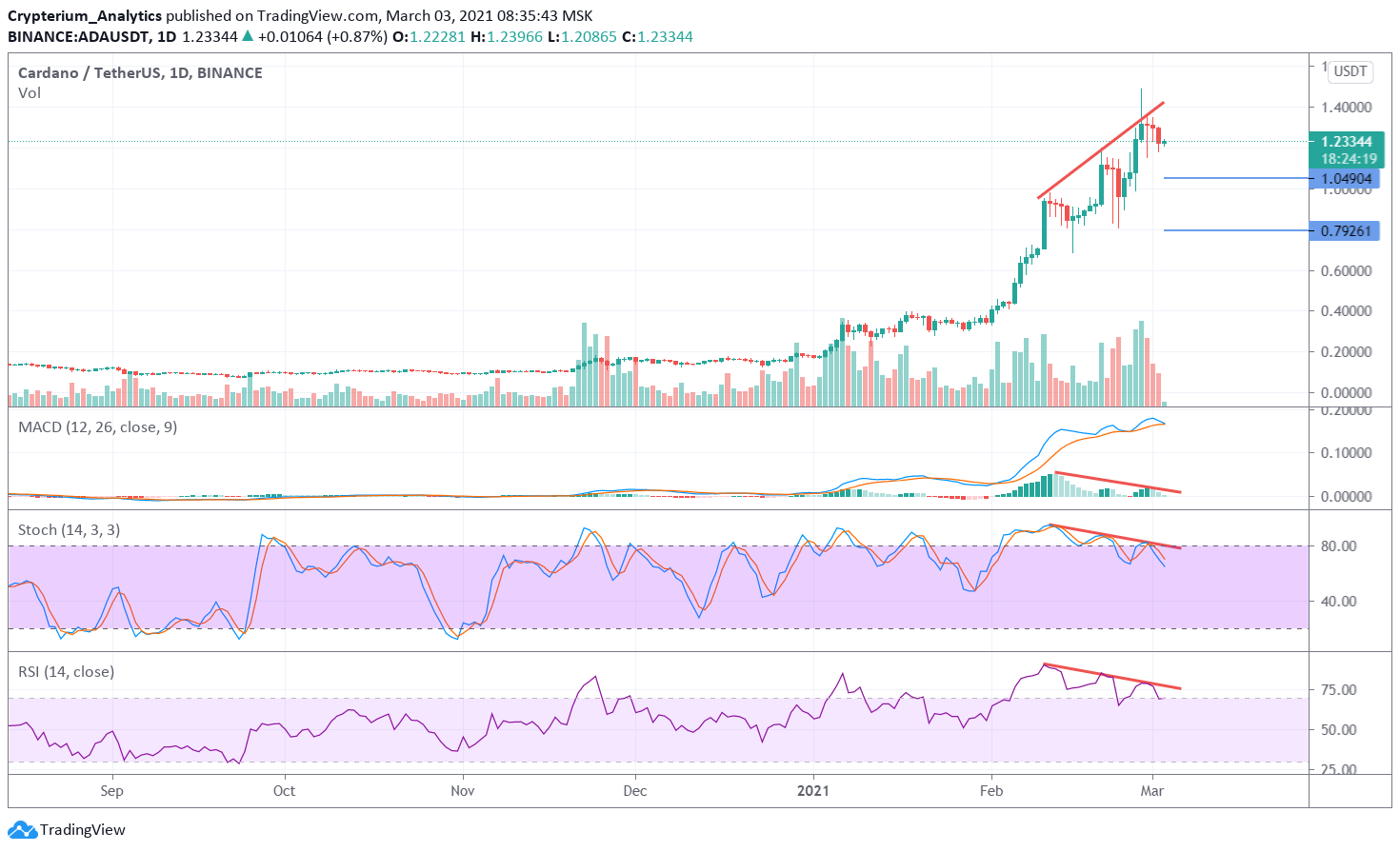 Another top-rated coin this year is Cardano. In 2 months, its price increased 15 times – from $0.10 to $1.50. This allowed the project to take an honorable third place after Bitcoin and Ethereum in the list of the most capitalized cryptocurrencies.

However, the situation on the chart looks pretty bad. After the first correction from $1 to $0.80, the growth began to weaken and is no longer as strong. This indicates the weakness of buyers.

One more important detail available on all three indicators (RSI, Stochastic, MACD) – the strongest bearish divergence has formed. As you can see from the chart, it has three sequentially increasing peaks, and on all indicators, these peaks are decreasing. This means that the ADA is likely to fall.

The first point will be the $1.05 level. If the price cannot stay near it for at least 5-7 days, then with a high probability, a new fall will follow, already to the $0.80. These events can develop very rapidly, but we expect them to happen within 2-3 weeks. Before you can hold or make a deposit to get a huge profit with a monthly accrual system.