Bitcoin yesterday as close as possible approached the historical maximum, but could not gain a foothold there and rolled back down.

Let’s take a look at the Bitcoin chart and see what to expect from the price in the coming days: 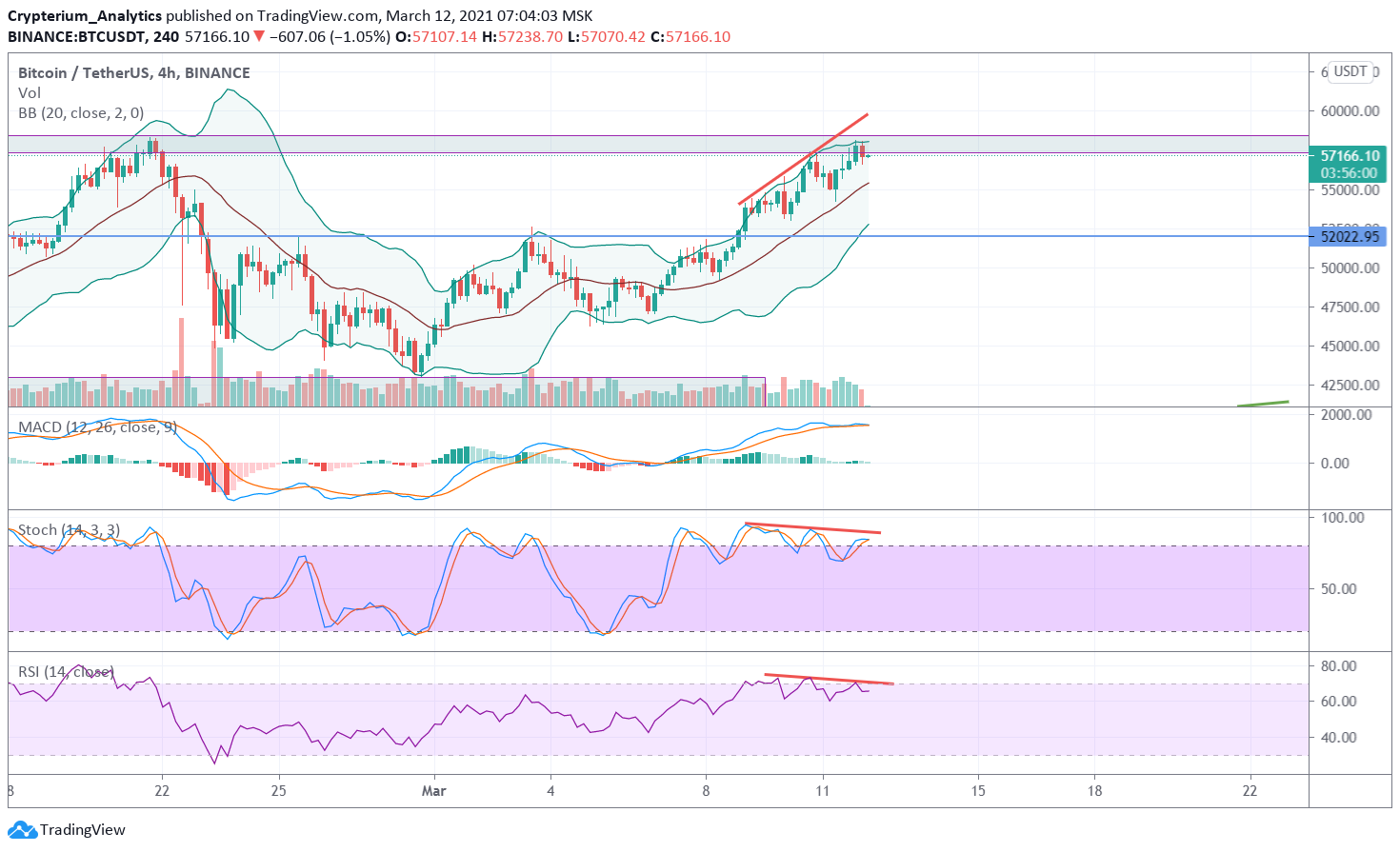 We previously indicated that the $57,500 – $58,350 range is the last resistance on the Bitcoin path. This time, its chart was able to gain a foothold in this range on both the 4-hour and daily timeframes. But this did not provoke rapid growth, on the contrary, here we see that sales have increased.

If you look at the Stochastic, you can clearly see the declining tops and bottoms. At the same time, on the chart, the tops and bottoms only increase. This indicates the formation of a bearish divergence. However, it is not very large, so we do not expect a strong fall. A similar picture is observed on the RSI indicator.

It should also be noted that both of these indicators have been in the overbought zone for quite a long time in the 4-hour timeframe, and therefore a decline in them is most likely now. This fits well with the Bitcoin chart, which almost reached ATH.

Based on this, we assume that Bitcoin may decline to $55,000 today. This may be enough to cause slight unloading on the chart and indicators.

After that, Bitcoin can start a new round of growth. The likelihood that the Bitcoin chart will break through $58,000 and set a new ATH is very high. The chart clearly shows an uptrend that has formed since March 1st. We see no prerequisites for it to be broken in the near future.

On the weekly timeframe, things look even more promising. This week, the Bitcoin correction that occurred at the end of January is completing. If the price closes at the current levels, then next week we expect to see Bitcoin at $60,000. And after that, the price can reach $72,000 – $74,000 and you need to be ready for this. You have a chance to buy bitcoin now with almost zero fees.