As we said, Bitcoin went up to $54,000 and even higher. At the same time, an interesting fact is that this did not entail an increase in volumes – it increased by only $4 billion per day and continues to remain low when compared with this year’s indicators.

Let’s take a look at the chart for Bitcoin and Ethereum: 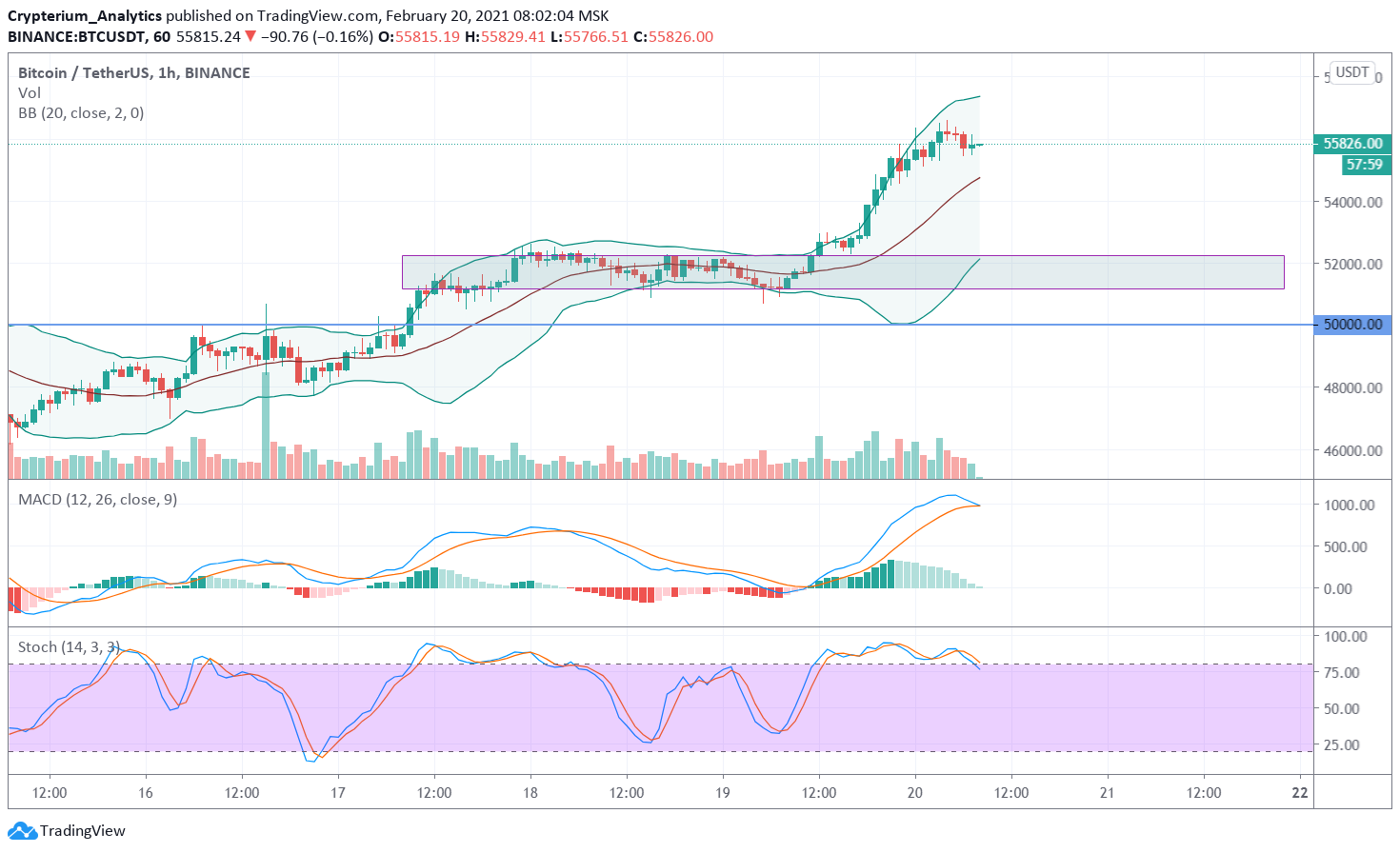 Within 2 days, the price consolidated in the range of $51,000 – $52,500. Yesterday the price broke through the upper border of this range and headed up. On the hourly chart, you can see that the price slowly climbed to its highs and reached the upper Bollinger band. After that, the price stopped and dropped significantly.

Most likely, in the next couple of days, the price will fluctuate around the $55,000 level. At the same time, there is a high probability that soon we can see growth up to $60,000 per Bitcoin. 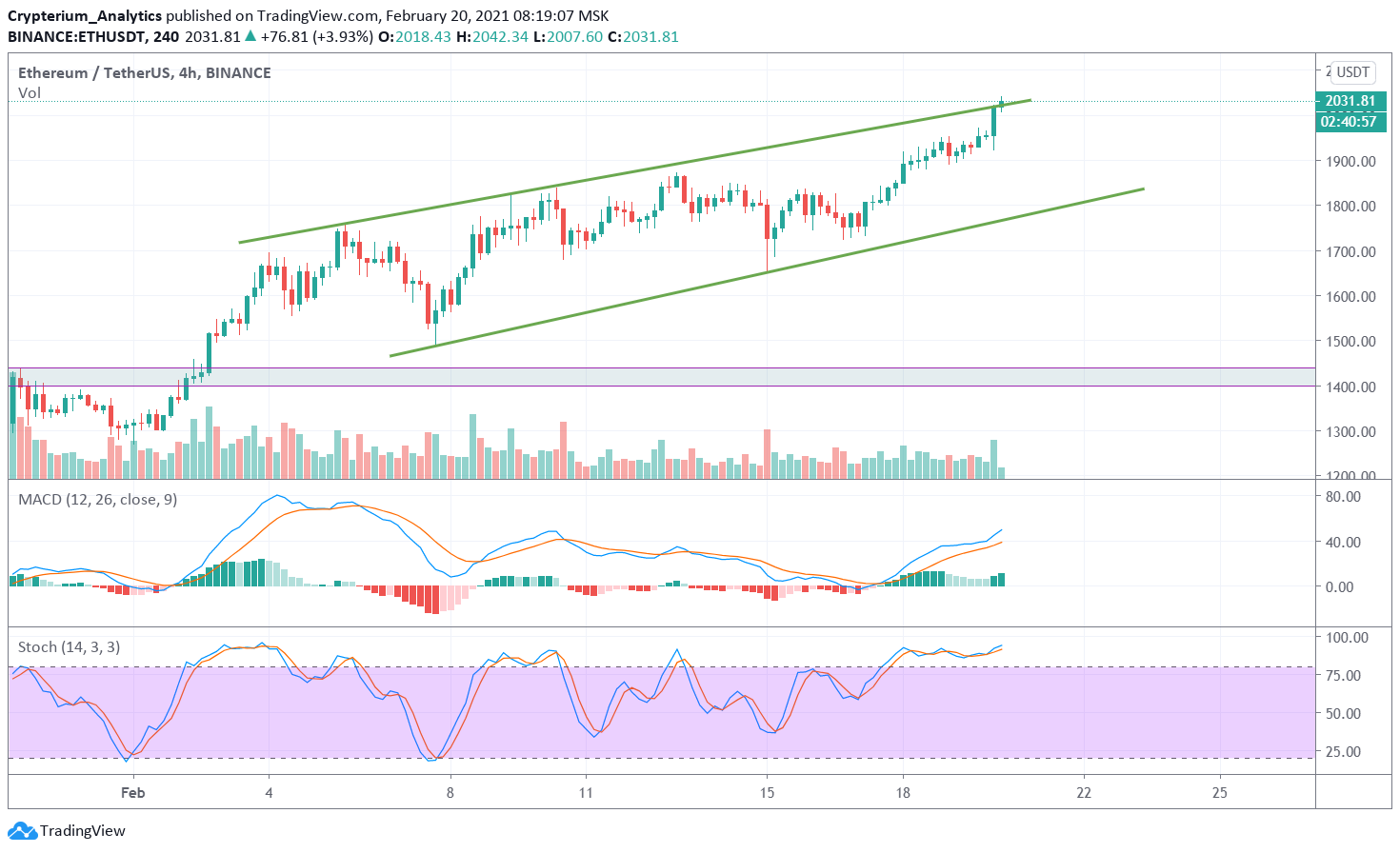 A historic event also happened for Ethereum – its price crossed the $2,000 mark for the first time. This was also a very important psychological level for the price of ETH.

Throughout February, the chart moved in a wide ascending channel, showing no strong up or down movements. But yesterday’s rise in Bitcoin provoked the growth of Ethereum, the price of which increased at 6.5% per day.

Now you need to carefully monitor the ETH chart, as the price touched the upper border of the channel several times. In the event that the chart fixes above it on the 4-hour timeframe and then on the daily timeframe, this will trigger an increase to $2,500.

However, there is a strong divergence in all this, which is especially noticeable on the weekly timeframe. Since the beginning of 2021, the price has doubled, but as the price increased, the trading volumes fell significantly – by 4 times. This is a bearish divergence.

However, the current market situation suggests otherwise. High attention to cryptocurrencies, conquering new price peaks, and tenfold growth from altcoins only contribute to the further acceleration of the price of not only Bitcoin but also Ethereum.

However, you need to understand that sooner or later this signal will work out, therefore, in the current market, always protect your positions with stop losses. Just to be on the safe side, don’t forget to fix part of your profit gradually using the Crypterium Wallet.