As a result of this dramatic move, positions totaling over $1 billion were liquidated. These liquidations only spurred the price movement upward. But why did the Bitcoin price soar? Let’s figure it out.

This growth was prompted by the fact that yesterday it became known that the large car company Tesla acquired Bitcoin worth $1.5 billion in January 2021. They also announced that they will introduce payment for their products for Bitcoin. All this provoked the highest surge in activity in the Bitcoin market.

Many people rushed to buy Bitcoin, as a result of which its price increased significantly and broke the ATH at the $42,000 level. At the same time, some large crypto exchanges, such as Binance, could not withstand such a massive load on the site and remained unavailable for some time.

Recall that the head of Tesla is Elon Musk, who in the past two weeks has been actively promoting cryptocurrencies, in particular Bitcoin and Dogecoin. It is possible that all these are links in one chain and these events are interconnected. 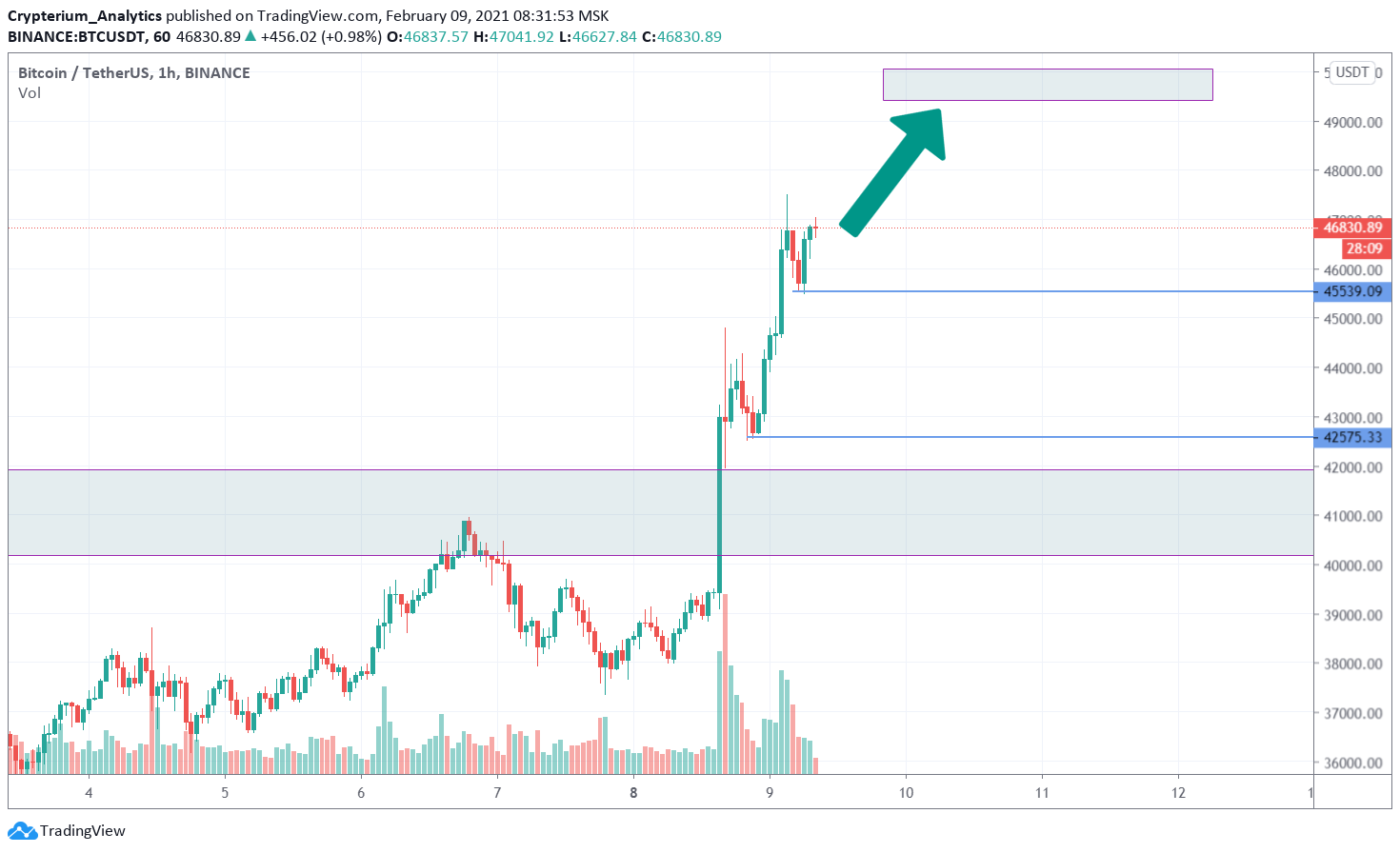 Based on the chart, Bitcoin’s growth is not yet exhausted. The chart structure is strong enough for further upward movement. With the rise from $39,000 to $47,000, we see two small stops where consolidation takes place. These are the places where sellers try to keep the price down. Candlestick analysis also indicates a continuation of the movement.

Based on this, we expect a new rise in Bitcoin to the $50,000 level in the coming days. We will most likely see a large number of commits at this level. This will open the way for further goals. Don’t need to wait for a better moment, buy bitcoin in just minuties, by simply using a bank card with Crypterium.