At the same time, the Bitcoin price closed above $49,000 on the daily timeframe yesterday. In previous reviews, we said that this is a bullish signal for Bitcoin, so we continue to expect a breakdown of this level and rise to $54,000.

But for altcoins, the last day was extremely unfortunate, most of them lost about 10% in value. Let’s take a look at some of them: 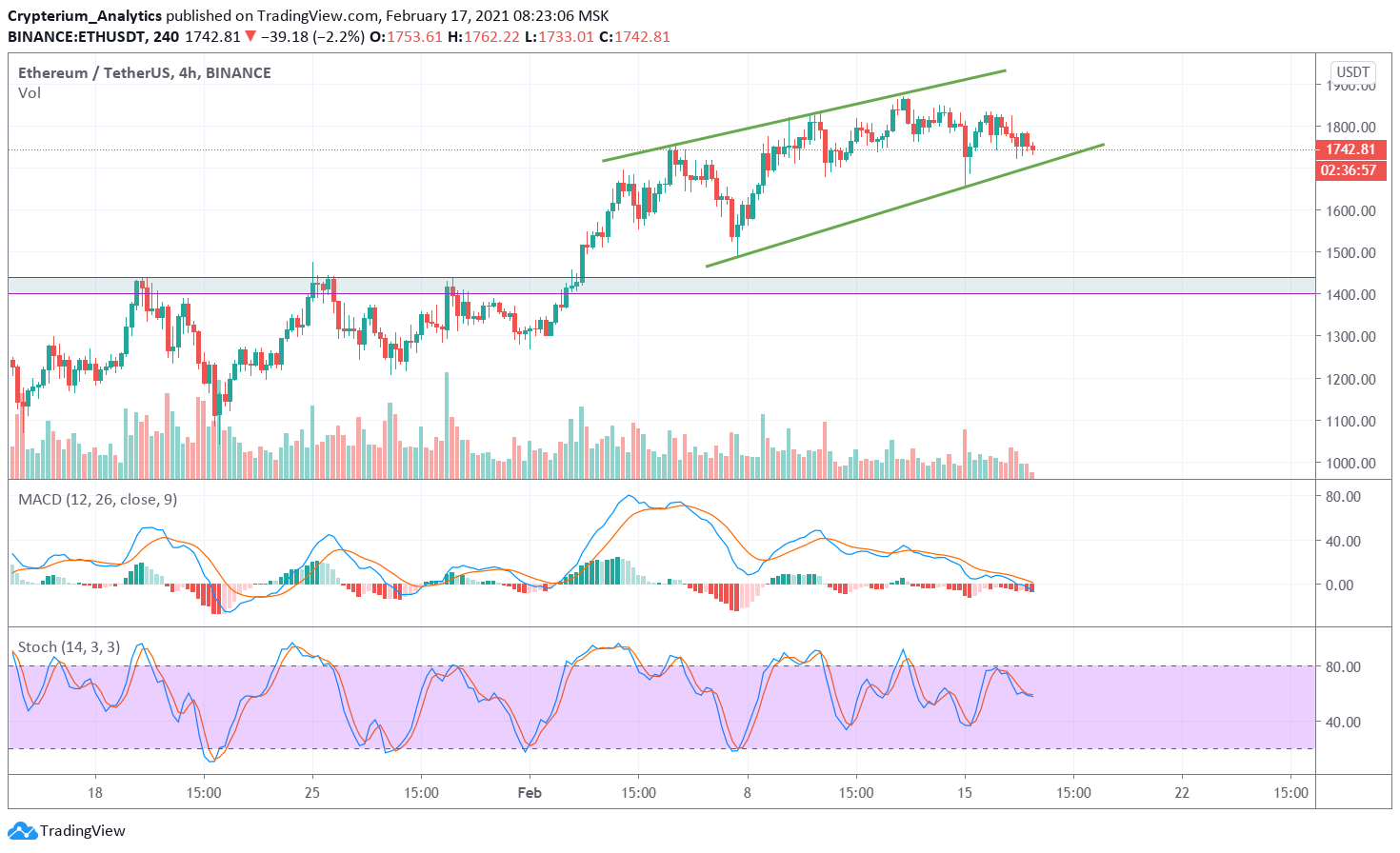 ETH has been in limbo for a week. Its chart is trading in a wide range of $1,650 – $1,850. Particularly alarming is the fact that we do not see declining trading volumes. It seems that after the launch of futures on CME, either the accumulation or the reset of the position by a large player occurs. The indicators, which are also at the equilibrium point, do not add certainty.

Based on this, we see that the Ethereum price has an equal chance of both growth and decline. In case of growth, the price can quickly reach $2,000 and stop there. In the event of a fall, the likelihood of a decline to $1,500 is high. 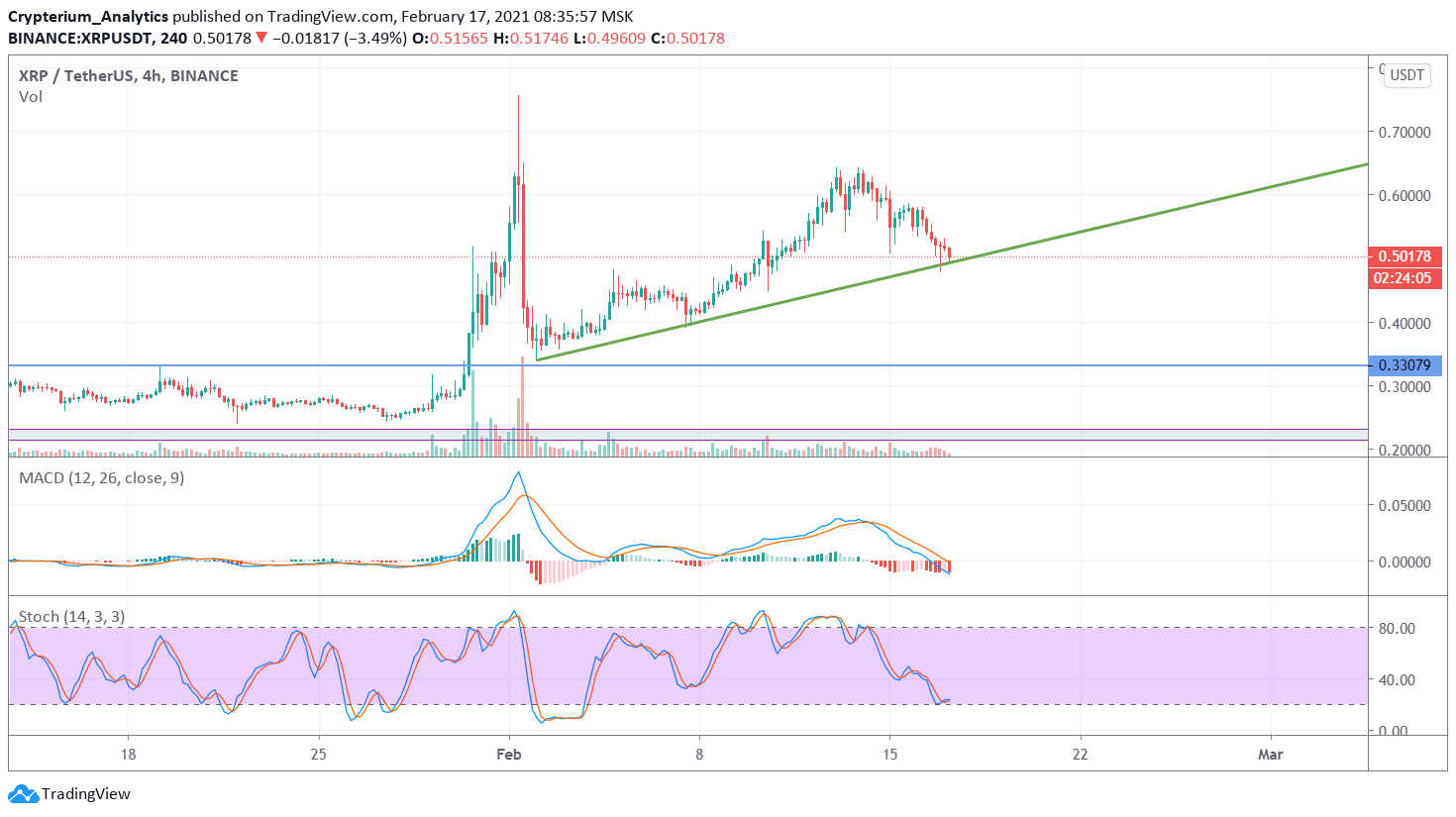 Since early February 2021, XRP has grown slowly and has increased its value by 50%. In recent days, he was overtaken by a correction, which happened amid news that XRP and the SEC would not agree on an out-of-court basis. Since then, the price has dropped 20% from $0.62 to $0.5.

Now the chart has moved down to the border of the uptrend formed since the beginning of February. If its price breaks this line and consolidates below it on the 4-hour timeframe, then the fall may develop into a larger one.

However, we are now seeing a slowdown in the price decline. This is indicated by both the chart itself and the Stochastic indicator, which went down to the oversold line. It is possible that the chart will begin to unfold precisely from these values.

It should also be said that on February 22nd, a hearing is expected between XRP and the SEC, on the results of which the price of XRP will strongly depend. It is possible that the price was pulled up especially for this event.

Also, we are confident that this hearing will have a strong impact on the entire market in the short term. Therefore, this event will need to be closely monitored. But if you decide to hold XRP for the long term, the best choice will be to choose Crypterium, the most secure wallet in the crypto world.