Market volatility has significantly decreased and yesterday was only $1,500 for Bitcoin. This is a very small indicator for the first cryptocurrency. Bitcoin has been trying to set ATH for several weeks, but so far, to no avail.

Let’s take a look at the chart and try to figure out whether the first cryptocurrency will be able to break through this important level and go up: 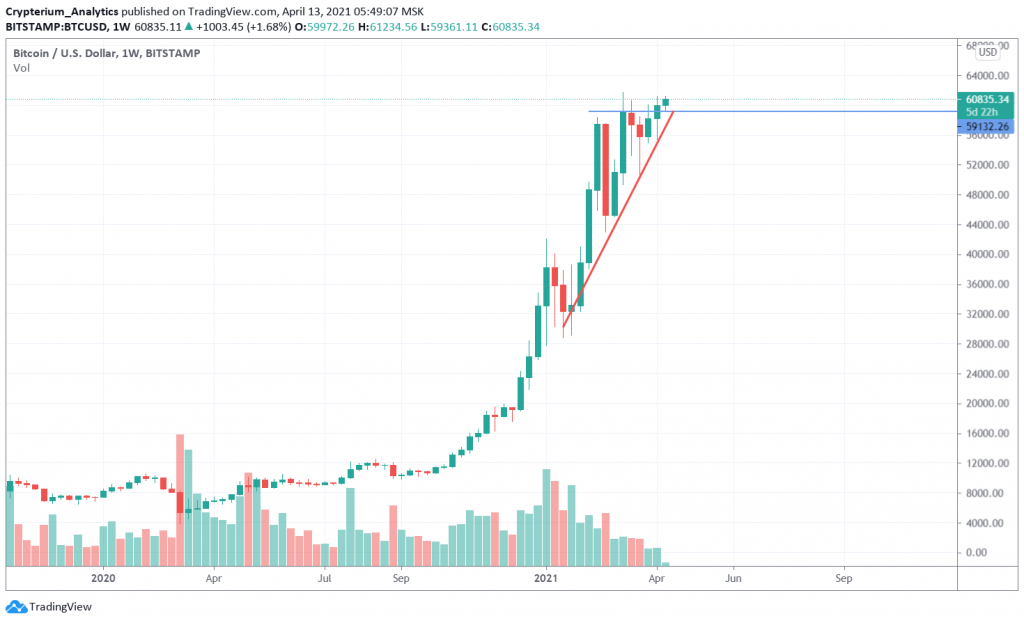 We have deliberately opened a chart on a weekly timeframe so that the situation with the price of the cryptocurrency is clearer. Higher timeframes allow you to remove noise and sudden movements. Thus, a clear picture appeared before us, in which the formed ascending triangle is clearly visible.

This figure has been formed since mid-February, and for 2 months now, we have been watching how the price moves within it. Several times the chart tried to break through the resistance but to no avail. If you look closely, you can see that the last weekly candlestick closed above the upper border of the pattern. In classical technical analysis, this is a clear signal for further growth.

If we take into account the last 3 candles, which are progressively growing, it becomes clear that they clearly indicate a bullish mood in the market. Volatility has significantly decreased in the last month, which indicates the accumulation of positions by various sides of the market.

Bitcoin’s next move can be very sharp and explosive. Approximately the same as at the beginning of 2021. Growth can range from 30% to 50%. However, this movement is not exhaustive. It is quite possible that the schedule could go even higher. We made this conclusion based on the fact that there was a large amount of important fundamental news for the crypto industry. They strongly influence the minds of investors who start purchasing Bitcoin for their long-term investment portfolios. This is clearly indicated by the structure of the chart.

Therefore, the initial target for Bitcoin will be the $72,000 level or a 20% increase from current levels. After the first cryptocurrency reaches this mark, it is necessary to look further – whether there will be growth potential.

How will altcoins behave? To do this, we will open the Bitcoin dominance chart: 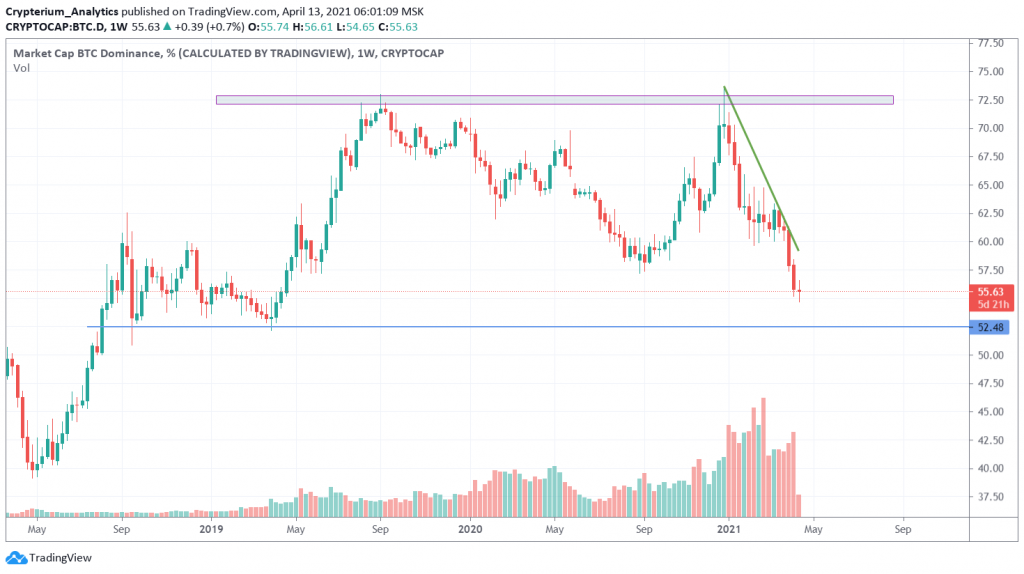 Since 2021, Bitcoin’s dominance has dropped by 20%, and these numbers are comparable to the fall in dominance during the Altcoin season in January 2018th. Now the chart has a clear downward structure, and it looks like the decline will continue up to the 52% level. This means that the altcoin market will continue to grow for now, and this can last from 2 to 4 weeks. Our proprietary AI Price Predictions can identify price patterns more accurately and faster than any technical analysis.