Crypto Daily: Bitcoin Crashed by 20% and Began to Reverse

Such a sharp drop resulted in massive liquidations of long traders. During these 24 hours, positions worth $5.5 billion were liquidated and this became an absolute record for the crypto market in the entire history of observations. For many traders, this day was one of the worst as they caught margin calls and lost their funds.

We predicted all this last week and warned you about such a development of events.

Let’s take a look at the Bitcoin chart to see what to expect next: 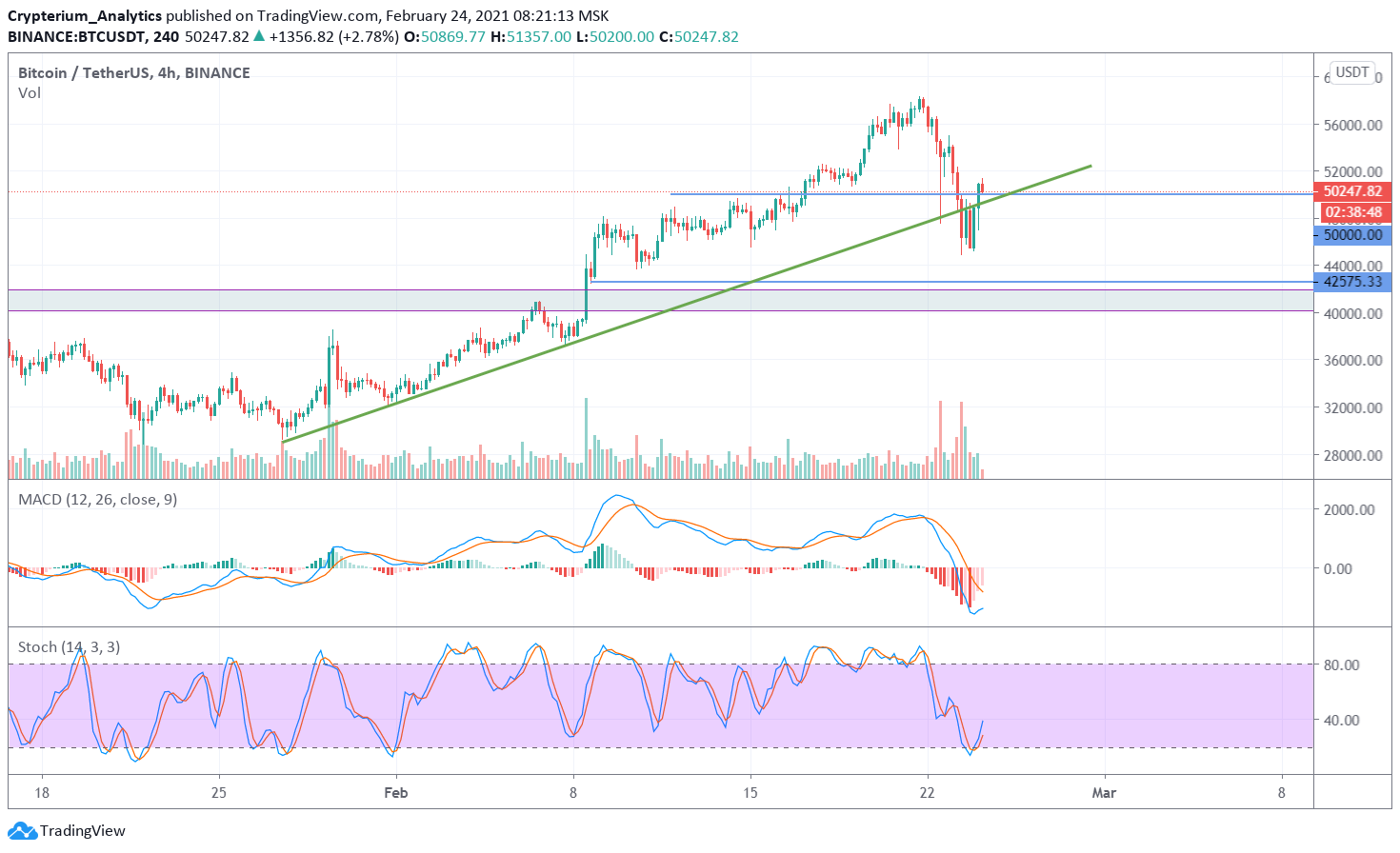 Last week, we started talking about the fact that the Bitcoin price has stopped at the same level and shows signs of a reversal. We expected the price to drop and it happened. Panic reigned on the market and many market participants began to sell Bitcoin, which is very clearly visible on the volume chart.

Also, thanks to this upward jerk, the chart was able to return to the uptrend, which we drew in the form of a green line. On the 4-hour timeframe, the price managed to gain a foothold above it, which is a positive sign. If the chart fixes above $50,000 on the daily timeframe, it will be a signal for new growth.

This is indicated by the indicators which were able to unload. Moreover, they have shifted into the oversold zone and are beginning to reverse. Stochastic has already turned upward on the 4-hour timeframe and is showing a strong growth trend.

MACD has also dropped significantly and its younger middle line has reversed. We think that today it will cross the senior average line and show a new round of growth.

This drop is not out of the ordinary for Bitcoin. We have seen similar falls of 15% – 20% during the entire growth over the past six months. The last of them fell on January 10th -12th, when the price fell by almost 30% and recovered within 3 weeks.

It seems that all this was done on purpose with the aim of knocking the “weak hands” out of the market. In addition, many liquidations only open the way for further growth, as has happened more than once. Therefore, it is already now possible to buy bitcoin again for part of the deposit, since many signs indicate new growth.