Crypto Daily: Bitcoin Crashed at 10%; What Will Happen Next?

Let’s take a look at what happened in the market and what to expect from Bitcoin in the future: 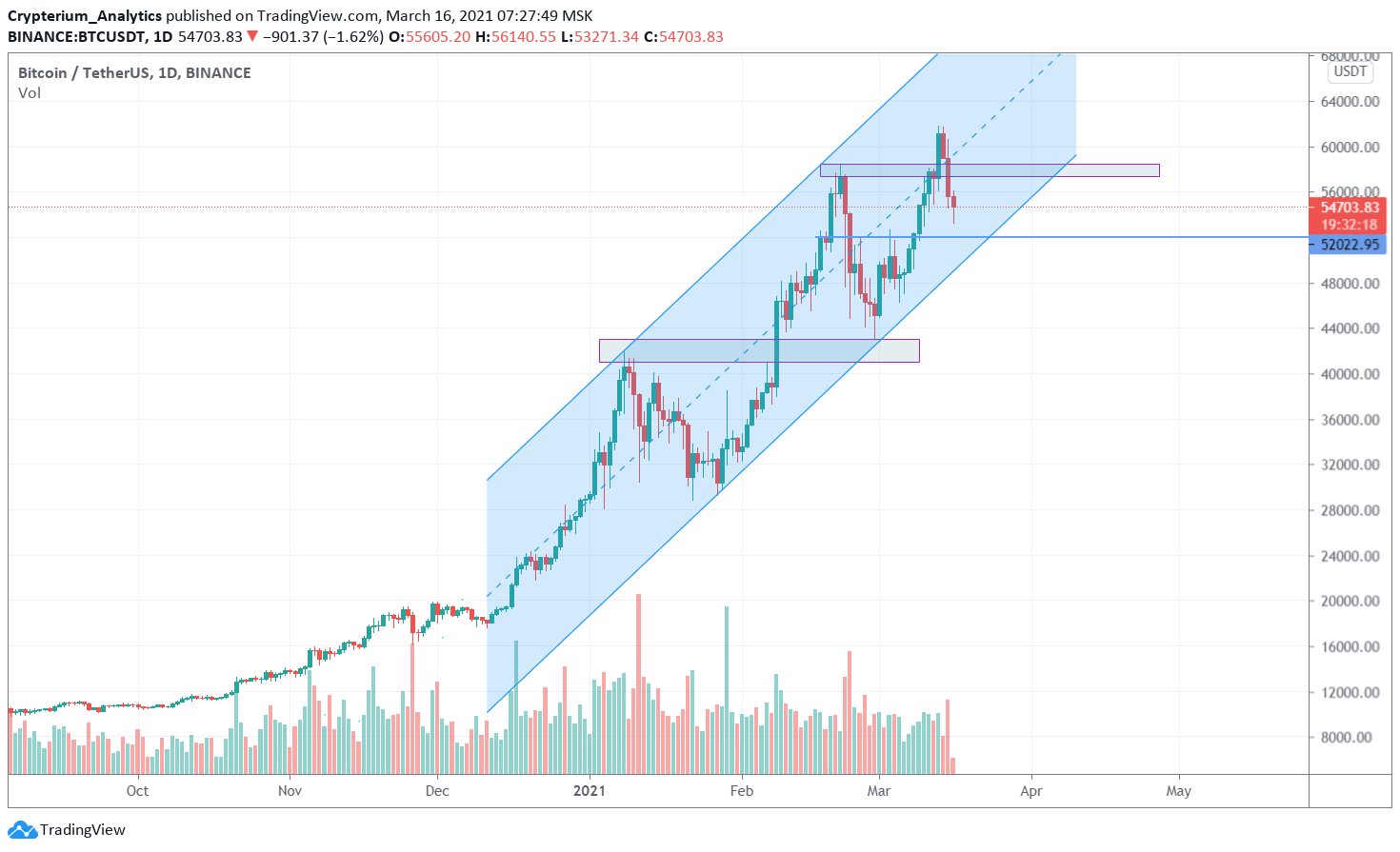 After Bitcoin set a new ATH at $61,844, its price began to decline. Since then, it has already decreased by 13% and continues to fall. During this fall, positions worth over $2 billion have already been liquidated, and this is only in the Bitcoin market. The total volume of liquidations on the crypto market has reached almost $3 billion.

Nothing critical on the Bitcoin chart has happened at the moment. The price failed to gain a foothold above $60,000 and went down below the previous resistance level. In this case, the chart continues to remain in the ascending channel.

Now you need to carefully watch the $52,000 level. With a high degree of probability, the price may come to this mark. If the price goes down below it, the main thing will be that the chart does not go below $49,000. In this case, a massive liquidation of long positions may begin, which will lead to a collapse in the price, like yesterday.

In general, the decline in the area of ​​$49,000 – $52,000 looks logical, because this was preceded by an almost 50% increase in Bitcoin price, which began on March 1st. Therefore, the current correction is only a confirmation of further growth.

If we see accumulation in the $49,000 – $52,000 range, it will be a good signal. Firstly, it will indicate that large players are gaining a position. Secondly, many indicators will significantly unload and this will pave the way for further growth.

Based on this, this week we continue to expect a decline to the $49,000 – $52,000 range. This will be a good starting point for a new cycle of growth. And after that, the road will open up to $72,000. You maycash out your crypto directly to your bank card using the Crypterium App and then buy back to maximize a profit.