The rest of the market continued to fall following the first cryptocurrency. Almost all of the Top-20 altcoins fell by more than 10%, which indicates the flow of capital from altcoins to stablecoins. The only exception is Dogecoin, which has grown by another 20% over the past 24 hours and its price is already $0.40. Thus, in just a week, the Dogecoin price has risen by almost 500%.

Let’s take another close look at the Bitcoin price chart to understand in which direction the first cryptocurrency and the rest of the market will go: 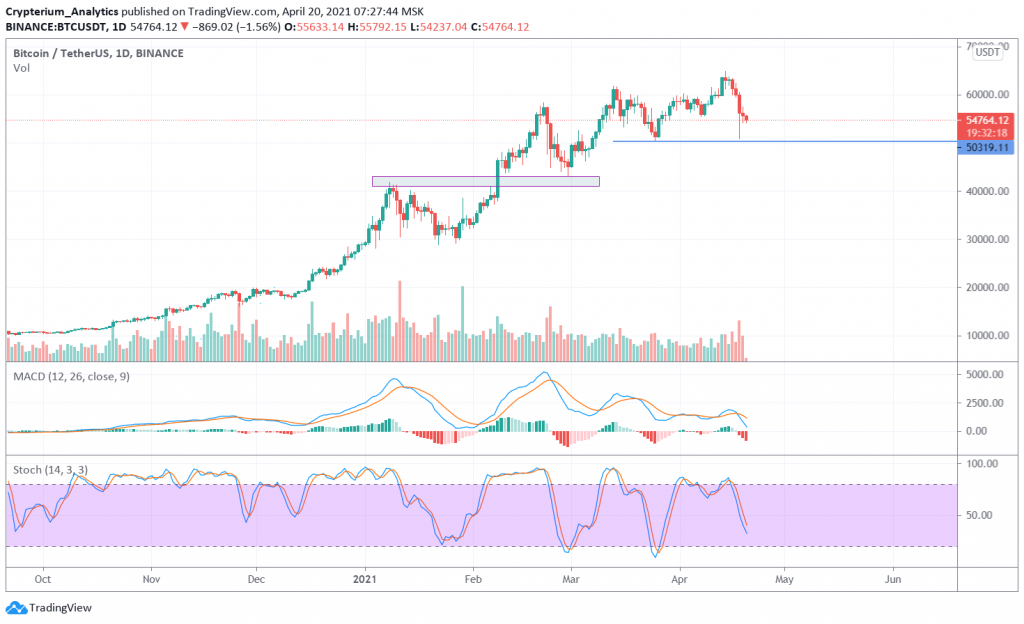 Yesterday’s candle closed below the opening level, which means that the price of Bitcoin has been declining for 4 days in a row. Bitcoin continues to decline today. So far, we do not see any signs of a reversal.

Stochastic is clearly pointing down and judging by its structure, this movement may continue during this week. The current correction will significantly relieve the chart.

The main support level on the chart is in the $50,000 – $51,000 range. Most likely, it is to this mark that the chart will come within the next 7 days. Here we will see the denouement of the struggle between buyers and sellers. Depending on its outcome, it will become clear whether the weekend collapse is a trend reversal or not.