Even more interesting is that many altcoins did not follow Bitcoin and did not fall, on the contrary, they even grew. For example, XRP, UNI and THETA prices increased. Thanks to this, Theta took 10th place by capitalization and displaced Chainlink.

Let’s take a look at what happened on the market and what to expect from Bitcoin in the near future: 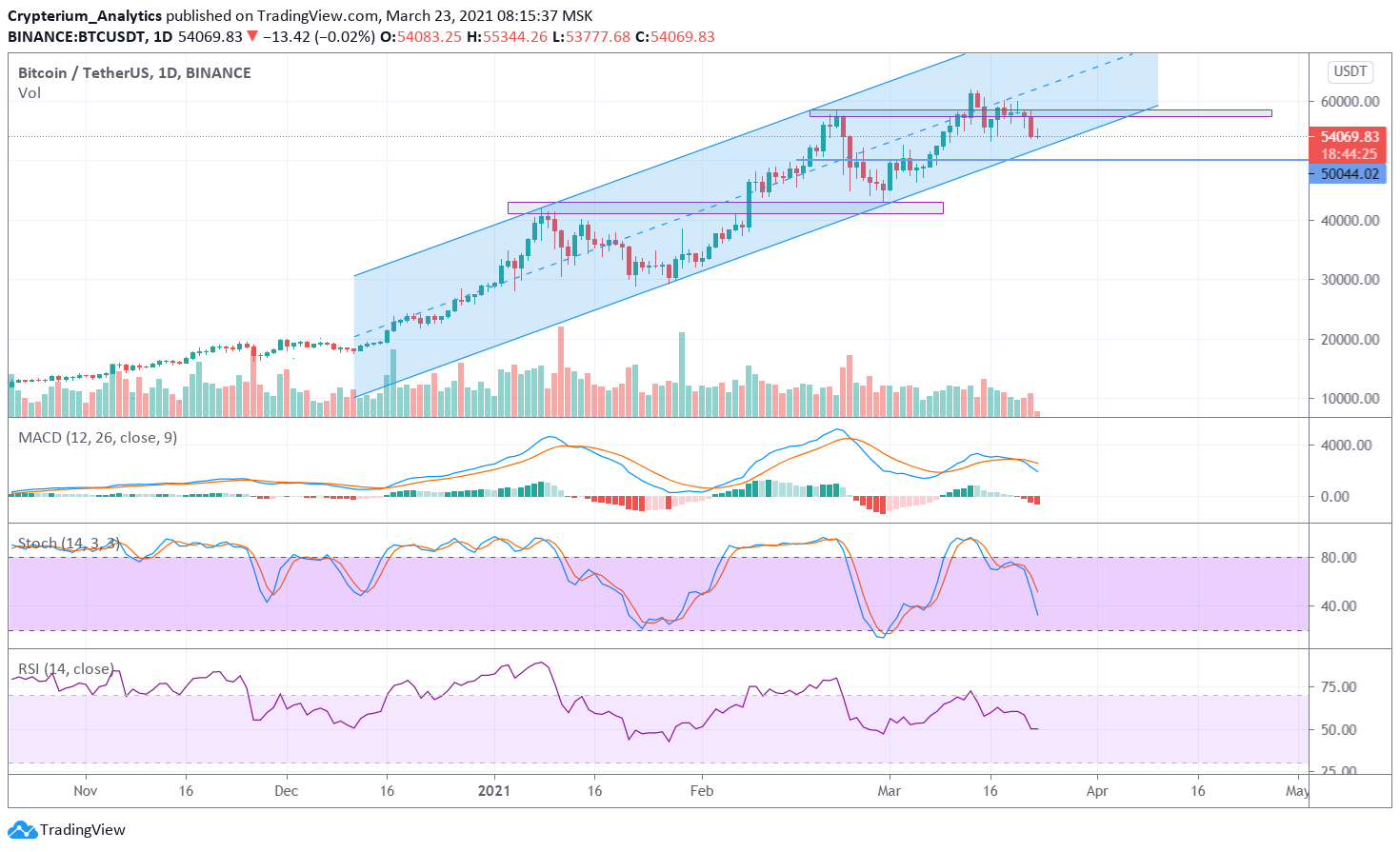 The chart could not hold near the middle line of the ascending channel and began to roll back to the lower border. At the moment, the lower border of the channel corresponds to the level of $52,000. There is a very high probability that the price will come to this level.

However, this may not be limited to. The strongest support is in the $49,000 – $50,000 range. We think that price will go to this area. Usually, these levels are significant because there are a lot of stop-losses around them.

The last such level was $57,000. It was after its breakout and 4-hour candle closing below this level, the price began to plummet downward, collecting many stop-losses. Proof of this is the volume of liquidations just in the Bitcoin market, which amounted to about $900 million.

The indicators also indicate the continuation of the fall. Stochastic has confidently broken through the middle line and is moving towards the oversold line. RSI is testing the middle line for the second time and should break it down soon. The MACD also went into a downtrend after the last top failed to set a new high.

All this indicates that the fall will only continue. However, it should be noted that he may not be as fast and strong. Perhaps, the price will reach the $49,000 level and then turn upward. Problems can arise if the price consolidates below $49,000 on the 4-hour and daily timeframes. In this case, the chart could go down to $42,000. You have an opportunity to cash out your profit directly to your bank card with zero fees.

We continue to closely monitor developments in the market and will alert you to changes in the situation.