The price of Bitcoin has dropped significantly over the past 24 hours – by almost 11%. Yesterday we warned that this alignment was most likely and our words were confirmed. Bitcoin is currently trading at $31,000. 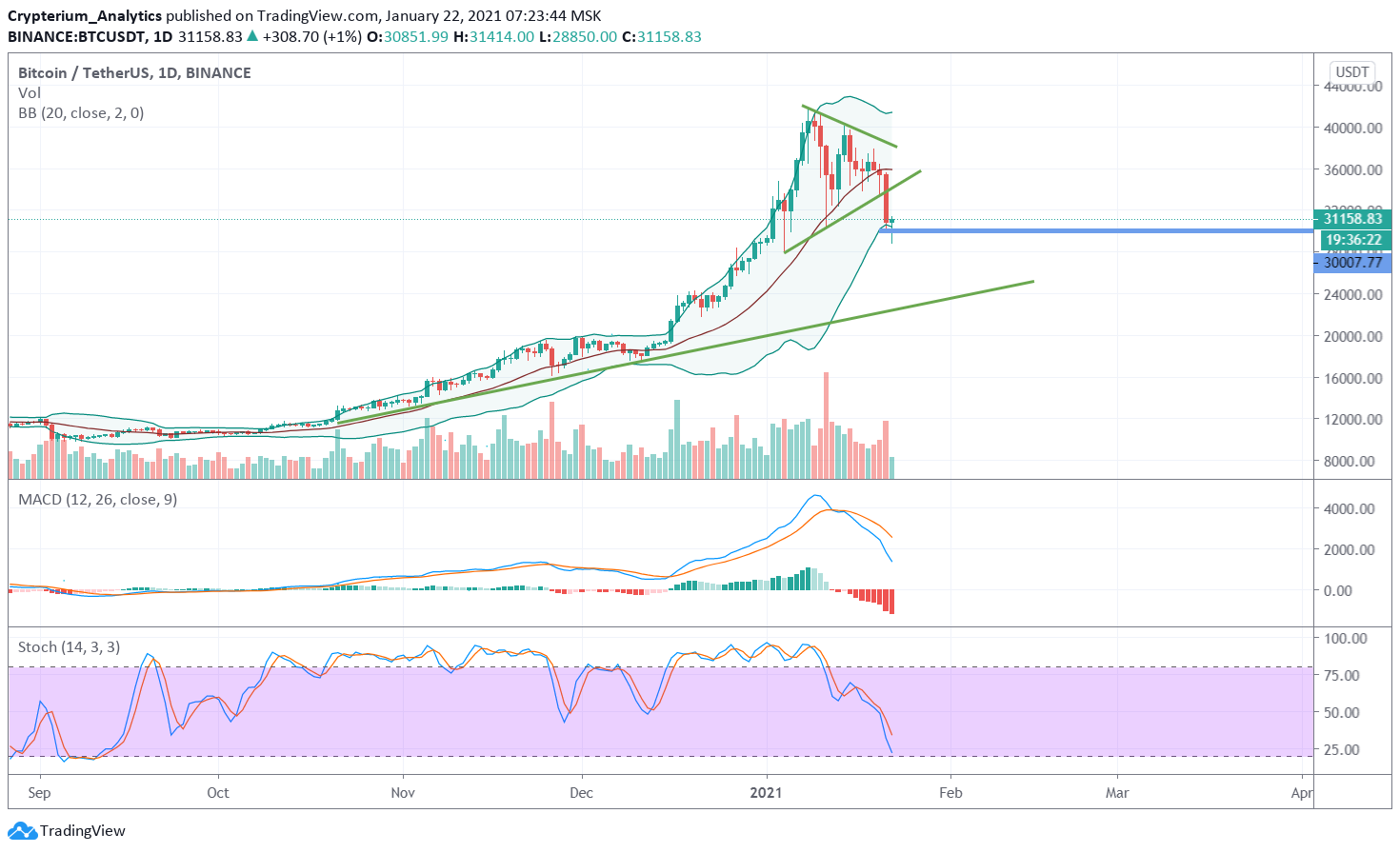 As we expected, with the breakdown of the lower border of the triangle, Bitcoin went to the range of $28,000 – $ 30,000. It was a great area to buy Bitcoin. The $30,000 level was broken very easily. All of this resulted in large liquidations of $1 billion in the Bitcoin market alone.

The fall in price had a strong impact on the technical indicators. Thus, Stochastic approached the lower border, near which it was last 4 months ago – in mid-September. MACD turned around for a long time and continues to fall for the last 2 weeks, at the moment this technical indicator has dropped by 40% from the maximum. It should also be noted that the fall in price stopped near the lower Bollinger border and most of the fall at the current moment has won back.

All of the above tells us that in the coming days we will see a rebound in the price of Bitcoin. Most likely, in the coming days, Bitcoin will test the lower border of the triangle in the range of $34,500 – $36,000, which means an increase of 10% – 15%. And after that we can see a new decline. 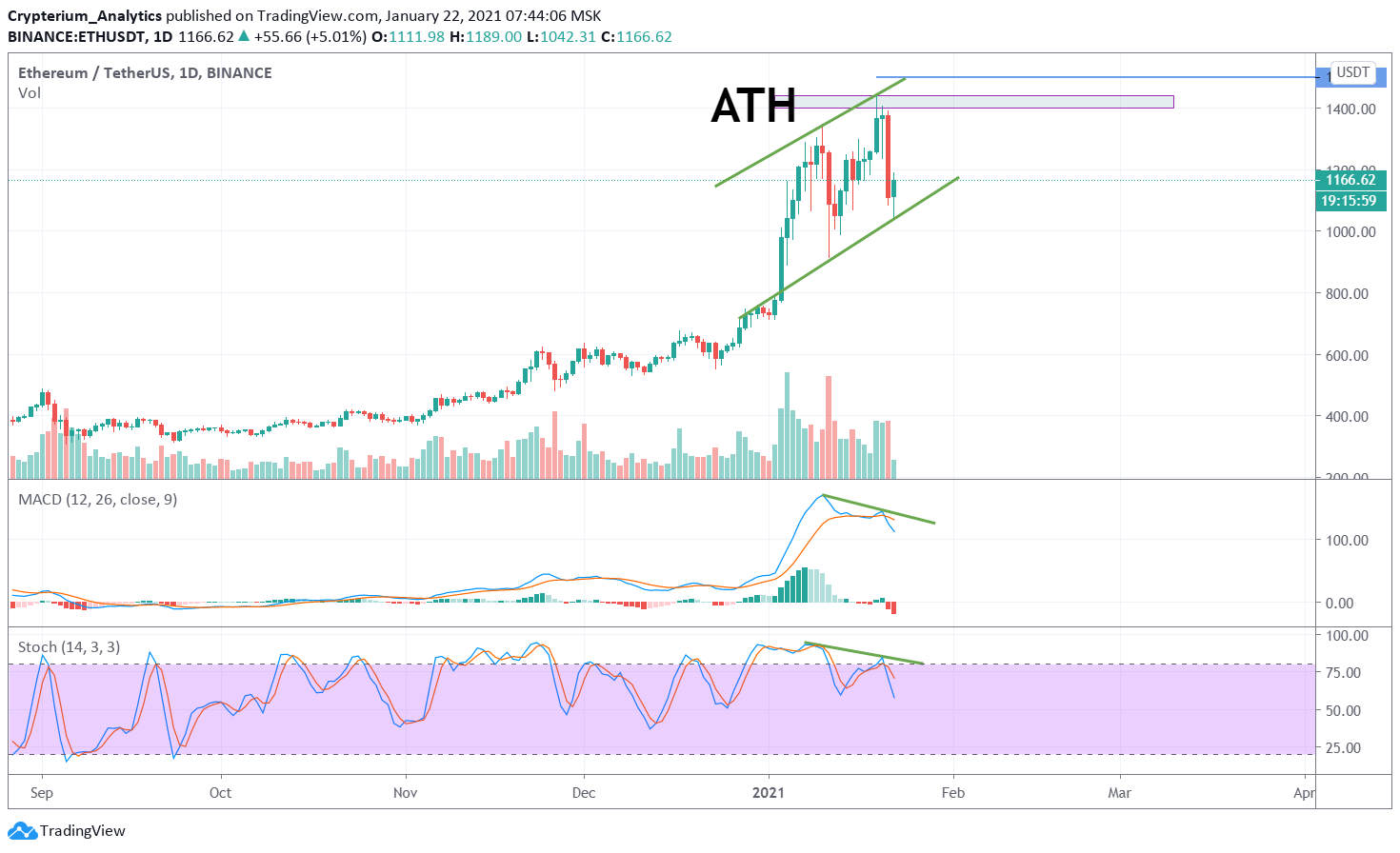 Despite the strongest drop from $1,400 to $1,100, Ethereum continues to remain in an upward channel. Will he be able to install the new ATH will become clear in the next 3 days.

However, now we have doubts about this. First of all, due to the fact that the indicators have bearish divergence. Both MACD and Stochastic have the last tops lower than the previous ones. This runs counter to the price chart, as a rule, this pattern indicates a mismatch between buying activity and price growth, which subsequently leads to a fall.

In the event that the Ethereum price fixes on the daily chart below $1,050, then we will see a decline up to $900. And already from how the market participants behave near this level, it will become clear whether the uptrend will be broken.

To be among the first to understand this, read our daily market research reports.