The market positively reacted to the first cryptocurrency growth, and the rest of the coins also showed slight growth. Only 4 altcoins from the Top-100 cryptocurrencies showed negative results yesterday.

Is this rise in Bitcoin a reversal, or is it a small bounce? Let’s figure it out: 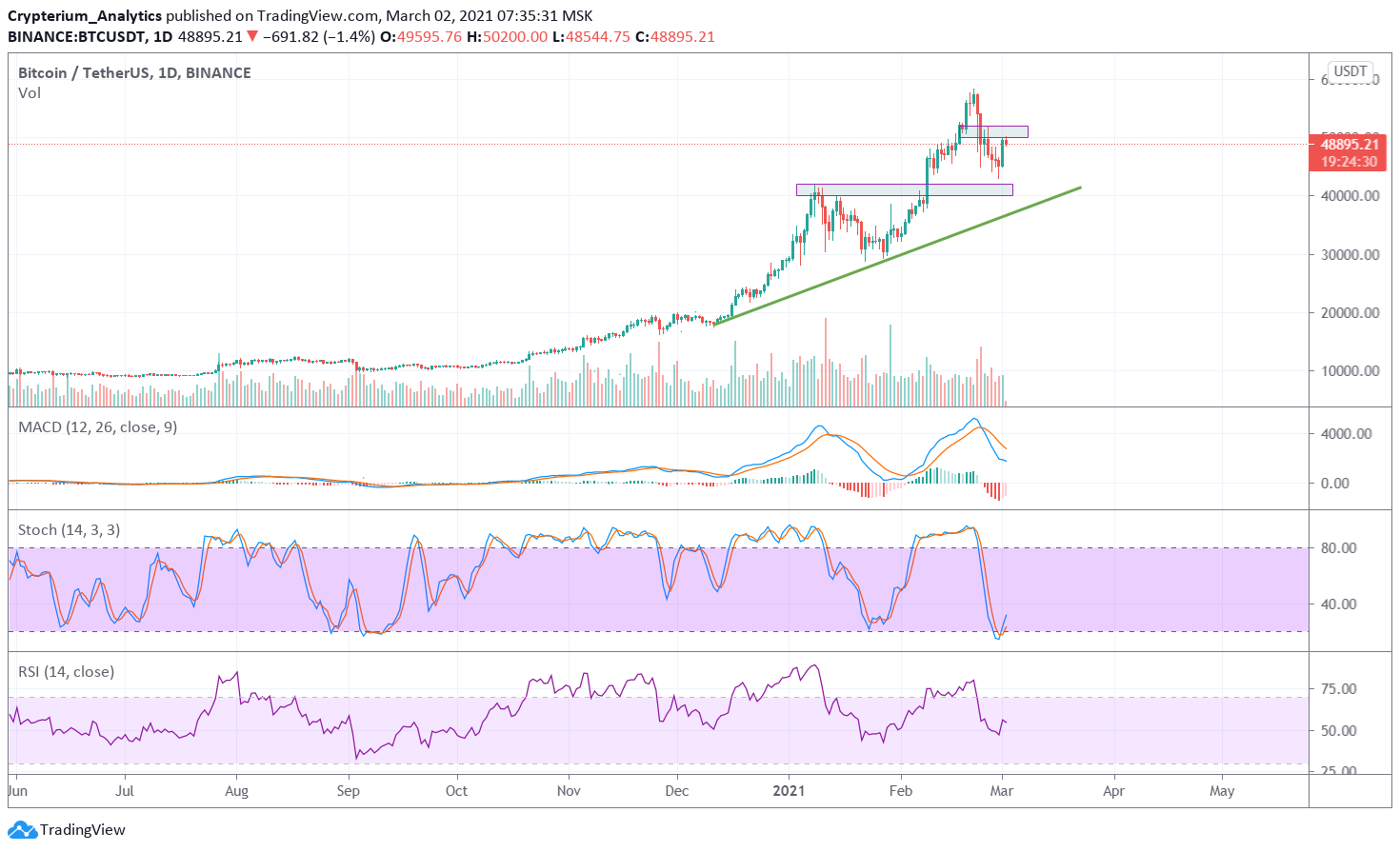 On the daily timeframe, the situation started to improve. The price managed to grow from $43,000 to $50,000 per day and hit the resistance level. Quite a lot of positive news for the crypto industry came out yesterday, and this contributed to the growth of Bitcoin.

Stochastic dropped significantly over the last week and even broke through the oversold line, but yesterday’s rise allowed it to reverse. RSI went down to the midline, after which a reversal occurred, and there is a high probability that the growth will continue further.

MACD also shows signs of reversal and has not divergences.

Now let’s take a look at what happens on the 4-hour timeframe for Bitcoin: 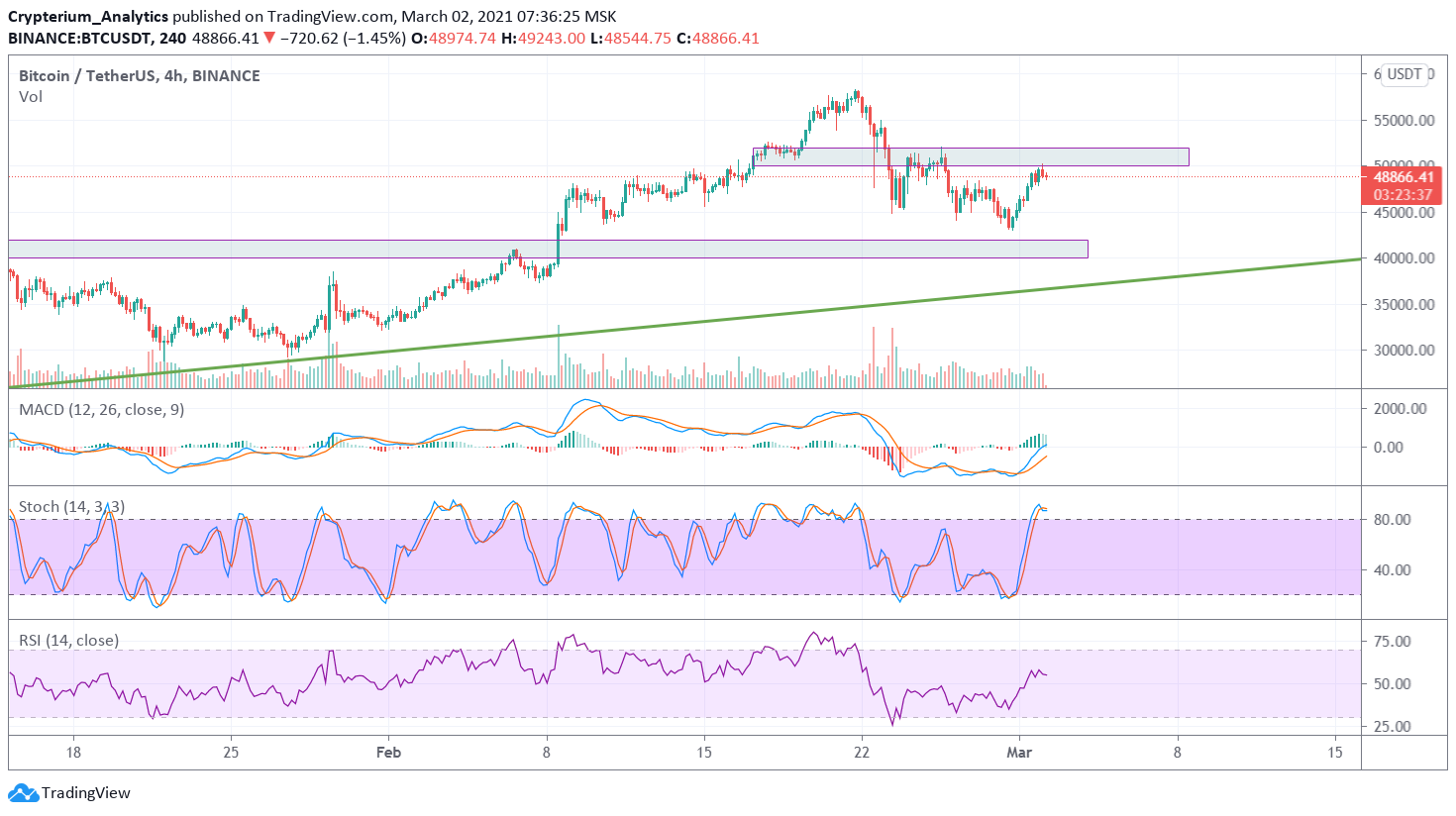 Here we also see that the price went up confidently, and all indicators followed it. The nearest resistance will be the $50,000 – $52,000 range. If the price can gain a foothold here, then this will be a confirmation of further growth.

Nevertheless, the chart could not gain a foothold in this zone the first time, and a slight rollback is possible. Stochastic and Bollinger Bands indicate this. Therefore, a descent to $46,000 is possible. Most likely, it is from these levels that an upward reversal will occur, and the price will again test the indicated resistance zone.

The best solution would be to buy bitcoin after the 4-hour candlestick fixes above $50,000. In this case, the upside potential opens up to $60,000.

The option with a further strong fall is becoming unlikely, but we do not exclude it so far. A signal for this may be consolidation below $42,000.

We have already observed a similar drop this year at the beginning of January. Then Bitcoin fell by 25%, but after that, its price almost doubled. Such corrections only contribute to an uptrend and provide another chance to buy bitcoin and make a profit.