Will Bitcoin continue to rise or will the chart turn down again? Let’s take a look: 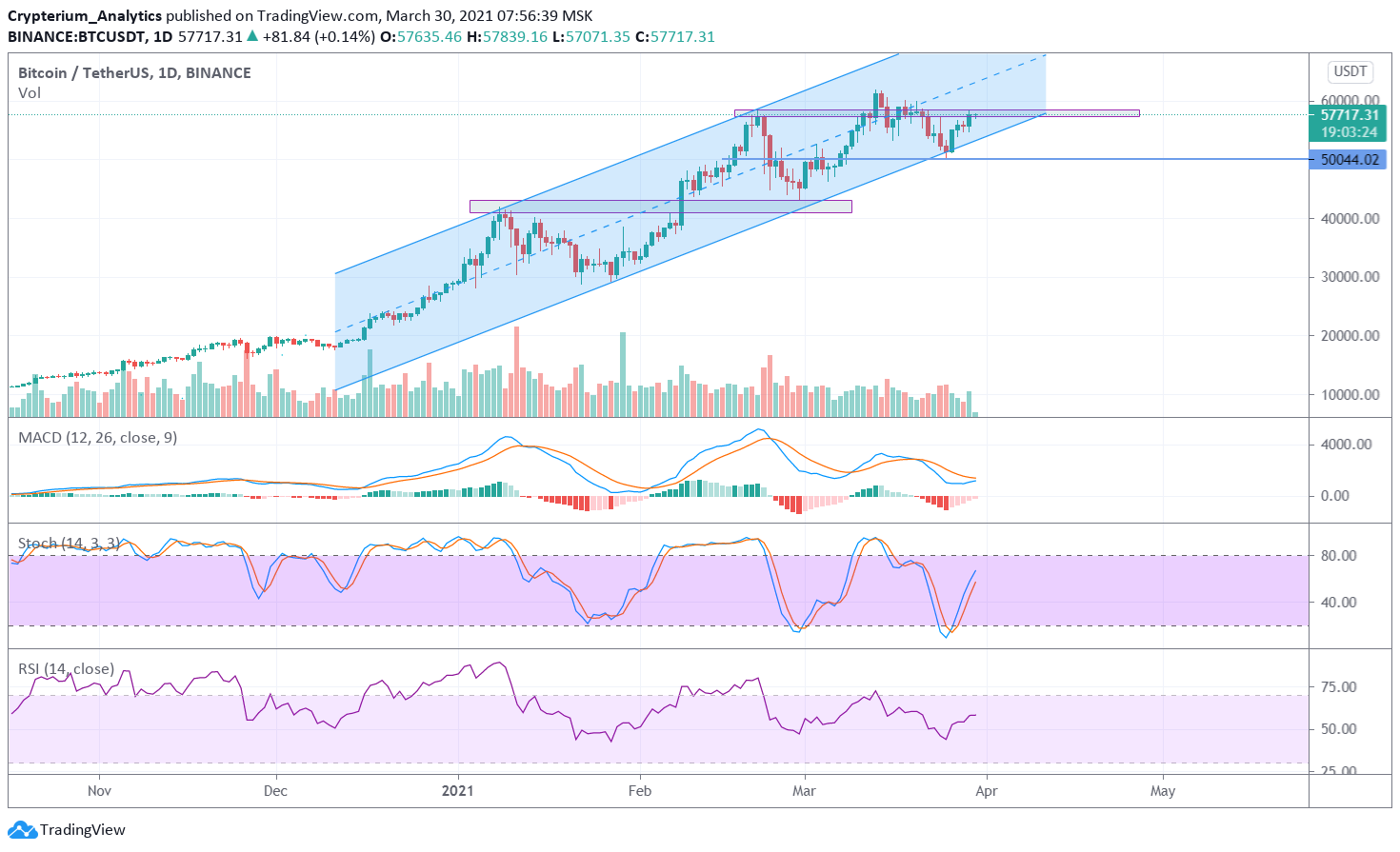 As you can see from the chart, the price bounced off the lower border of the ascending channel and has already increased by 15% from March 26th. As we expected, the price settled in the $57,000 – $58,000 range. This is an excellent signal that increases the likelihood of further growth.

Now we can say for sure that the $50,000 level has become the defining one in the current chart structure. This is where we saw strong support from buyers, as well as the accumulation of positions. Based on this, we can assume that major players entered at this level and now it is pushing the price up.

On the indicators, the picture is quite optimistic. MACD turned up and the lower average crossed the higher average line. This suggests that in the next few days we may see an increase in price growth.

Stochastic has unloaded quite a lot after falling from $61,500 to $50,000. Both lines broke through the oversold line and sharply turned upward. With almost 100% probability, Stochastic will break through the upper border and can gain a foothold there for a long time, as has happened more than once.

RSI had been near the middle line for some time and had been in equilibrium. However, the price drop at the end of March affected him as well. Here we also see a quick bounce and an upward reversal. Judging by the RSI, we can say that the chart has a large amplitude for an upward movement.

We are very confident that in the coming days Bitcoin will again reach the $60,000 level and will attempt to establish a new ATH. This will be the third attempt in March and this time it may be crowned with success. In this case, we think that the price rise will be very rapid and the chart may reach the $72,000 – $75,000 range within a week.

The current phase of the market makes it relatively safe to buy Bitcoin in anticipation of a new round of growth. Follow our analytical materials and stay updated on market developments.