Market growth is fueling many rumors about the purchase of Bitcoin by large companies such as Apple. In addition, Mastercard announced yesterday that it will introduce cryptocurrencies into its services, which triggered a new wave of Bitcoin’s popularity. And also yesterday Elon Musk posted a picture encouraging people to buy cryptocurrency.

All of this had a strong impact on the market and we saw significant growth. Let’s see if this will continue further. 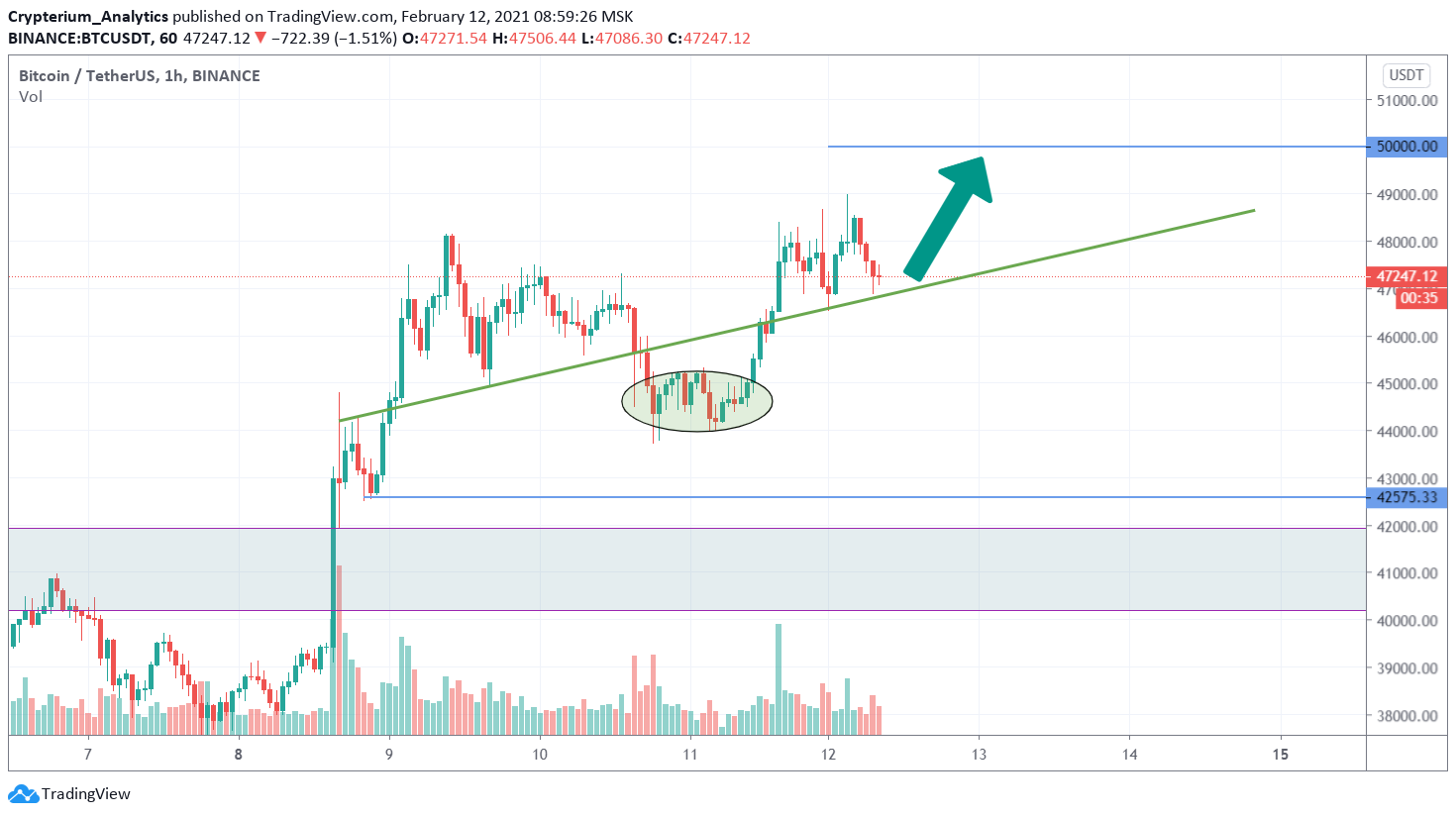 Bitcoin continues to move in an uptrend along the green line as shown in the chart. It is also clearly seen that on February 10th – 11th, the position was accumulating in the range of $44,000 – $45,000. There was an exit from accumulation yesterday evening and the price reached $49,000.

We think that by the end of the week, Bitcoin will set a new ATH and test the $50,000 level. Growth is still more likely as buyers show signs of strength.

Ethereum is showing signs of weakness. For a long time, it does not show a strong upward movement, although many highly capitalized altcoins have shown growth by tens of percent during this time. In addition, a downward exit from the wedge is now taking place, which signals a possible fall. If the price on the 4-hour timeframe fixes below $1,760, then the ETH price may fall to $1,600 – $1,650.

However, we expect explosive growth from the rest of the market. We think that over the weekend, many altcoins will again rise significantly in value and the total crypto market capitalization could reach $1.5 trillion. Don’t waste your time, sign up toCrypterium and buy bitcoin instantly with your bank card.