Crypto Daily: Bitcoin Grew to $54,000 and Ready to a Strong Move

Perhaps this growth was influenced by the US Senate’s decision to print another $2 trillion and the distribution of money to the general population. However, in addition to this, there was enough positive news that could affect the rate of the first cryptocurrency.

Let’s take a look at the Bitcoin chart and try to figure out what to expect from it in the near future: 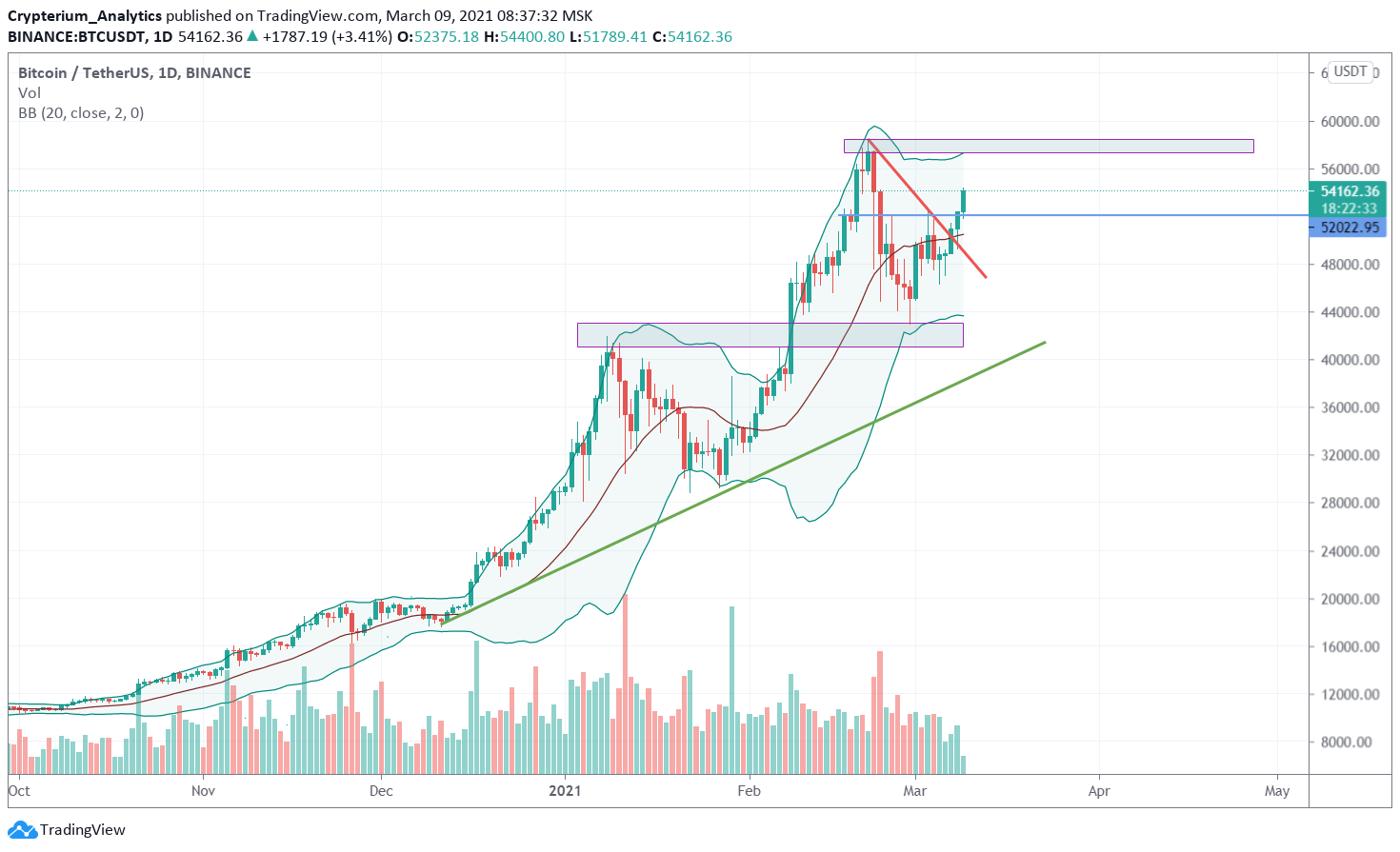 Bitcoin broke through the downtrend (red line) and consolidated above it on the daily timeframe. We have already said that such a pattern will lead to further growth, and our assumption was justified. Since then, the price has increased by 8% and shows further preconditions for growth.

It is also important to note that trading volume has started to rise slightly in the last three days, and this was accompanied by an increase in the price of Bitcoin. By technical analysis, this is a strong bullish signal for the chart.

After the breakdown of this trend line, the chart has already tested it from top to bottom. This can be clearly seen in the 4-hour timeframe. Also, the price consolidated yesterday above the important resistance level of $52,000 on the daily timeframe. This triggered further growth.

That being said, we think that today we can see a small stop and a descent to $52,000. This will unload the indicator and open up room for new growth. All of this can happen within 8 to 16 hours.

After that, the price can start growing again up to $57,000. Most likely, we will see a stop in this zone since this is where ATH and the last major resistance are located. To break through this level, some positive news is likely to come out, which will force market participants to return to buying actively.

If the Bitcoin price closes on a daily timeframe above $57,000, this will trigger further growth. Don’t miss the opportunity to make a huge profit in this crypto rally. All these events can happen quickly enough, so you need to keep track of the schedule in the coming days. If you don’t have time for this, just read our analytics and use it.