Crypto Daily: Bitcoin and Ethereum are Ready to New Growth

Let’s take a look at the chart of Bitcoin and Ethereum and understand what to expect from them in the near future: 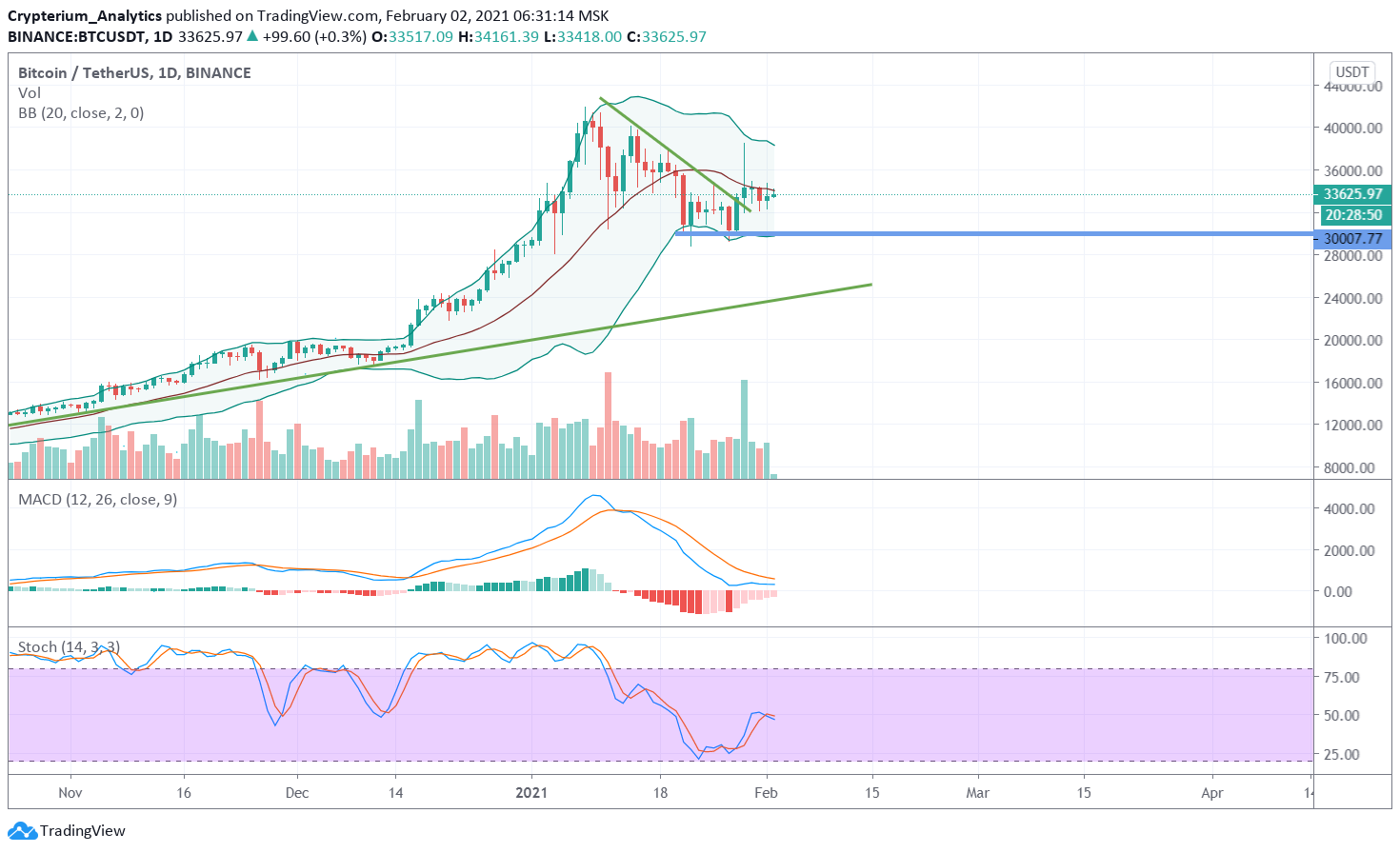 The Bitcoin chart continues to hover around the $33,000 level. This mark corresponds to the middle Bollinger band and is a strong resistance at the moment. It seems that it is in this zone that positions are being accumulated for a further upward push.

The possibility of growth is also indicated by Stochastic, which is also in equilibrium now and has a large margin for an upward move. MACD has almost completely reversed and in the coming days the younger moving average may cross the older one, which will indicate a change in the downtrend.

Since January 10, we have seen the first serious correction, during which many major players only strengthened their purchases. This can greatly affect the price of Bitcoin in the coming days.

Now let’s take a look at the Ethereum chart: 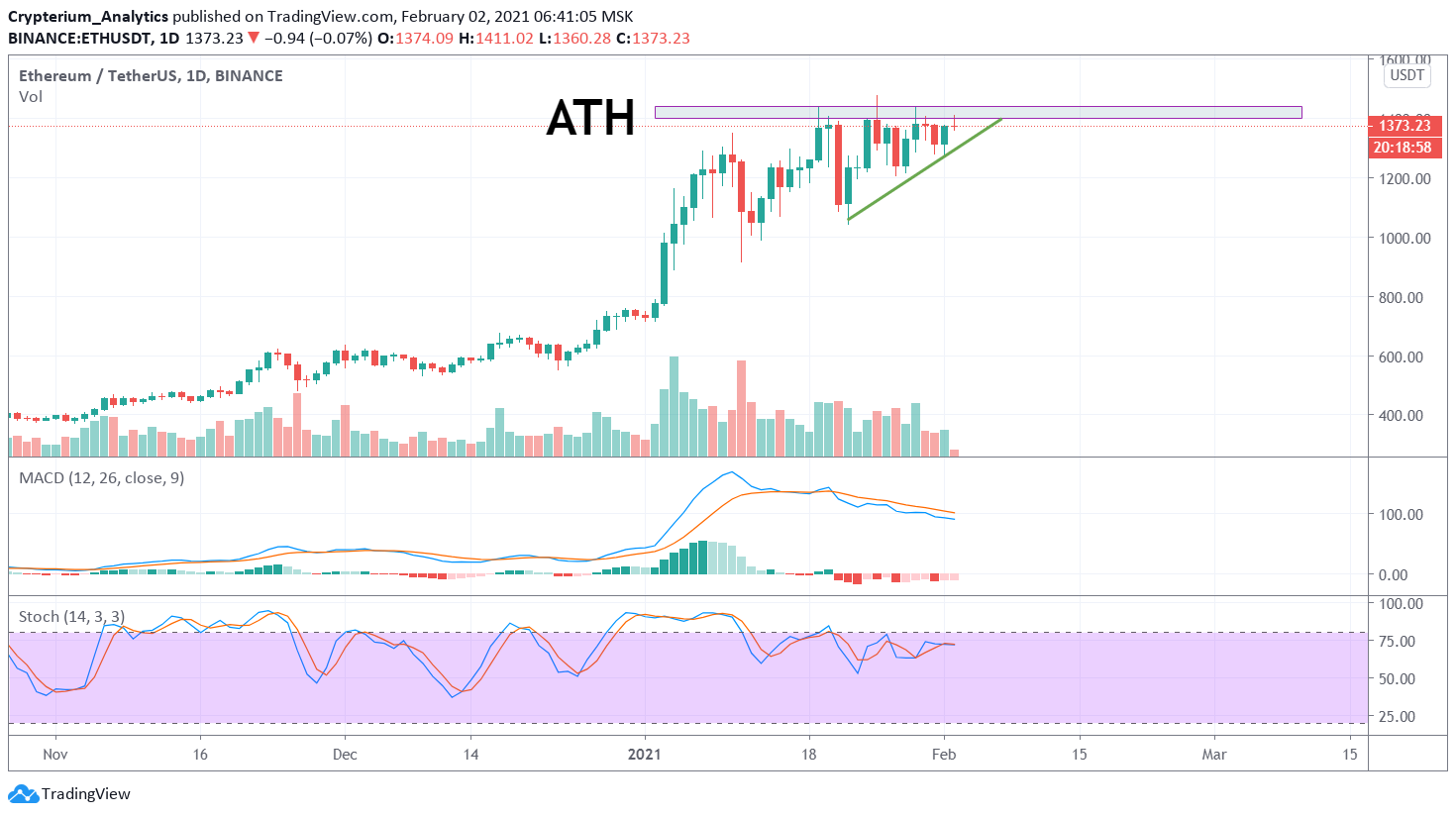 Ethereum is also pretty clear. During the last 2 weeks, the chart has been trying to break through ATH and gain a foothold above $1,450, but so far it has failed. However, now the “ascending triangle” pattern has clearly formed on the chart, which is a signal for growth.

In addition, CME futures contracts are expected to launch soon (February, 7th). Before this event, many market players will try to increase the price of the asset, so in the coming days we can see a significant rise in the price of Ethereum.

If you don’t want to make a bad decision, use our accurate daily forecasts for altcoins with Crypterium AI Price Predictions. Our proprietary AI technology identifies price patterns more accurately and faster than any professional trader.