Let’s look at the Bitcoin chart and see what to expect from it in the near future: 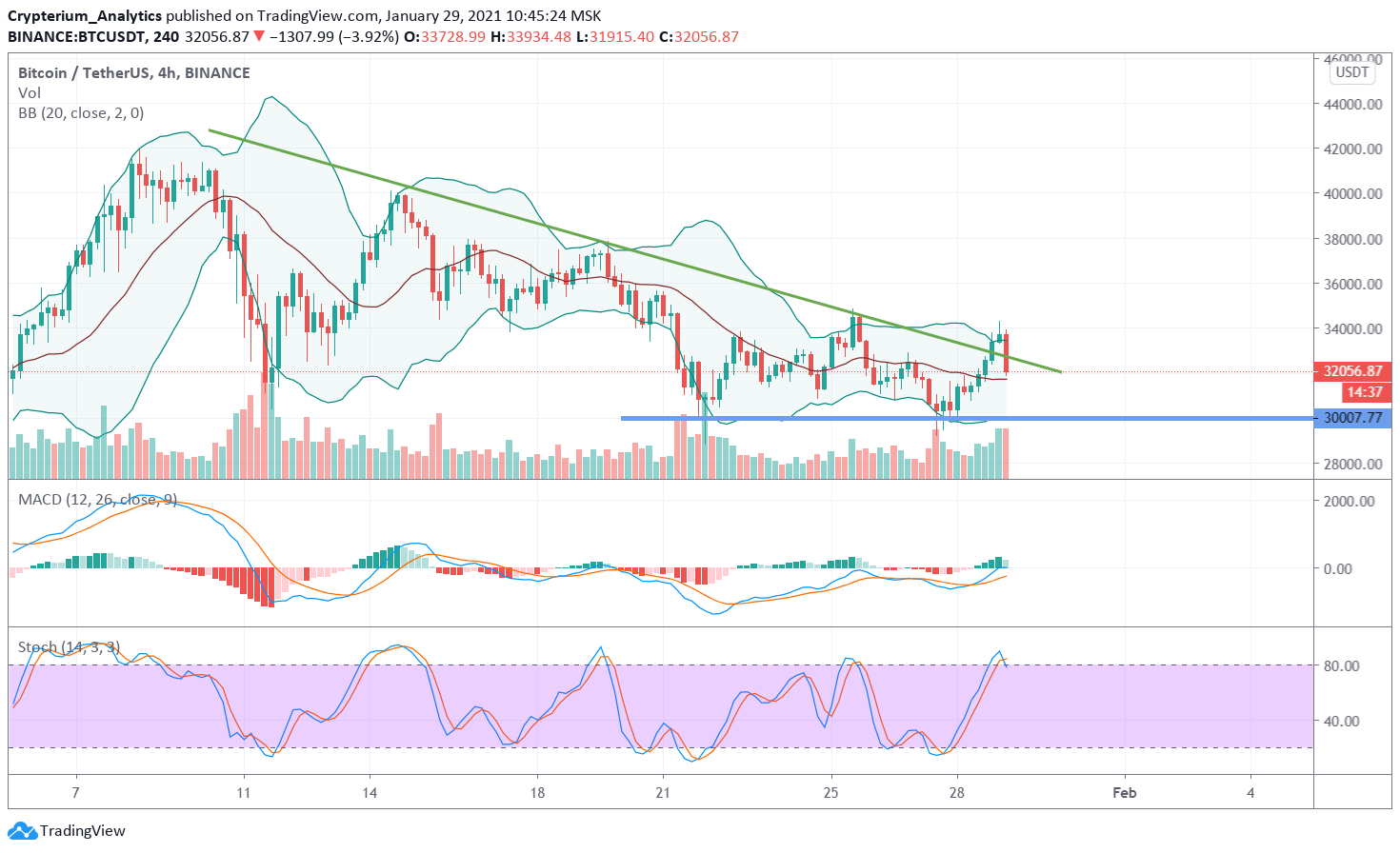 The descending triangle is clearly visible on the 4-hour and 1-hour timeframes. At the same time, Stochastic shows overbought on these timeframes. Bollinger Bands also indicate a fresh decline towards the $30,000 level.

But on the daily timeframe, the picture is different: 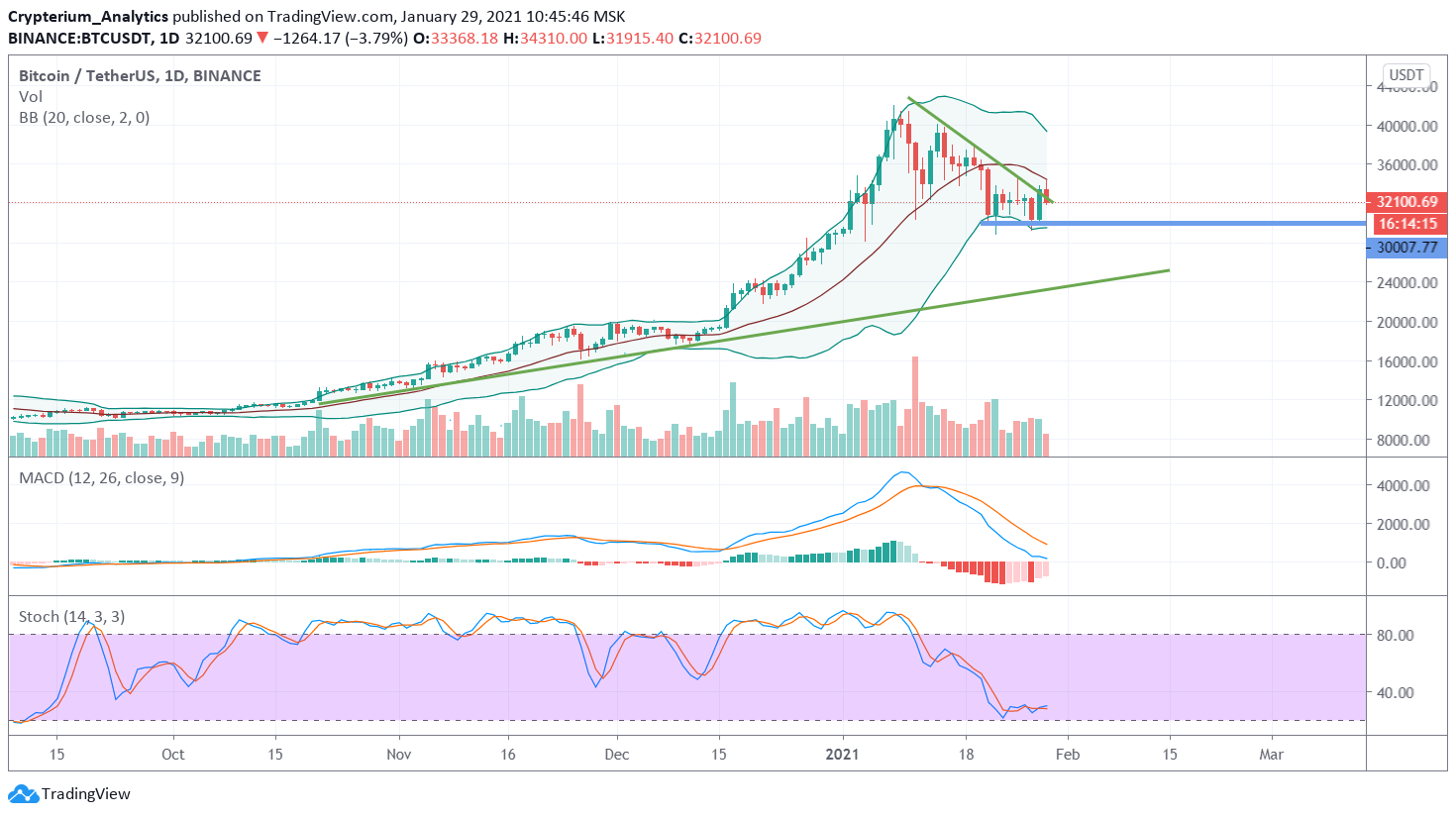 Over the past 7 days, the price of Bitcoin has fluctuated in the range of $30,000 – $34,000. Stochastic indicates that the chart is near the oversold line. In addition, the price has been near the lower Bollinger border for a long time, which means that now it is necessary to wait for a movement to the upper border, which is now at $40,000. The MACD has also started to show signs of a reversal over the past week.

All this indicates that now we see a set of positions in this range for a further breakthrough. This is additionally indicated by the fact that yesterday’s candlestick broke the descending triangle upward and fixed there.