The entire altcoin market began to show significant growth, during which the price of many coins increased by 10% or more. Dogecoin was again an exception, as its price dropped by 25% from $0.42 to $0.32.

Today we will analyze the Ethereum chart in order to understand in which direction the second cryptocurrency in terms of capitalization will move: 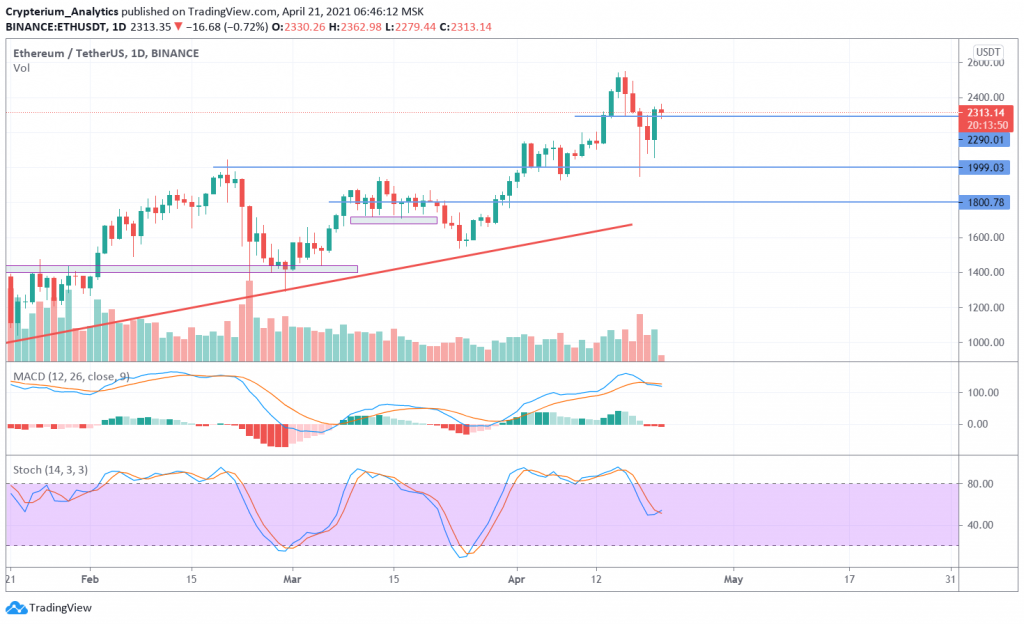 On the daily timeframe, you can clearly see that a new candlestick formation has formed – a bullish engulfing. The body of yesterday’s daily candlestick completely covered the bodies of the two previous red candles. According to classical technical analysis, this is a signal for further growth.

The Stochastic indicator also slowed down its decline. It stopped near the 50 level, which is always strong resistance, and began to reverse from that level. MACD has also declined, but not by much, and seems to be ready to reverse and start a new rally.

On the 4-hour timeframe, the situation is as follows: 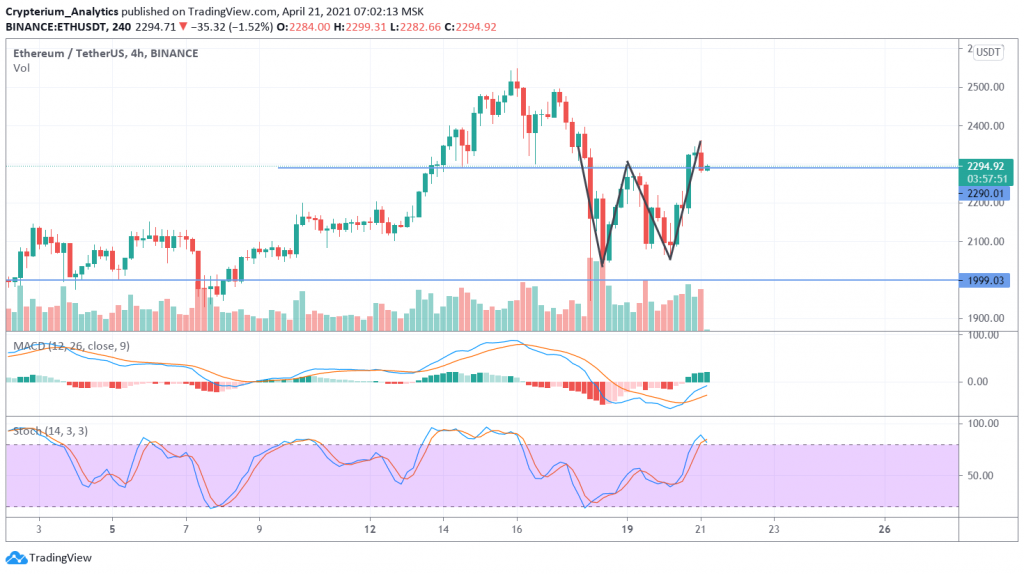 Here it is quite clear that a “double bottom” pattern has formed on the chart, which is a reversal for a downtrend. Buyers tried twice to break through the $2,100 level and gain a foothold below it. However, they were unable to do so and the bulls pushed the price higher, over $2,300.

We think that after that, the price may move sideways within a few days and decreases to $ 2,200. This will help relieve the indicators before further growth. Also, this level will be the best entry point in the current situation.

After that, we expect to see the Ethereum price rise back to $2,500 within a week and be able to set a new ATH. If the chart is able to gain a foothold above $2,500, then the possibility of price growth up to $3,000 opens. If you have sold ETH, it will be a good time to buy back and wait for a new horizon.