Over the past day, the price of Bitcoin has increased slightly – by 2.5%. Thanks to this, the chart has consolidated above the key level of $58,000 and continues to remain there at the moment. Less than 5% is left to the all-time high and Bitcoin can test it again any day.

However, we talked about this in yesterday’s article, but today we want to analyze the chart of the second cryptocurrency – Ethereum. Let’s analyze price movements and see what you can expect from the price of the largest blockchain platform: 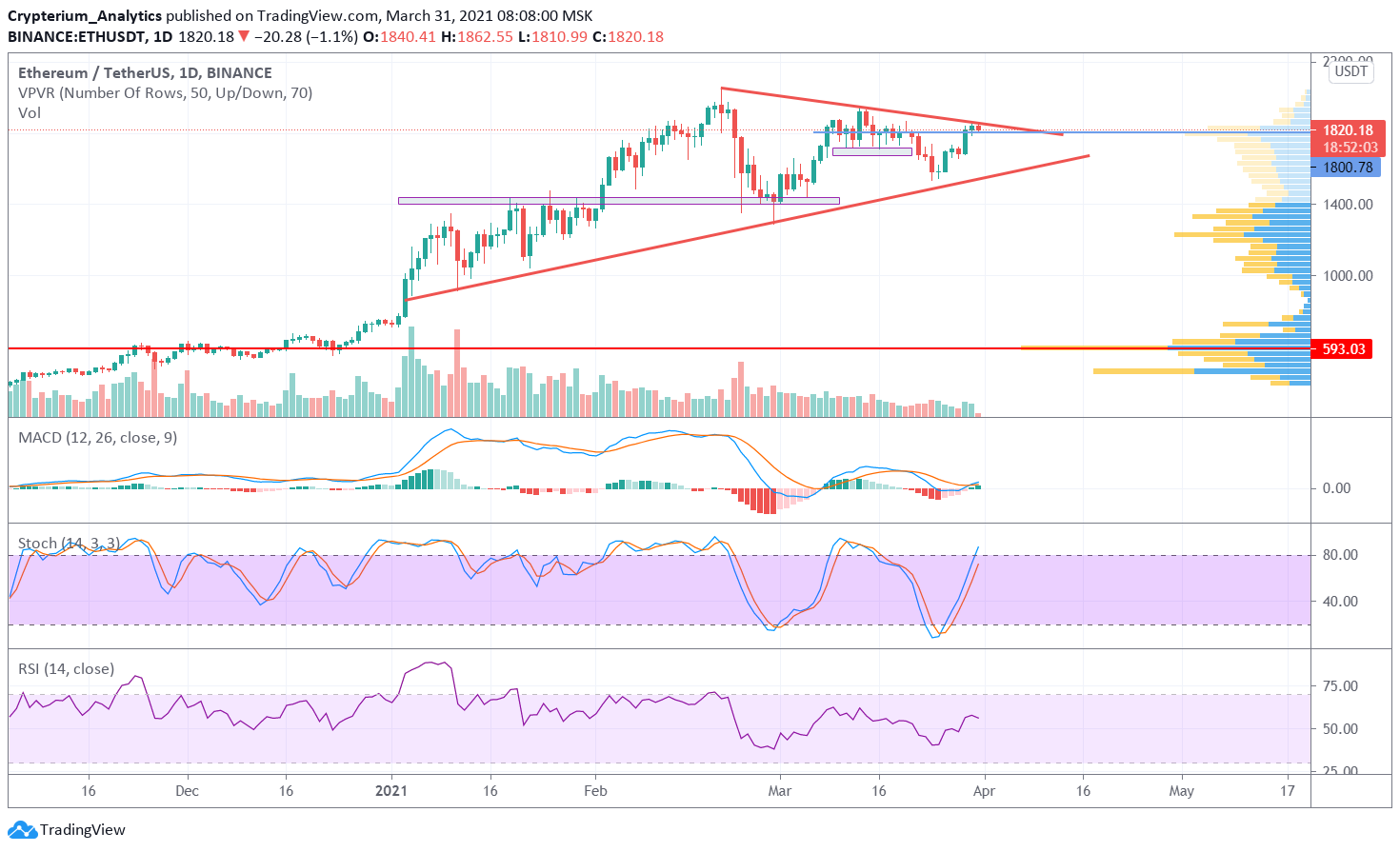 Ethereum has been trading in a wide range of $1,400 – $2,000 for two months. As a result, a “triangle” figure has formed on the chart. At the same time, the lower border of the triangle has a strong structure and is a continuation of the uptrend. The upper border was formed much later, from the end of February.

The chart is inside the triangle, and in the last month, a contraction to the upper border is clearly visible. The accumulation is also indicated by the fact that since the beginning of 2021, the trading volume has significantly decreased. This suggests that the majority of market participants have already prepared for a new strong movement and are now in anticipation.

The situation looks good in terms of indicators. MACD has significantly unloaded, and now nothing prevents it from showing new significant growth. A similar structure can be observed on the RSI indicator. Stochastic also showed a significant decline but turned up very quickly and has already broken through the upper border. However, as seen in the past, this indicator can be oversold for long weeks.

But an even more important factor is lateral volumes. At current levels of $1,800 – $1,820, a significant increase in sideways volumes can be seen. They point to the fact that there has been a significant accumulation of positions at these levels, including in recent days. This is a good sign of continued growth.

Now you need to look beyond the upper border of the triangle. If the chart is able to break it and consolidate higher, then we can see the ATH testing and possible growth up to $2,500. Top up your ETH balance before the upcoming pump through the Crypterium Wallet.

If this does not work out, then we may see another decline to the level of $1,600. We believe that the probability of the first outcome is much higher, and we look forward to new growth in the Ethereum chart.