Bitcoin stopped its decline a little yesterday and was able to rise by 2%, reaching $57,000. After that, the price retraced slightly, and at the moment, Bitcoin is trading near $55,500.

Following the first cryptocurrency, Ethereum and all other altcoins from the Top-10 cryptocurrencies by capitalization grew also. 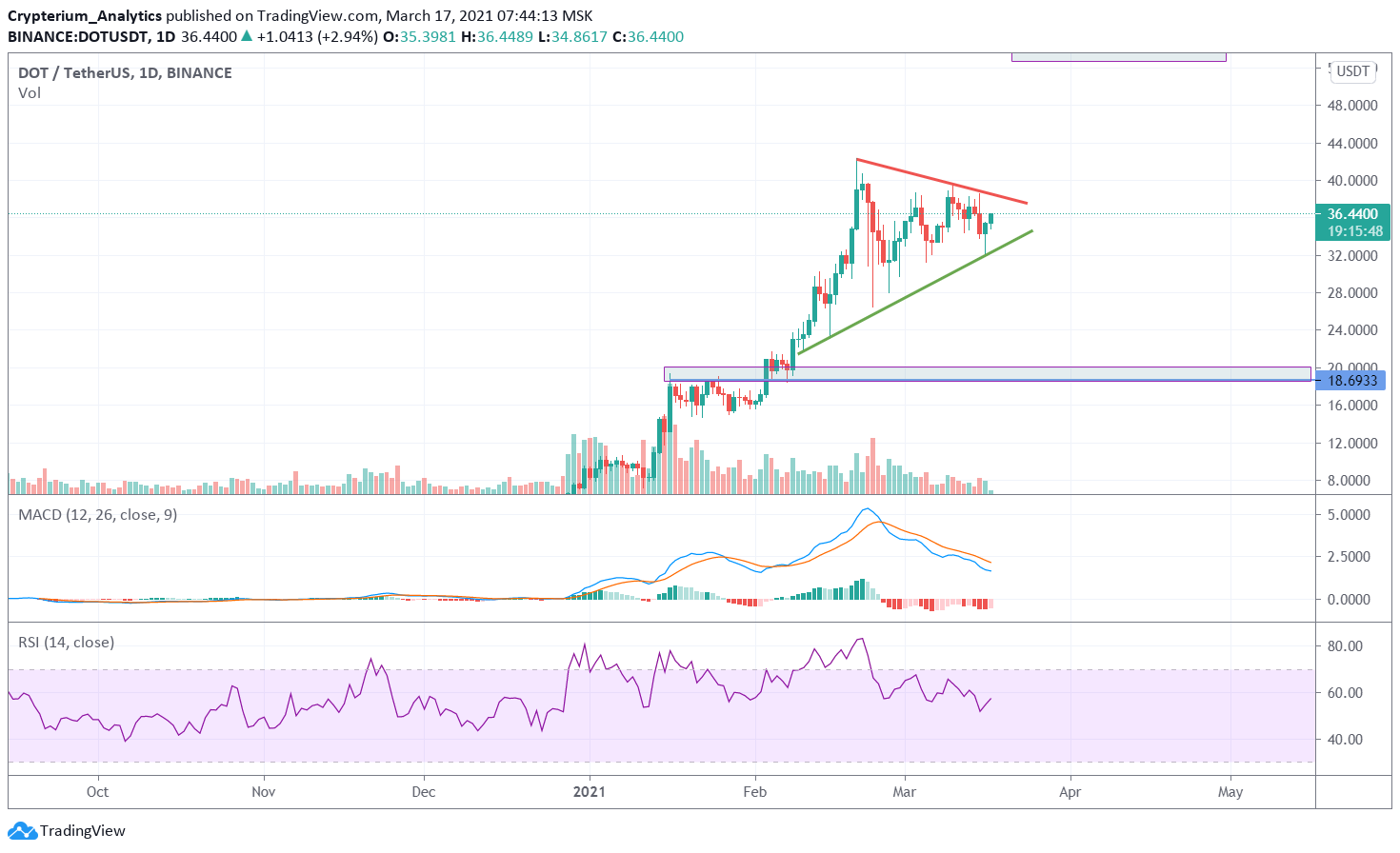 On February 20th, Polkadot’s price set its ATH at $42. After that, the price collapsed by 44% but then was able to return to the level above $30. For almost a month, the chart has been moving in a wide range of $30 – $40. This indicates the distribution of positions between the players.

An equilateral triangle has formed on the chart, which does not give a clear idea of ​​the asset’s future movement. However, if you look closely, you can see that the chart is moving mainly along the upper border of the triangle and is trying to break it.

On the indicators, the picture is also vague. After reaching the high, the MACD declines steadily and fails to reverse. Perhaps in the coming days, it will be possible to do this.

The RSI has also been declining for a long time, returning from the oversold level and reaching the middle line. It is not yet clear whether it will be possible to turn around from these levels.

However, despite the uncertainty, the DOT is in a strong uptrend. Therefore, we expect to see new growth from the chart of this coin. Judging by the “triangle” pattern, the closest level to which Polkadot can grow is the range of $50 – $55.

Uniswap has been a real discovery over the past year. This project has become the most popular decentralized exchange in the world and therefore the growth of its token looks very logical. In March 2021, UNI entered the Top-10 cryptocurrencies for the first time and is currently ranked 8th with a capitalization of over $16 billion.

Since its release in September 2020, this cryptocurrency has grown more than 10 times. At the same time, in March 2021 alone, the chart grew by 50%. 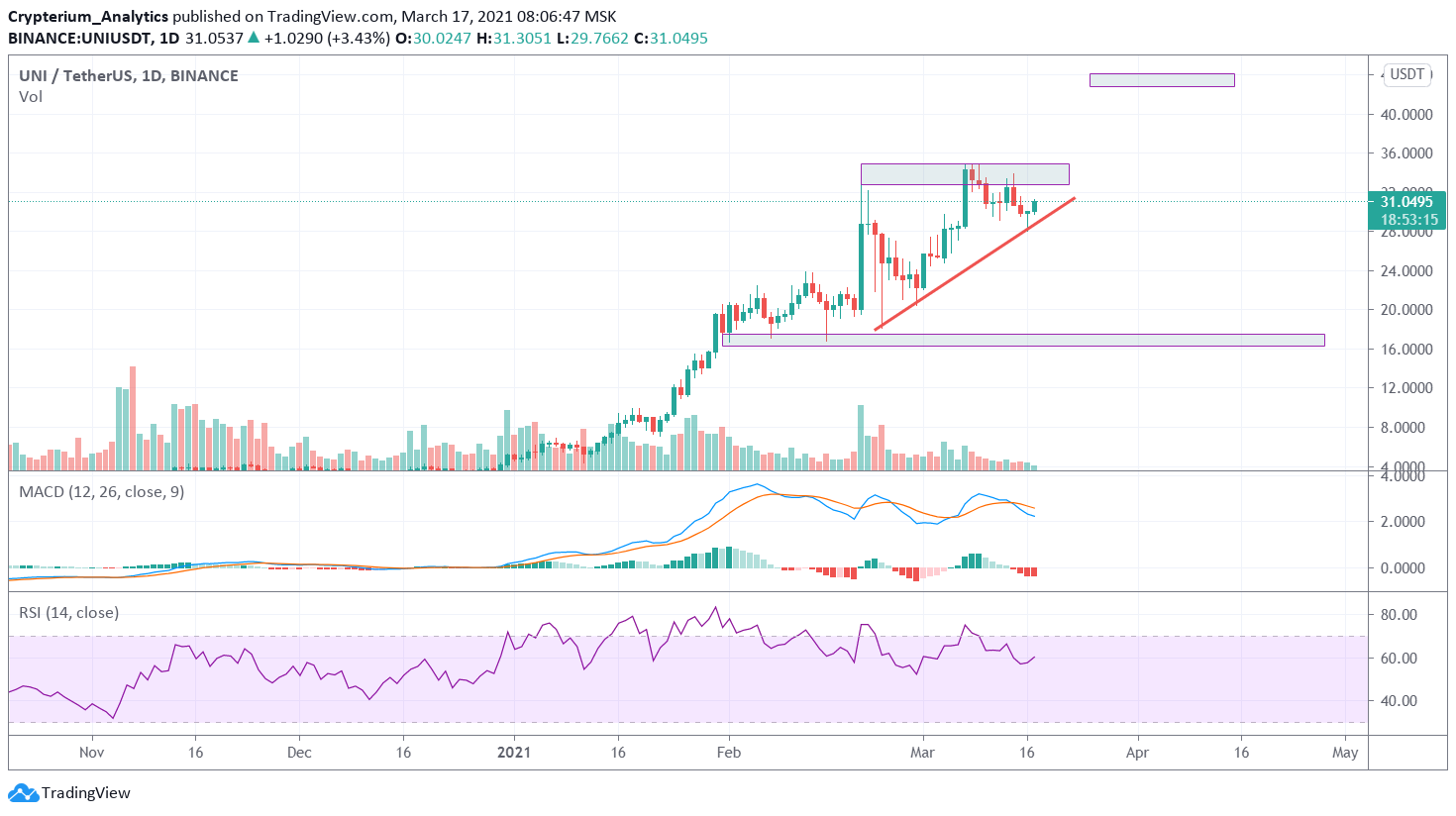 The chart has formed an ascending triangle pattern and has been moving in it since mid-February. The main resistance level is in the $33 – $35 range. Last week, there was a high possibility of a breakout of this level, but it did not work out and the chart rolled back down.

Now buyers are pushing the price to the upper border of the triangle and it looks like we will soon see another upward breakout attempt. The indicators say little so far and therefore, we do not look at them.

Within 2 weeks, we expect to see new growth for UNI, which could continue up to $44. There is also a high probability that the price may rise in the $48 – $50 range in the short term. Don’t miss your chance to buy UNI with almost zero fees using Cryptrerium Wallet.