Yesterday it became known that Tether has released 2 new batches of 500 million USDT each. The trading volume of this stablecoin has grown by 50% since the beginning of April and now stands at almost $100 billion per day. Let’s see if this is a signal for a new round of growth for Bitcoin: 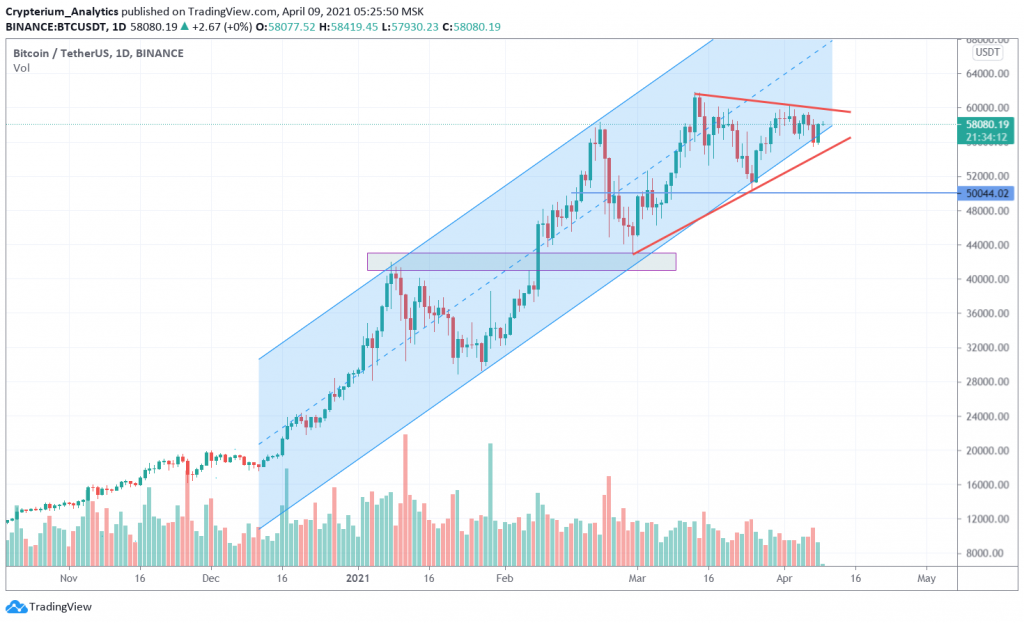 The last green candlestick on the daily timeframe almost completely engulfed the previous red candlestick and almost formed a bullish engulfing. This indicates that the buyers were stronger than the sellers yesterday, which helped push the price back into the upward channel.

Now a narrowing triangle has been formed on the chart, which cannot indicate with a high probability in which direction the price will move further. But if you look closely at the figure, you can see that the chart moves near the upper border most of the time and has already tried to break it several times, but so far unsuccessfully.

It is the upper border of the triangle that is the important resistance now. Most likely, in the next couple of days we will see another attempt by the price to break through and gain a foothold there. This level is at around $60,000.

Since the daily chart does not give us enough clarity, we decided to take a look at the weekly timeframe: 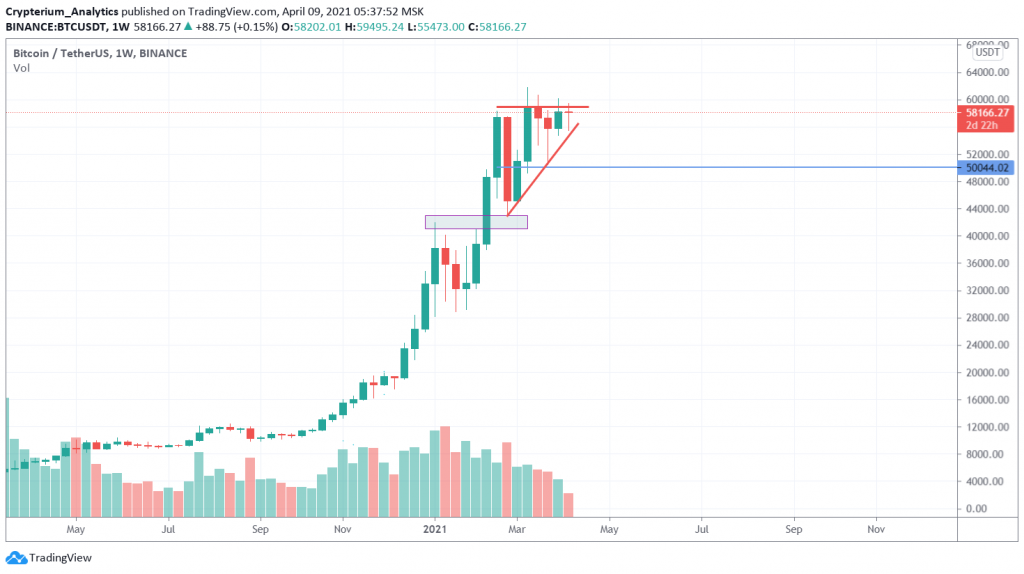 But here everything looks much clearer. The chart is clearly in an ascending triangle with $59,000 as the main resistance level. It is this level that is decisive on the weekly timeframe. Obviously, the price is deliberately shaking up and it is only a matter of time before we see a new leap in Bitcoin.

It is also important to note that Bitcoin’s dominance in the market has dropped significantly and now stands at 56%. Over the past 4 days, this value has dropped by 7%, which is a very large drop for the dominance chart. Therefore, we expect to see a quick upward correction here, which will ideally coincide with a new round of growth for the Bitcoin price. Get a chance to buy BTC instantly before a new spike.