Crypto Daily: What to expect from the Bitcoin price?

The Bitcoin price practically did not change per day and continues to trade near the $32,000 mark. At the same time, many altcoins have lost value after the growth that happened over the last weekend. Trading volume also declined despite the start of a new trading week.

Let’s take a look at the chart and see how long the market stagnation will last: 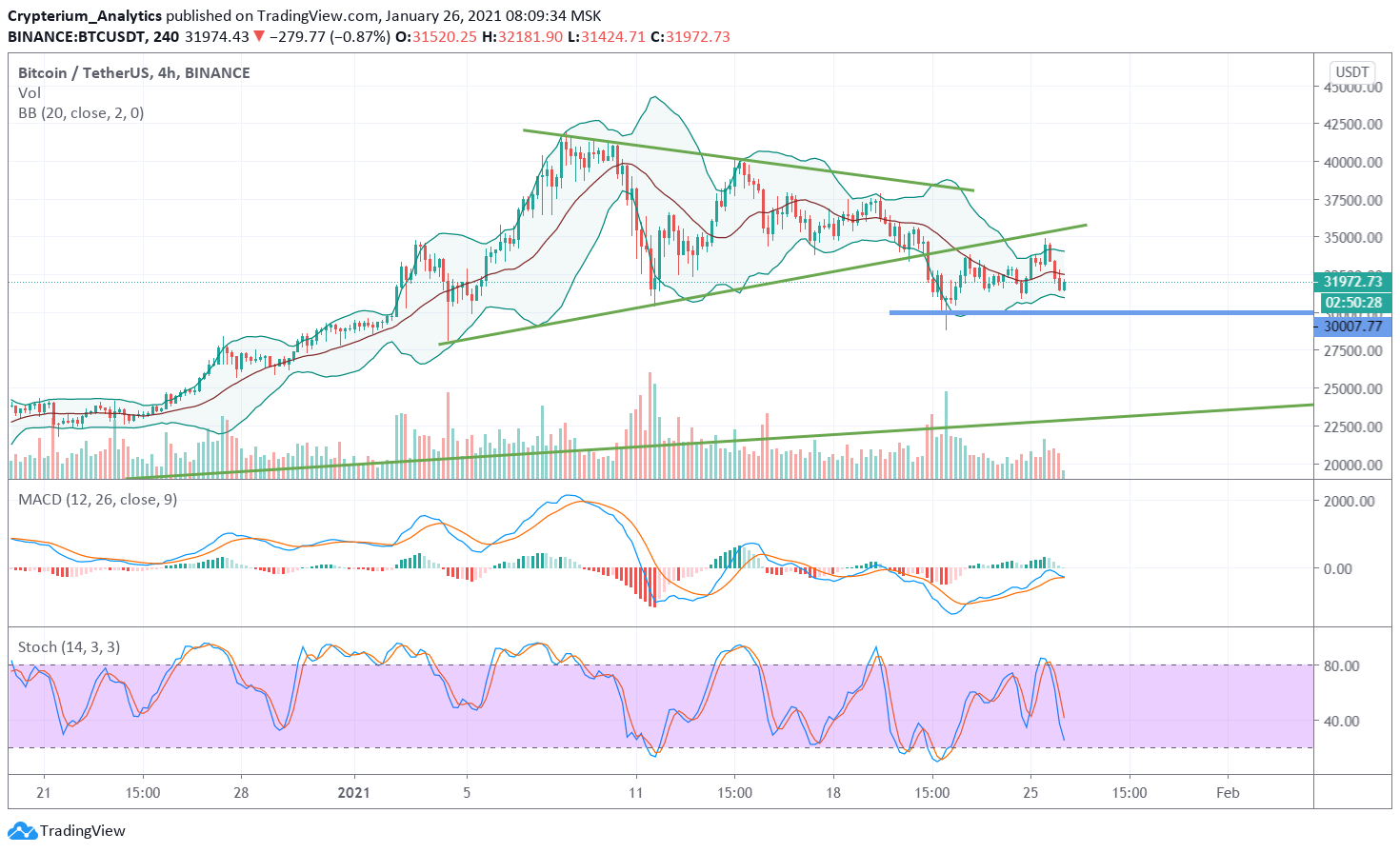 Yesterday the Bitcoin chart showed a slight increase to the level of $34,875. A few days before that, we predicted the growth of Bitcoin in the range of $34,500 – $36,000, and now we can say with certainty that it has justified itself. The price almost reached the lower border of the triangle and, thus, a retest took place.

At the moment, we see no signs of strength from buyers. The large liquidations that took place last week hit the market hard and the trading activity of the participants decreased significantly. Most likely, now we are seeing a set of new positions, which leads to stagnation.

Nevertheless, we believe that the fall is more likely at the moment.

On the daily timeframe, a “double top” pattern has formed, which is a reversal on an uptrend. If the price falls another 5% – 6% and gains a foothold there, then you can safely go short in Bitcoin. The $30,500 mark is key at the moment. This is where the “neck level” of this figure is located.

In the event that the chart consolidates below this mark, the price may start a powerful downward movement in the range of $26,500 – $28,000. Here the price can stop and turn up.

But as long as Bitcoin remains above this level, the possibility of new growth remains. This is indirectly indicated by indicators such as Stochastic and Bollinger Bands. In this case, the first target will be the $36,000 level. In the meantime, it is better to take a wait-and-see attitude and watch the market closely.