There were not many high-profile events this week. One of them was the announcement of the Livecoin exchange about its closure. Let us remind you that at the end of December this exchange was hacked, as a result of which it lost access to its website, media channels and user assets. However, the team announced that some of the funds were returned and they will compensate the funds to their users.

Craig Wright has once again declared himself, claiming that he is Satoshi Nakamoto. This time he demanded to remove the Bitcoin WhitePaper from bitcon.org, but was refused in a harsh manner. Craig Wright constantly draws public attention to his person, and each time the community is more and more convinced that he is a deceiver who has nothing to do with Satoshi.

Grayscale Investments set a new record – this time they acquired 16,244 BTC in just one day. Such a high volume of purchases has never been in the history of this fund.

Another interesting fact about this fund is related to the fact that the discount on the purchase of GBTC shares has dropped from 38% to 3%. This can be explained by the fact that some investors decided to fix their positions. This means that the freeze period of 6 months for them has been completed under the terms of the contract and they have the right to sell them. It is interesting how this fact will affect the further development of events in the crypto market.

Immediately 2 applications for ETF registration were received by the US Securities Commission. They were presented by VanEck and Valkyrie this week. The epic with the registration of cryptocurrency ETFs has been going on for 2.5 years, but to no avail. It is possible that this year everything will change and government departments will approve them. In this case, cryptocurrencies will experience a real boom.

Let’s see what to expect from Bitcoin and Ethereum charts in the near future. 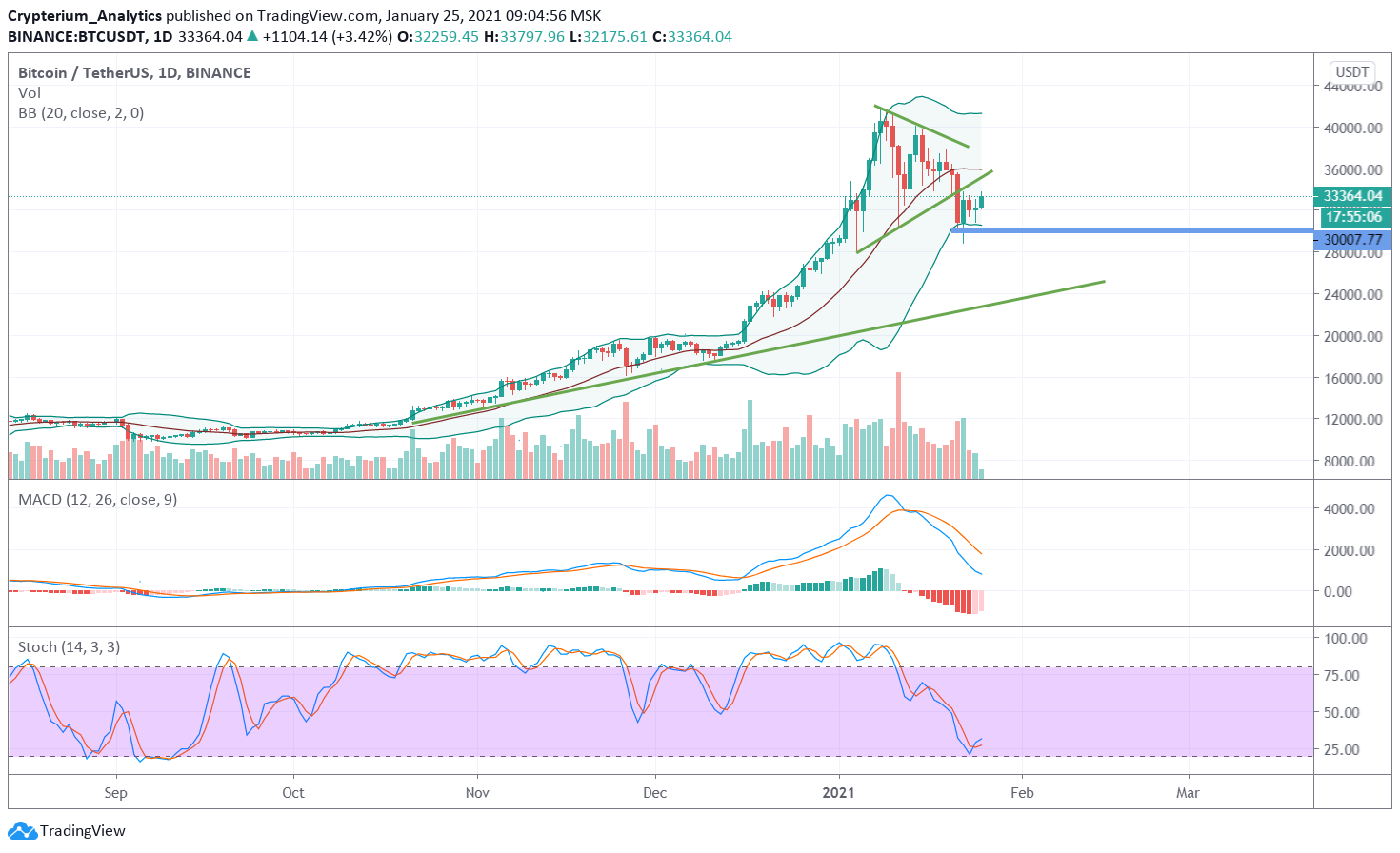 Globally, nothing has changed in the Bitcoin market yet. Despite the strong drop last week, the chart is in a strong uptrend. As we said last week – we expect growth in the $34,500 – $36,000 range. In these zones, it is necessary to observe what will happen to Bitcoin and whether it is worth waiting for further growth.

But the situation on Ethereum is clearer: 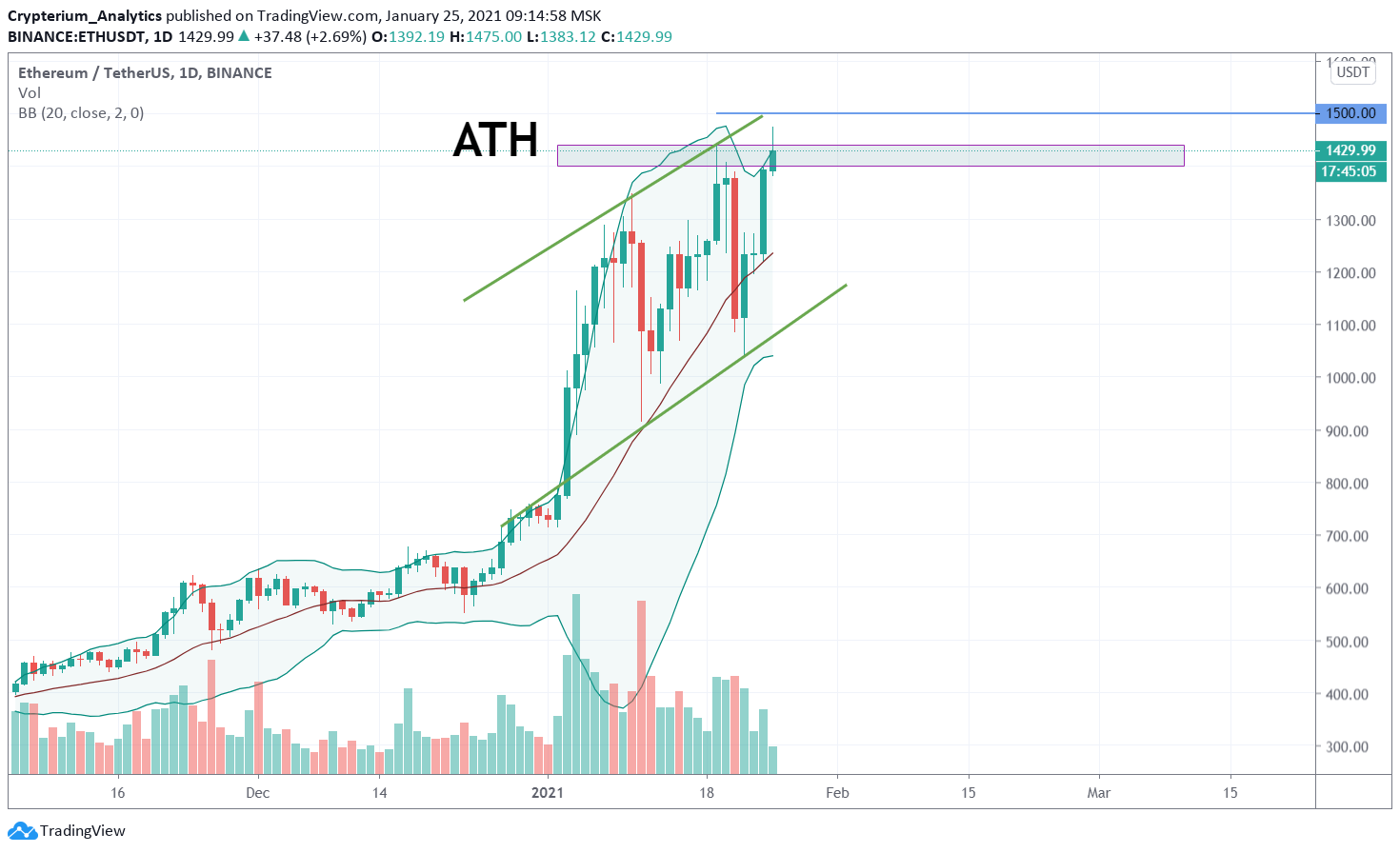 The chart set the new ATH at $1,475. But this is only the beginning of the movement. Already today we can see not only growth, but also a breakdown of the $1,500 level, where a large number of sell orders are located.

We remind you that on February 7, the CME commodity exchange adds futures on Ethereum. Up to this point and even after, the coin can grow almost non-stop. If you superimpose the Bitcoin chart on Ethereum, you can see that the growth potential of ETH exists up to $3,000. And you need to be ready for this right now, if you do not want to miss the opportunity to earn + 100%.