Binance exchange has announced the launch of the beta version of its own payment service. It will support 4 cryptocurrencies – BNB, BUSD, BTC and ETH, and Euro. The entered limits are transfers of no more than $10,000 per day or no more than 10 transactions per day. Amid this announcement, Binance Coin price also set the new ATH at $75.5.

Major publication Forbes has compiled a list of 11 billionaires in the crypto industry. According to the resource, the richest is the head of the Coinbase exchange, Brian Armstrong, with a fortune of $6.5 billion. And here is the complete list:

Let’s take a look at the charts of Bitcoin and Ethereum and try to predict the future direction of their movement. 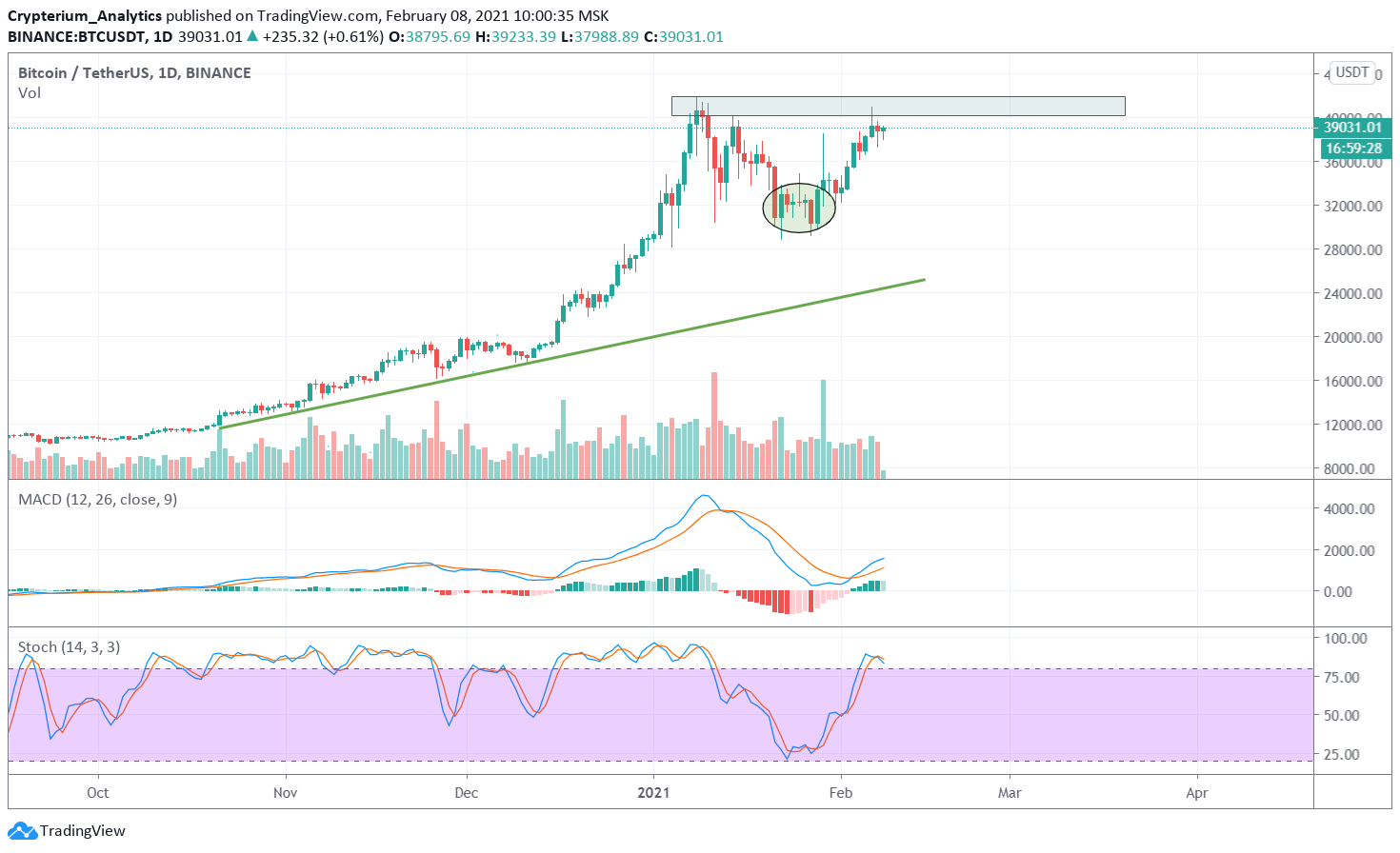 The Bitcoin chart still looks strong. We saw good accumulation in the $30,000 – $34,000 range followed by an upward move. Over the weekend, Bitcoin tested the $40,000 – $42,000 resistance zone but was unable to immediately break through it. Most likely, in the next two days we will see a denouement. We believe that Bitcoin will be able to install a new ATH this week and will go up to at least $45,000.

Growth can be provoked by Ethereum, for which futures on CME are already opening today: 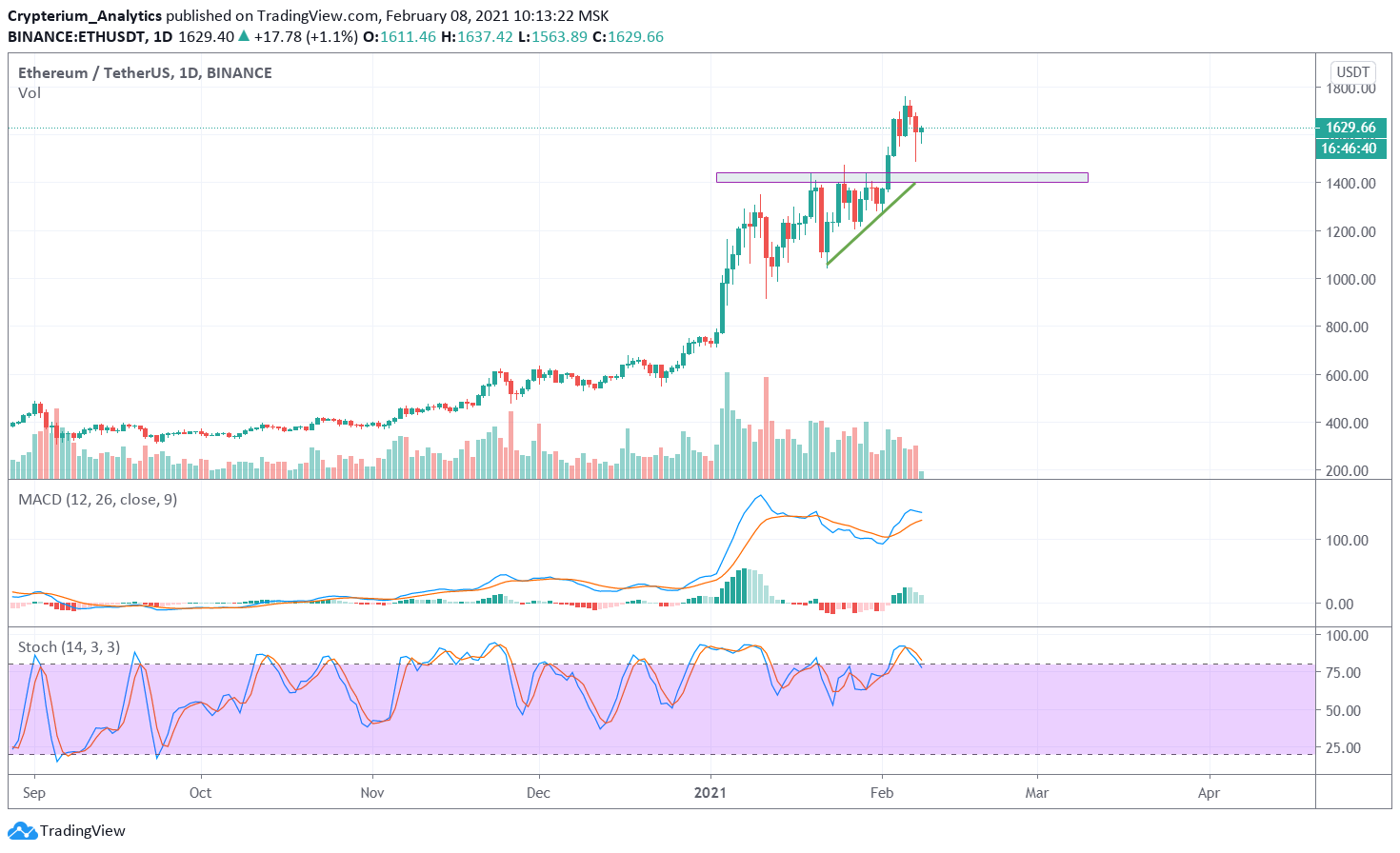 But the situation on the Ethereum chart is ambiguous. Last week we broke through the $1,450 resistance and headed up. After that, the price set new highs several times, but on the weekend we saw a pullback of about 10%. It is possible that market participants were fixing their positions ahead of the main event in February for Ethereum – the launch of CME futures. Additionally, indicators show us that the asset is overbought.

All this does not give a clear answer, in which direction the coin will move. We are likely to see a significant increase in volatility this week, which could lead to a ton of liquidations, so be extra careful when trading ETH and altcoins this week. Сrypterium warns its customers not to take such risks on an unstable market, trade cryptocurrency consciously, analyzing every currency movement with our Al Price Predictions.