First of all, it is worth noting the event that happened with the shares of GameStop, listed on the USA stock exchange. A group of people from the social network Reddit banded together and began to massively buy shares of this company. As a result, the price rose 700%, leading to the liquidation of several hedge funds. But how does this relate to the crypto industry?

This same group of people started using the pump and dump scheme in the cryptocurrency market. The first target was Dogecoin, the price of which increased by 1000% and this allowed the coin to rise in the top-10 cryptocurrencies by capitalization. However, they did not stop there and continued to pump several coins a day.

All this led to an increase in activity on the crypto market. Many altcoins began to skyrocket by hundreds of percent and their trading volume increased. However, after a while, the price of coins fell at the same rapid rate.

A similar story happened with Bitcoin. The richest man on earth, Elon Musk, put the word Bitcoin on his Twitter profile and an hour later, the price of the first cryptocurrency soared to $38,000. However, on the same day, the price dropped to $34,000.

In other news, we note that the largest mining manufacturer Bitmain has resolved all of its management questions. Jihan Wu sold a stake in the company for $600 million and took over the management of the BTC.com pool with the BitDeer cloud platform. This whole story lasted about a year, and only now the parties have come to a compromise.

Now let’s figure out what to expect from Bitcoin: 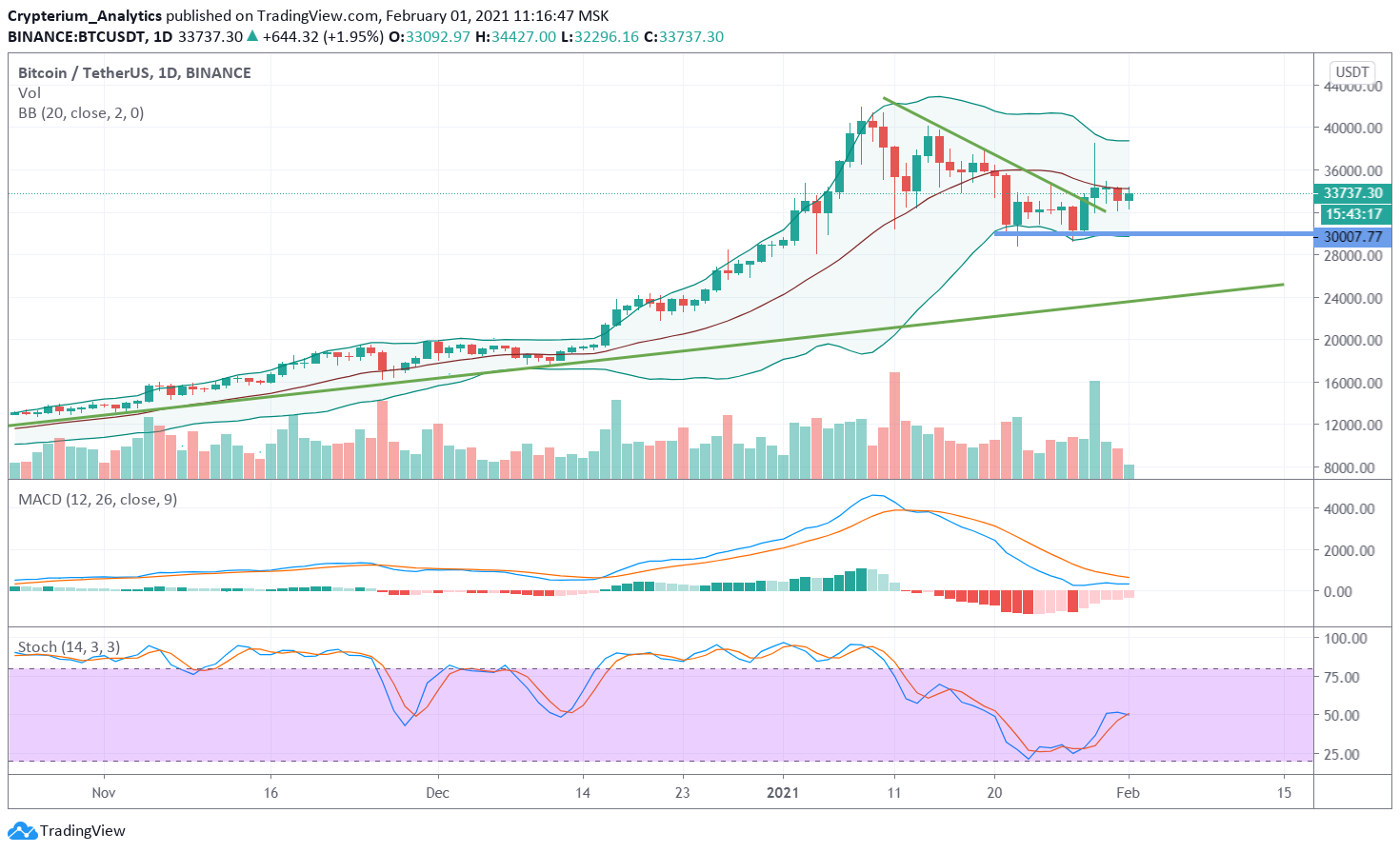 Bitcoin was able to break the downtrend and this is a very positive sign. In the past we talked about this and our forecast justified itself. We are now seeing consolidation in the $33,000 – $34,000 range.

If you look at all the indicators presented on the chart, it becomes clear that all of them indicate an upward price reversal, so now is the best time to buy Bitcoin. The immediate target is the $40,000 level. This is where Bitcoin may go this week.

All this may have a negative impact on altcoins, as we will observe the flow of funds into the first cryptocurrency. Therefore, the best option for seis is to fix altcoins and transfer funds to Bitcoin.