All this happened despite the fact that last Monday, it became known that Tesla began to sell its cars for Bitcoins. This was announced by the CEO of the company, Elon Musk. At the moment, buying with Bitcoins is only available for US residents, but by the end of the year, buyers from other countries will be able to do this. The company also said that the received Bitcoins will not be converted into dollars, but will be kept on its balance sheet.

The largest decentralized exchange, Uniswap, has announced the imminent launch of the third version of its platform. According to preliminary estimates, the update will take place on May 5th. It will launch a Level 2 solution – Optimism. This will significantly reduce the fees that users pay for transactions and trades on the Ethereum network.

But the excitement around NFT only continues to grow. Jack Dorsey’s first tweet sold for nearly $3 million last week. Also, robot-written NFT ($700,000), TIME magazine cover ($385,000) and a picture with an article about NFT from the New York Times ($350,000) were sold. Renowned artist Beeple, who sold NFT for $69 million, suggests that NFT is currently a bubble.

Another notable piece of news was a new round of investment in Blockhain.com. In its course, the company received $300 million with an estimate of over $5 billion. The CEO of the company said that the funds received will go towards the development of new products. Particularly interesting is that Blockchain.com also received a substantial investment of $120 million a month ago.

Now let’s go back to the Bitcoin chart and see what to expect from it in the coming week: 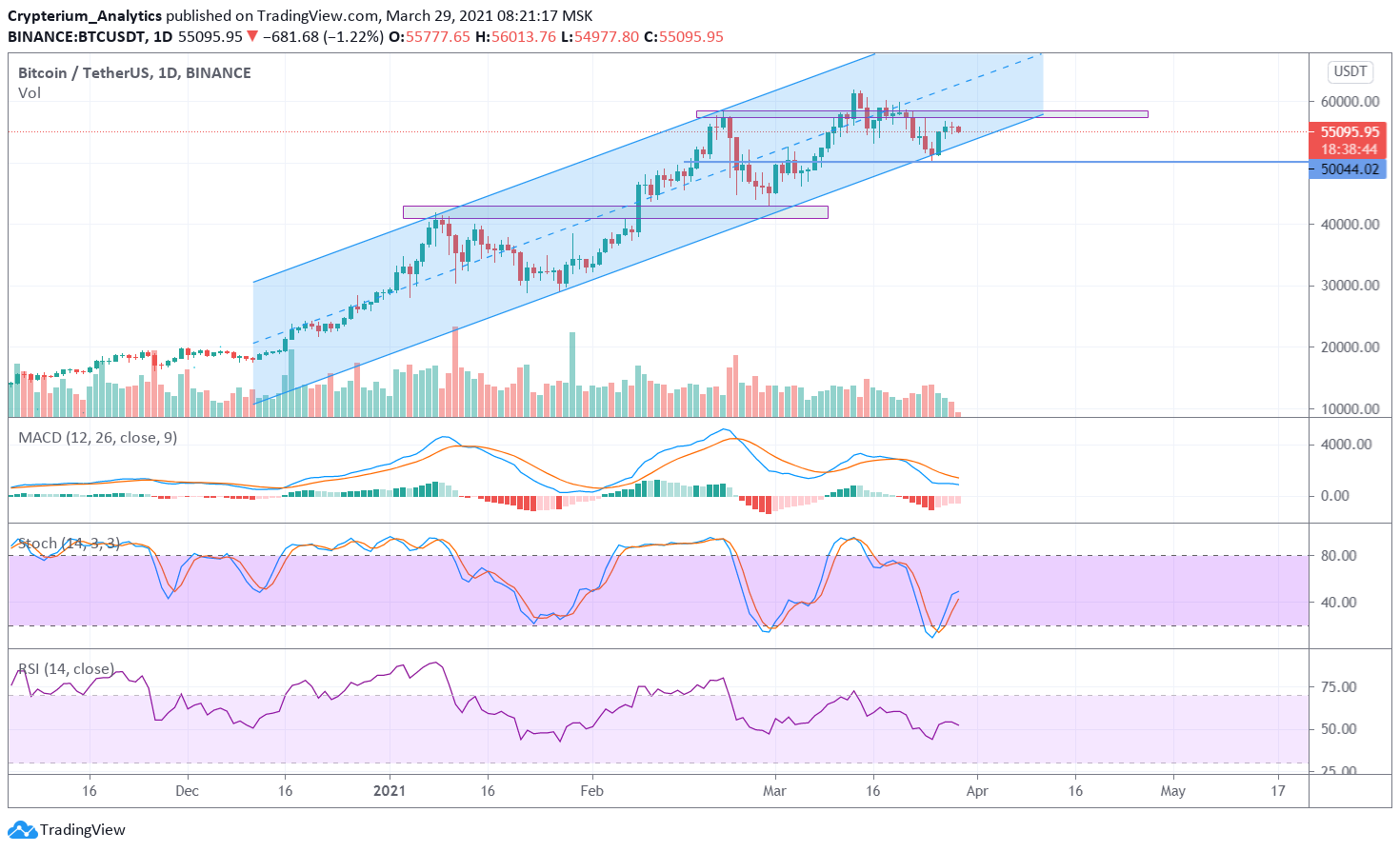 Over the past week, the price of Bitcoin has dropped to $50,000. However, buyers could quickly push the price back into the upward channel, which indicates sellers’ weakness. At the same time, it is now absolutely not clear in which direction the schedule may go.

The key level is the $57,000 – $58,000 range. If the price manages to gain a foothold in this range or higher, then the chart expects a new round of growth up to $62,000. But if the price does not gain a foothold, then with a high probability we can see a reversal and the formation of a “head and shoulders” pattern. This could result in a drop of up to $40,000. You have the option to fix your profit and send it directly to your bank card within some minutes or buy bitcoin with almost zero fees through the Crypterium Wallet and wait for a new round of growth.