Top 10 Best Cryptocurrencies To Invest In 2022

Why Should You Invest In Cryptocurrencies?

Many people will argue that crypto are the future of finance. While that future might be years away, it’s certainly not a crazy statement to make. Digital currencies offer multiple advantages compared to traditional fiat money, such as lower fees, transparency and transaction speed. 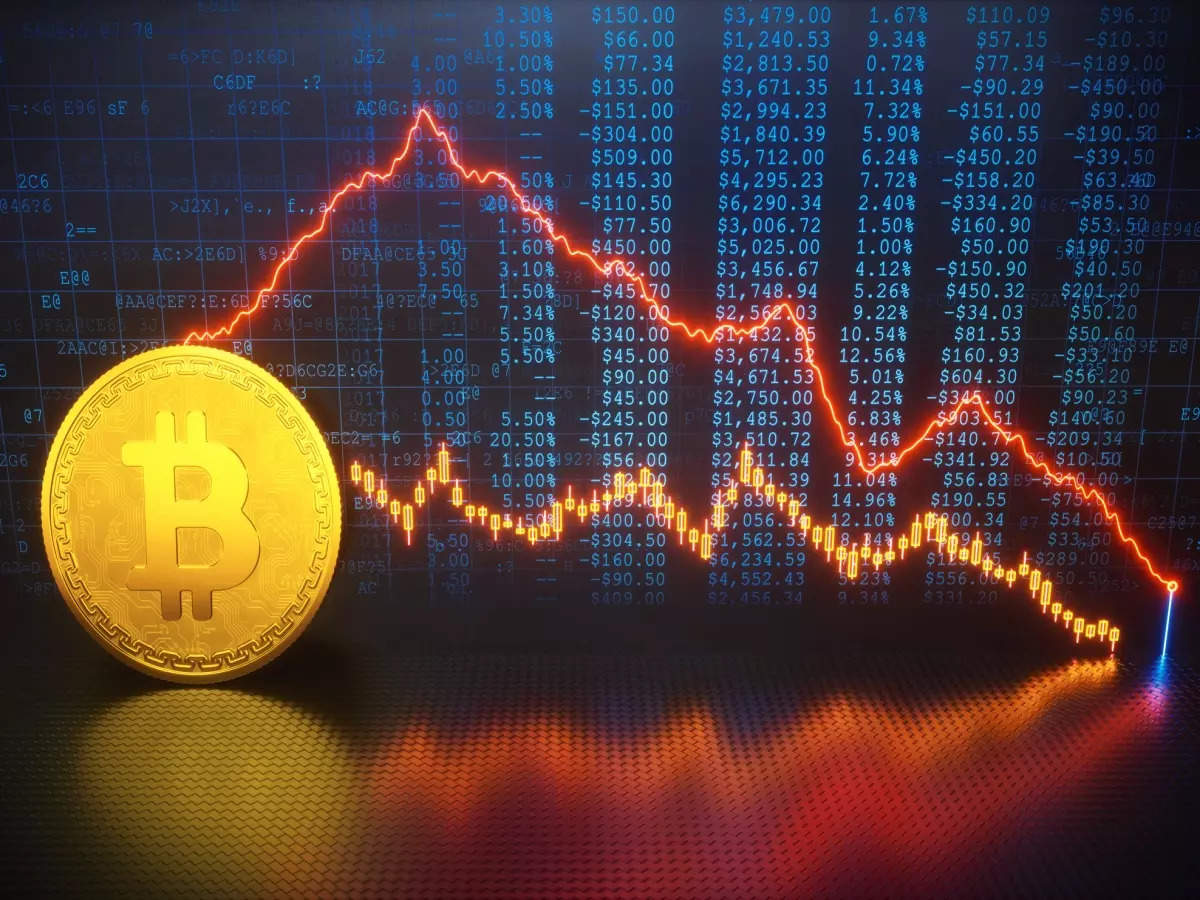 Which Cryptocurrency To Invest In?

Disclaimer: the following list does not include Crypterium’s token CRPT. While the price of CRPT has increased nearly 70% in 2019, legal reasons prevent us from advertising its purchase.

The list of best cryptocurrencies to invest in cannot start with a different cryptocurrency than Bitcoin — the world’s most popular cryptocurrency. In fact, the popularity of this digital currency is one of its biggest advantages against other players in the market.

As long as Bitcoin continues to dominate the cryptocurrency market, investors will always benefit from high liquidity levels. Even during periods of market uncertainty. Over the years, Bitcoin has shown a volatile yet consistent growth.

With the Bitcoin Halvingaround the corner, the community expects Bitcoin to soon approach new historical peaks.

Third cryptocurrency by market capitalization but second in our ranking, Ripple (XRP) is among the most promising investments in this list. It’s solid technology and network are rapidly opening new opportunities in the field of international commerce, banking and payment networks.

Remittance giant MoneyGram has received over $11 million from Ripple in 2019 to use its blockchain technology for payment solutions. “MoneyGram continued to expand its strategic partnership with Ripple as the first money transfer company to scale the use of blockchain capabilities,” the company wrote in a press release.

MoneyGram heavily relies on Ripple’s On-Demand Liquidity, a product that runs on XRP. Institutional interest is a key factor behind the bullish XRP forecast.

The list of companies using Ripple services goes on and on. Experts believe 2022 will result in a higher adoption of XRP and therefore its price will increase significantly.

Litecoin is another cryptocurrency that you shouldn’t ignore in 2022. LTC is one of the fastest and most affordable cryptocurrencies when it comes to payments. Its technology-forward profile has put this cryptocurrency on the third place by market capitalization.

Compared to Bitcoin and Ethereum, the only currencies above Litecoin, this cryptocurrency offers huge potential at much more affordable price level. Each LTC unit currently trades for less than $100, which gives a wider number of investors the opportunity to jump in.

In a similar way than Ripple, the price of Litecoin also largely depends on adoption. Hopefully for its supporters, the coin seems to be already on a good path. Litecoin has recently confirmed it will be integrated to regular ATMs in South Korea through a partnership with MeconCash.

Ethereum needs no introduction. Bitcoin might be the most popular cryptocurrency, but no one can deny Ethereum is by far the most influential one. The reason is simple: the Ethereum blockchain enables thousands of projects to develop on top of it.

Standing a little over $200, Ethereum remains a very accessible investment for those starting off in the cryptocurrency space. The strength of this currency is closely related to the strength of its network. The more decentralized applications and ecosystems relying on the Ethereum network, the more powerful ETH tokens will become. While it’s unlikely that Ethereum matches Bitcoin’s price, analysts still see huge potential for this cryptocurrency in the months ahead.

The cryptocurrency world remains a pretty small one. There are only a few names that truly ring a bell, and Da Hongei is certainly among them. He is the mind behind NEO — an open-source, community driven platform that leverages blockchain technology to optimize the digital economy.

The Genesis Block resulted in 100 million NEO tokens. Investors received half of the tokens, and the rest remains locked into a smart contract. Every year, a total of 15 million tokens are released to fund long-term goals of the NEO development team.

Since January 2019, the NEO Token has nearly doubled from a $7.50 to the current $11.00. While this remains a rather risky investment, it’s low price makes it easy to accommodate on any portfolio. The market cap of this “Chinese Ethereum” is about $790 million.

Do you think Bitcoin offers you privacy? Think twice. Most cryptocurrencies out there can be tracked down to their owners by governments and companies. So… is the privacy dream over? Not exactly. Zcash is the shelter for those holders looking for outstanding privacy.

Just like Bitcoin, Zcash has a total fixed supply of 21 million ZEC coins. Aside from its privacy capabilities, ZEC doesn’t differ much from other cryptocurrency assets like Bitcoin or Litecoin. Zcash was designed mainly for peer-to-peer value transfers.

The price of Zcash is closely tied to the overall market performance. In 2019, this privacy coin reached a peak value of $112, a dynamic aligned with Bitcoin’s mid-year rally. That said, if Bitcoin continues to develop positively, it’s likely Zcash will follow.

Stellar is one of the popular projects out there. And it’s been around since 2014, meaning its development is ongoing and it only keeps getting stronger. With a price that’s counted on cents, it’s also among the most affordable cryptocurrencies to invest in.

The ultimate goal of Stellar is to replace the SWIFT system, disrupting the global money market. Through XLM tokens, the Stellar network enables cross-border transactions between any currency pair. One distinctive characteristic of Stellar is that it serves as a backbone for other cryptocurrencies. This gives Stellar a huge opportunity to further develop itself and scalate.

Cardano is one of the newest kids on the blockchain. Launched in 2015, this technological platform aims at becoming the home for large scale financial applications. The decentralized ecosystem runs on ADA — its own cryptocurrency.

As most cryptocurrencies, ADA is designed to be a fast and reliable vehicle for value transfers. The Cardano network is built on layers, which offers a high degree of flexibility when it comes to updates. Since Cardano also allows the development of dApps, the cryptocurrency community expects multiple services to develop around it and therefore push ADA higher.

Cardano relies on a strong community of tech-forward people. The company has even partnered up with the University of Malta to offer multiple courses on the programming languages used within the Cardano network.

First off, if you’re expecting neon lights and futuristic motorcycles, then you’re reading about the wrong TRON. Founded in 2017 by the so-called TRON Foundation, this ecosystem has quickly turned into one of the most hype projects in the crypto world. Justin Sun is the CEO of Ontology and he’s been listed as one of Forbes Asia 30 Under 30 in 2017.

The goal of TRON is to build a free, global digital entertainment system that enables users to share digital content in an easy and cost-effective way. Too complicated? Think about Netflix for a moment. This third party concentrates content and distributes it on demand to its large audience. For content creators, hosting content on Netflix comes at a big cost.

With TRON, the idea is to cut the middleman and allow anyone and everyone to host digital content on its blockchain-based ecosystem.

For content creators, this model gives them a unique chance to lower the price of third party distribution channels. For the public, the lower fees on the creator’s side might translate into lower prices to access content. TRX is the cryptocurrency of this ecosystem.

Ontology is a public multi-chain platform. Its goal is to boost adoption of blockchain technology among the business community. Ontology allows businesses to implement blockchain solutions without having any prior knowledge on the matter.

Through the multiple tools developed by Ontology, businesses of all sizes can launch trust mechanisms and tailor them to their needs.

The Ontology blockchain protocol significantly reduces the learning curve for blockchain business applications, especially when it comes to identity verification and data exchange. The network runs on the ONT token, which has a max supply of 1 billion tokens.

Best Crypto To Invest In – Watch The Video