The number of Bitcoin ATMs (BTMs) has hit the 5,000 mark for the first time. According to Coin ATM Radar, there are now 5,006 standalone ATMs in 90 countries.

Nearly 150 new ATMs were installed in June, which leaves the daily install rate at approximately 6 ATMs per day. The spike in crypto ATMs seems to be aligned with Bitcoin’s 2019 rally.

Bitcoin (BTC), the world’s most popular cryptocurrency, reached a 15-month high at $11,430 on June 25, as the market is witnessing the strongest buying pressure in over two months.

To date, there are 3,229 BTMs in the USA, while the overall global BTMs count now stands at 5,006. Canada comes second with 687 locations. Austria holds the third with 266 locations, and the United Kingdom comes in fourth with 249 BTMs. 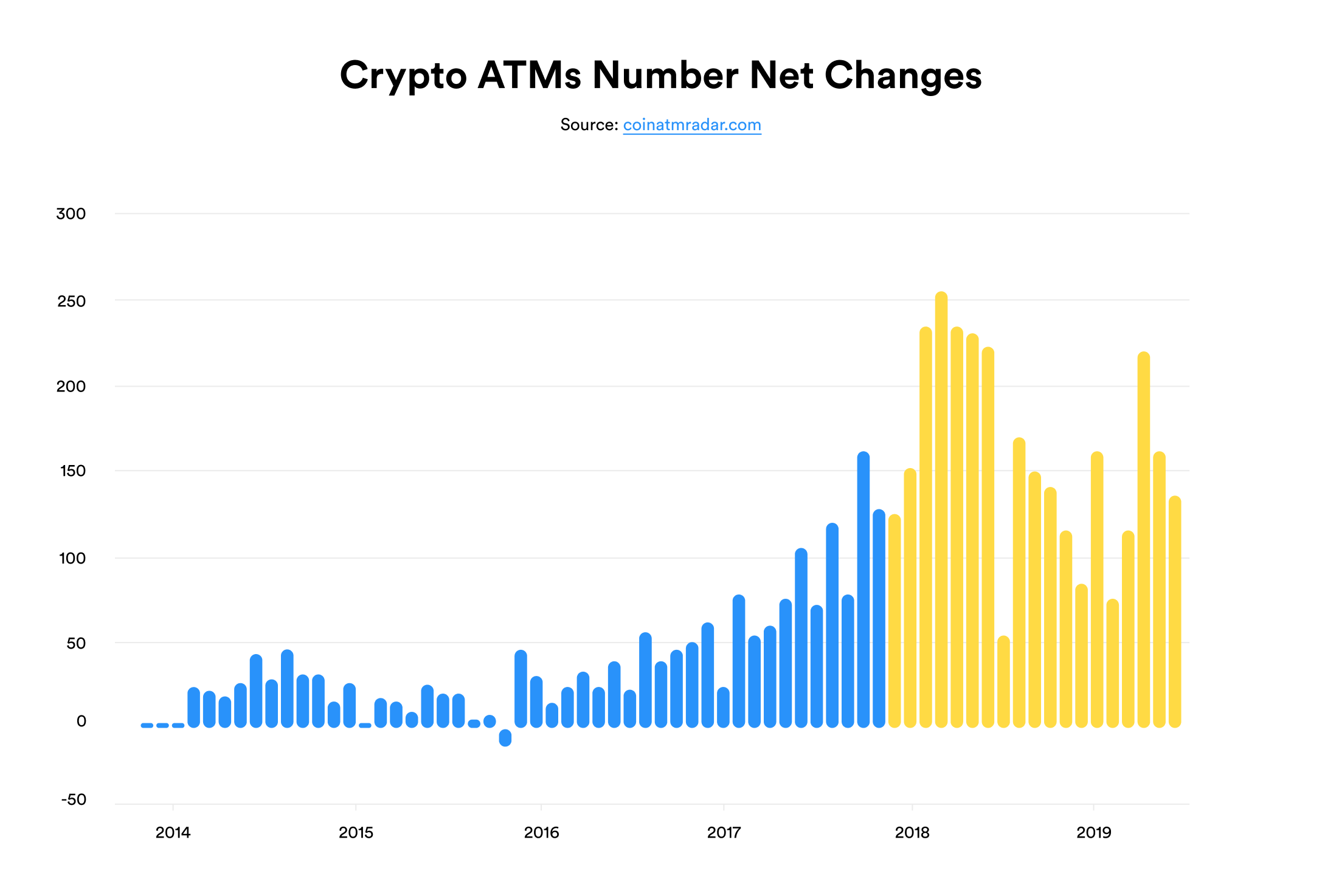 The stagnation of the number of BTMs in Canada can be attributed to the fact that there are rising concerns that the government might ban the machines. The Mayor of Vancouver, Kennedy Steward, earlier this month proposed a ban of the crypto vending machines, arguing that they have provided a channel for money laundering. This move has risen uncertainty over the future of these machines in the country.

Back in the day, the leading BTM manufacturer was Robocoin, but firm wasn’t able to hold its first-mover advantage. Robocoin shut down operations three years ago. Currently, the leading cryptocurrency ATM manufacturer in terms of installations is General Bytes with 1550 locations, followed by Genesis Coin (1497 locations) and Lamassu (439 locations). 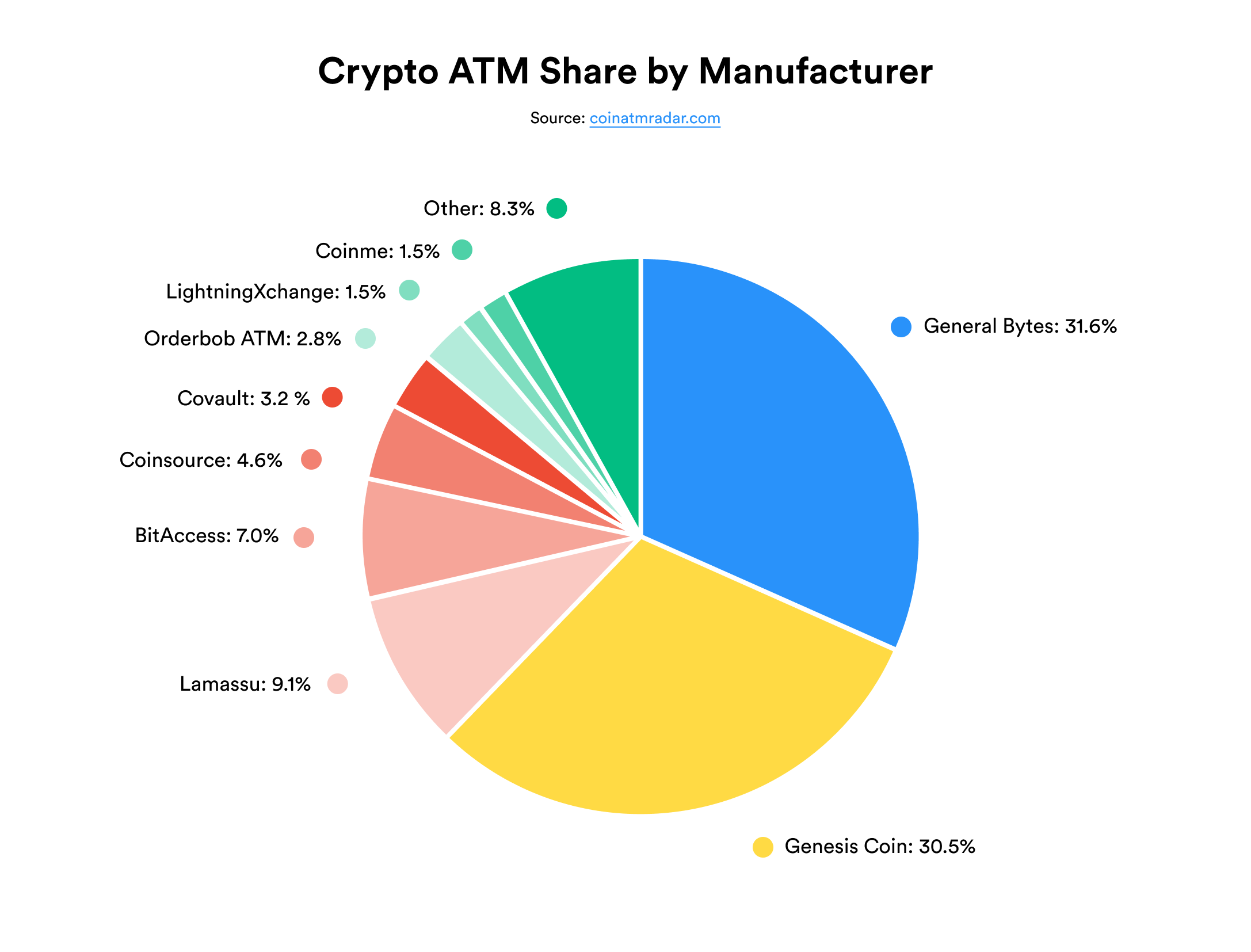 One of the major drawbacks of these machines is that most of them are one-way devices. This means that they can only be used to buy cryptocurrencies. However, this is slowly changing with an increasing number of crypto ATMs allowing users to cash out local currencies.

The question is… do we really need Bitcoin ATMs? With solutions like Crypterium, available for both iOS and Android devices, anyone can purchase cryptocurrencies on the go using their debit or credit card with better exchange rates and with only a few taps. Moreover, cryptocurrency holders can instantly cash out to any bank card worldwide.

Moreover, holders can get a prepaid Crypterium Card to spend their cryptocurrencies both online and in-store and withdraw in any of the 2 million ATMs available around the globe.