Over the past day, the price of Bitcoin has jumped by 6% and again exceeded $47,000. The trading volume of the first cryptocurrency has grown by 20% and is $37 billion per day. Following Bitcoin, the rest of the market also grew.

The strongest growth from the Top-10 was shown by Cardano, whose price increased by 14%. As a result, the capitalization of the project amounted to $76 billion. This allowed ADA to overtake BNB and take the third line in the list of the most capitalized cryptocurrencies.

Let’s take a look at the Bitcoin chart and try to figure out which direction it will go this weekend: 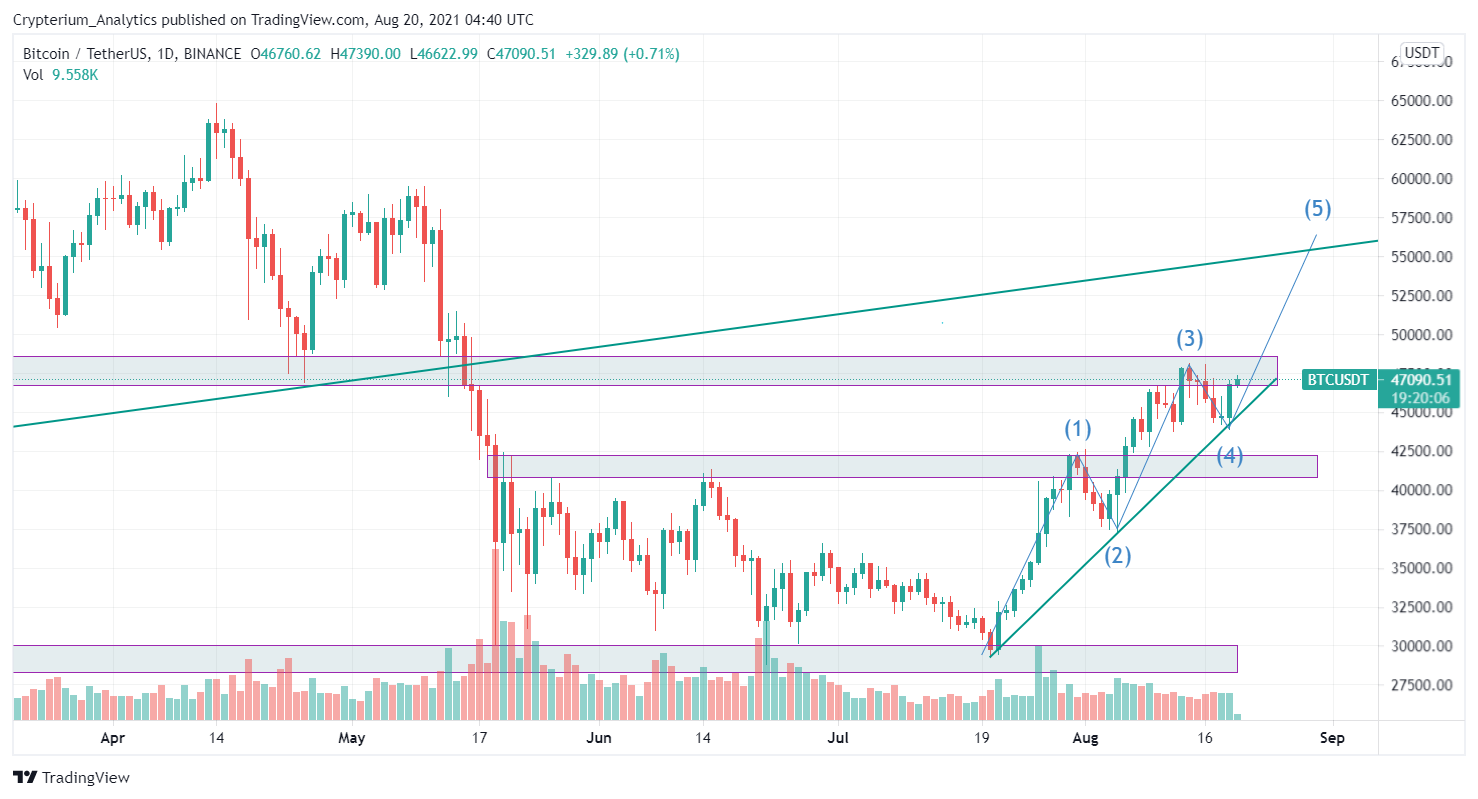 Bitcoin dropped to $44,000 yesterday. This level was a strong support area for the uptrend. Around this level, the bulls activated and did not let the price go down. As a result, the price reversed quite quickly and came to the target level of $47,000.

The $47,000 – $48,500 range is the largest resistance to date. In the last 10 days, buyers have been unable to overcome it and gain a foothold over it. Now there are high chances for this, looking at candlestick patterns.

So, on August 18th, a Doji candlestick was formed, which is often a reversal signal. In addition, yesterday’s gains left a full-bodied green candlestick that formed a strong bullish engulfing. This only strengthens the option for further growth.

At the same time, we decided to take a look at the wave structure of the chart, which is very clearly drawn now. Judging by it, the price starts the last, fifth, upward wave. In this case, the growth potential of Bitcoin will be quite high.

If the chart is able to gain a foothold above $48,000, then the price can quickly come to $50,000. This is a round level, near which we expect to see a strong struggle between sellers and buyers. But at the same time, many signs speak in favor of the bulls now.