When Is The Best Time To Buy Bitcoin (BTC)

Bitcoin is known for its volatility, a double-edged sword that has turned some investors into millionaires very quickly while burning others along the way. If you are planning to purchase the cryptocurrency world, then the obvious question left is when the right time to do it.

If you bought Bitcoin in December 2017, then most likely ended up on a loss. On the contrary, if you bought in January 2019, you could be sitting on a considerable profit. So, what is the best time to buy bitcoin? What indicators should you turn to for near-accurate analysis?

The Best Time To Buy Bitcoin

Let’s face it. Not many people in the cryptocurrency industry have solid financial knowledge. Most cryptocurrency holders are self-taught while others rely on knowledge borrowed from the traditional financial sector. There is nothing wrong with that as long as the shoe fits.

Economists have weighed in on the best time to buy bitcoin, giving their observations based on several factors and analysis.

Academics from the prestigious Yale University developed a technique on past price action to predict the price of bitcoin. The economists – Yukun Liu and Aleh Tsyvinski – analyzed bitcoin’s price for the past seven years and developed a model that predicts BTC’s price.

The research showed cryptocurrencies widely differ from traditional assets when it comes to the factors that determine price swings.

Economists proved that Bitcoin, unlike stocks and commodities, heavily relies on momentum. In other words, this means that if Bitcoin is performing well, it will likely continue to do so in the short-term. According to this study, investors should purchase the leading digital currency if its value appreciates by more than 20 percent in a week.

What is the best day to buy cryptocurrency?

Traditional stock markets operate only during certain hours of the day and week. But the cryptocurrency market is open 24/7. That means you can buy, sell, exchange, and trade cryptocurrencies anytime as long as you have an internet connection.

Even though there are no trading sessions that account for more or less volume, there are certain parameters to take into account before buying cryptocurrency.

According to multiple analyses on average daily bitcoin prices, Sunday and Monday are the best days to buy BTC. The sole reason behind this statement is that prices tend to be at its lowest in those days.

3 Theories To Get Bitcoin Timing Right

After examining multiple approaches on how to determine the perfect timing to buy cryptocurrency, we’ve shortlisted three theories:

The demand for Bitcoin slows down during the weekends, pushing its price to be lower on Mondays. On the contrary, Bitcoin price is assumed to be high on Fridays and Saturdays.

This theory suggests people decide to buy BTC during the weekends, and execute orders as soon as the week begins. In this scenario, volumes are higher on Mondays and a more cautious behavior expected as the week goes by.

Experienced traders would typically avoid buying bitcoin in dates 9-to-5 workers get paid, usually in the middle and end of the month. The logic is simple: when people have money in their pockets can buy bitcoin, driving demand, and its price higher.

Time of the day to buy BTC

Okay. Now that we have a better understanding of which days to avoid when buying Bitcoin and other cryptocurrencies, the next issue to resolve would be the specific timeframe.

Should you buy bitcoin in the morning, afternoon, or evening? As previously mentioned, Bitcoin isn’t tied to rigid schedules such as stocks and even fiat currencies.

Both the stock and forex markets tend to react to expected announcements at certain times of the day. With cryptocurrencies, it all gets a bit blurred since they don’t follow the same behavior or respond to the same kind of announcements.

No long faces. There are still ways to predict the right time to buy Bitcoin. As a general rule, BTC price increases in value at a very rapid pace and then steadily decline as it enters a period of stability.

Geopolitics play a significant role in every single market. For example, the uncertainty of Brexit has weakened the British Pound considerably in just a matter of months.

Political instability and chaos can quickly increase the price of Bitcoin. The leading digital asset is regarded as “digital gold,” a safe-haven asset that acts just like precious metals.

The US-China trade war exemplifies this case with ultimate precision. The rising tension between these super nations has pushed the Yuan to retreat and strengthened Bitcoin’s position. 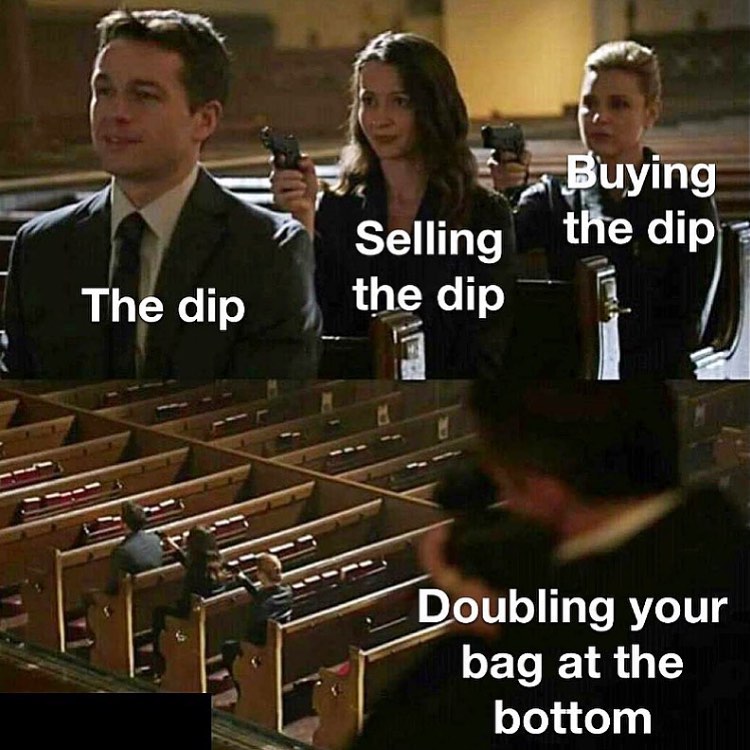 When the price nosedives, it is regarded as the best time to buy. The question is, when do you know if the price has reached its bottom? You may never know, but if it is continuously falling, it could be best to buy it in chunks.

This is called averaging down. You can buy a certain amount of Bitcoin this week and keep some of your money to buy the following week. If the price falls again, you’ll benefit as your average price will be lower. It will work in your favor when you finally decide to cash out your holdings.

It is difficult to predict the best time to buy bitcoin. Bitcoin is experimental, and therefore, volatility is expected to remain in place. The same applies to other cryptocurrencies.

No one can tell you what will happen in the next week, month, or year. Yet, some of the tips outlined in this article may come handy when trying to define the right moment to enter the market.