It’s official. Facebook has announced its very own digital currency Libra. This cryptocurrency is designed to move seamlessly across the multiple messaging services offered by Facebook, enabling users all over the world to store, send and receive money by simply tapping a few buttons on their phones.

Considering the massive user base of Zuckerberg’s company, this long-awaited development has the power to boost cryptocurrency adoption once and for all. But the introduction of Libra could also produce deep changes in the digital payments landscape.

Facebook’s cryptocurrency arrives a month after the social media giant lifted a year-long ban on cryptocurrency and blockchain-related advertisements. While the platform continues to ban those ads linked to Initial Coin Offerings (ICOs), other crypto or blockchain companies are free to promote their services in the world’s largest social media.

If you are anything like most people, it’s safe to say you don’t enjoy reading white papers. Seriously, who does? So, we’ve saved you the trouble and prepared a short yet comprehensive guide on Libra with everything you need to know about Facebook’s cryptocurrency.

Facebook refers to Libra as a “global currency and financial infrastructure”. In other words, it is a digital currency developed by Facebook that runs on permissioned blockchain mdash; the Libra blockchain, which is similar to the distributed ledger technology used by other cryptocurrencies.

What does Libra mean?

Libra is the seventh sign of the zodiac in astrology. Wait. No, that’s not really what Zuckerberg had in mind. The word Libra comes from Latin and it was a basic unit of weight in the ancient Roman Empire. If you look closely to the abbreviation for pound “lb”, you’ll notice it’s actually derived from Libra, as well as the ” pound;” symbol representing the British pound.

Yes, Facebook has been looking into the crypto space for a very long time. Back in 2014, the company hired PayPal president David Marcus to lead Facebook’s Messenger. After successfully pitching the idea of Facebook cryptocurrency to Zuckerberg, Marcus, who’s been a Coinbase advisor, quickly shifted from the messaging app to a top not-so-secret-anymore project focused on developing the company’s own blockchain and cryptocurrency. Apart from recruiting Facebook’s most brilliant engineers, he also onboarded economists and policymakers to see through the ambitious plan.

In 2018, Facebook took its first steps by announcing a Whatsapp stablecoin integration in India, where the app has more than 200 million users. The introduction of Libra reflects the company’s trust in this blockchain-based currency to serve not only specific markets, but the entire world.

As of 2019, there are about 1.7 billion people in the world without access to the financial system. Geographical limitations, lack of infrastructure, low literacy rates, and poor banking penetration are just some of the reasons behind this high number of people currently excluded from basic financial services.

In light of this sad reality, the social media behemoth says in Libra’s white paper: “…the world needs a global, digitally native currency that brings together the attributes of the world’s best currencies: stability, low inflation, wide global acceptance, and fungibility.”

According to World Bank data, two-thirds of the unbanked population own a mobile phone. Most likely, a Facebook account too. This scenario seems a perfect use-case for the Libra currency. 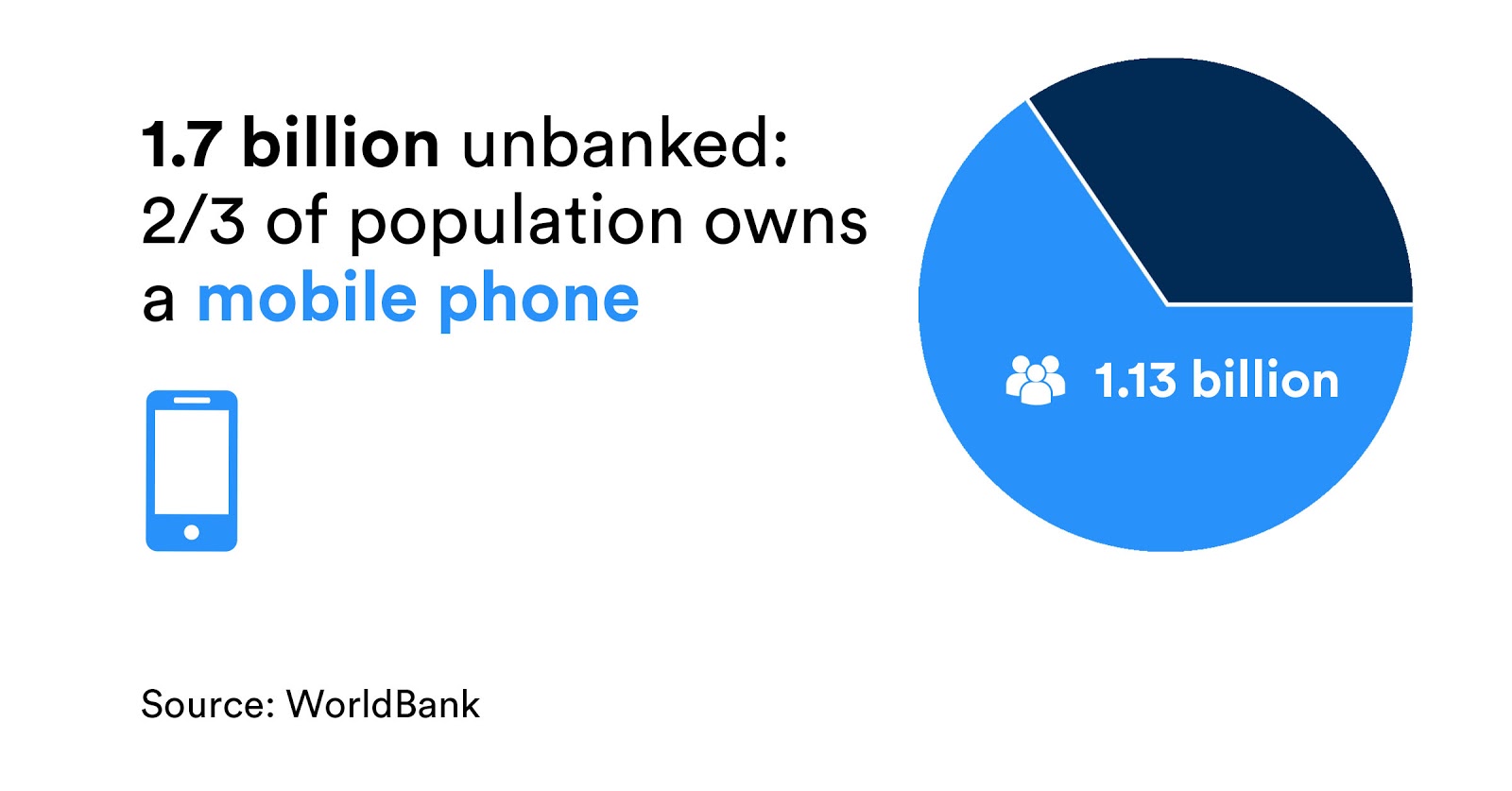 How Libra value is calculated?

Libra is described as a reliable currency. And how can it be reliable if not stable? To that end, the social media giant designed Libra as a stable cryptocurrency, also known as stablecoin

Stablecoins are digital currencies pegged to other existing assets to guarantee their stability. For example, USD Coin is pegged to the U.S. dollar. That means one unit of USDC is redeemable for a single dollar. Libra works in a similar way, but instead of being pegged to one asset, it is linked to a basket of stable assets, making it less subject to volatility.

“[Libra] will be backed by a collection of low-volatility assets, such as bank deposits and short-term government securities in currencies from stable and reputable central banks.”

Interestingly, Facebook does not promise that Libra will keep a stable valuation over time, as most stablecoins in the market currently do.

“One Libra will not always be able to convert into the same amount of a given local currency (i.e., Libra is not a “peg” to a single currency). Rather, as the value of the underlying assets moves, the value of one Libra in any local currency may fluctuate.”

The Libra Association Council is responsible for choosing reserve assets that minimize volatility.

Who will control Libra?

As previously mentioned, Libra is built on the Libra Blockchain, managed by an international group of multidisciplinary organizations. The group, which is based in Switzerland, goes under the name Libra Association and it is responsible for validating transactions on the blockchain, managing the Libra Reserve and maximizing the currency’s social impact.

“The association is designed to facilitate the operation of the Libra Blockchain; to coordinate the agreement among its stakeholders mdash; the network’s validator nodes mdash; in their pursuit to promote, develop, and expand the network, and to manage the reserve.”

To become a validator node of the Libra Blockchain, companies have to comply with certain requirements, such as a minimum investment of $10 million in Libra Investment Tokens. 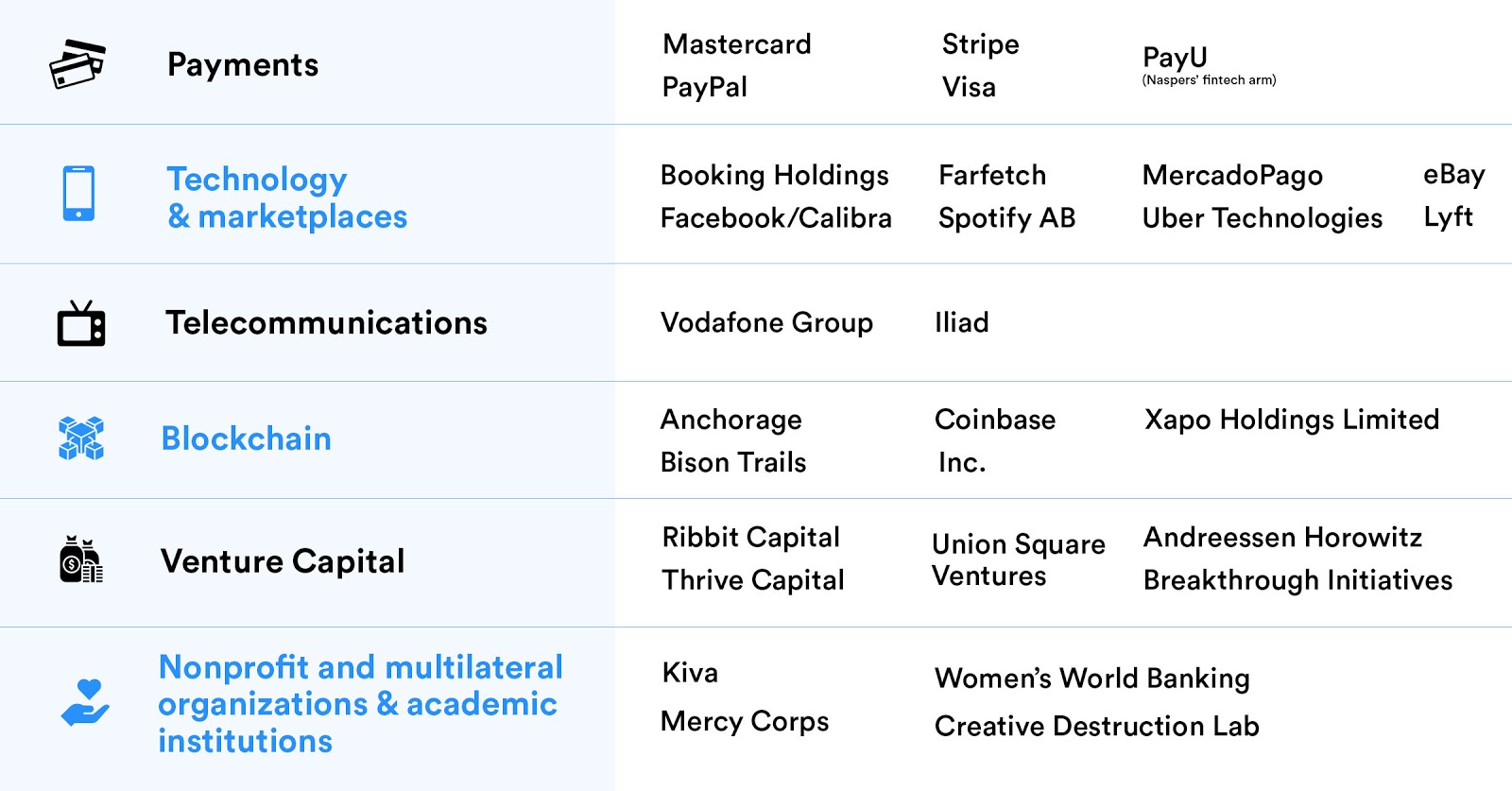 How do you buy Libra?

Considering that Libra will only be released next year, Facebook hasn’t yet clarified how people can purchase it. However, given that major payment firms like Visa and MasterCard are joining the Libra Association, we could expect to use regular bank cards to buy the currency.

According to Libra Association’s website, “you will be able to buy Libra through exchanges that list Libra or through the applications that will be built on the Libra Blockchain, including digital wallets and other financial products and services.”

An alternative way Facebook might rely on to ensure global adoption of the Libra coin is through what’s commonly known as an lsquo;air drop’ in the crypto world. Basically, the company gives small amounts of the coin to people for free in order to rapidly promote it.

How can you use Libra?

To date, Facebook has over 2.7 billion users. The idea, as you could imagine, is to ensure the Libra currency runs smoothly within this ecosystem, which consist of Facebook’s Messenger, WhatApp and Calibra.

The latter is basically a wallet created by Facebook to store and manage Libra. Calibra is a regulated subsidiary of Facebook and it is not to share financial data with the mother company.

Facebook wants people to see Libra as digital cash. That said, the company expects people to use it as so for purchasing things online and in stores. But also, taking into account the technical capabilities of a blockchain-based currency, Libra can be used to seamlessly send and receive money among users of the above-mentioned applications.

How will Libra impact the market?

The introduction of Libra is expected to boost mass adoption of cryptocurrency on a global scale. Even people without access to the banking system will now be able to easily perform money transactions digitally with their smartphones.

Altcoins created with the intention to become payment solutions will most likely disappear, while demand for privacy-preserving cryptocurrencies like Monero or ZCash will increase.

There are currently 34 million active cryptocurrency wallets in the world. But there are 2.7 billion Facebook users. That enormous gap that only Libra is now able to fill in.

Having players such as Visa, MasterCard and Paypal on their side is essential as this is not a traditional three-party financial model. By partnering with these financial institutions, they allow them to participate in the pie and profit from what could be the next biggest payment system in the world. These companies are also taking part of the Libra Association for learning purposes. Learning how blockchain and cryptocurrencies can work on a mass level, but within a fairly controlled environment and ecosystem.

But we aren’t convinced about…

The Libra blockchain is a “permissioned blockchain”, which basically means permission is required to launch a validation node. This kind of blockchains keep an access control layer to enable particular actions to be performed only by certain identifiable participants. In other words, only partners of the Libra Association are allowed to validate nodes.

To become a partner, you need to comply with technical infrastructure and make a substantial investment to the Libra Reserve. This represents a serious limitation in terms of openness, unlike the Bitcoin blockchain, which is public and allows anyone to participate.

The on-chain transaction processing capacity is quite disappointing. The Libra blockchain is expected to handle 1,000 transactions per second, a level quite low compared to existing solutions such as Zilliqa (2,800+ TPS). If Libra really intends to serve billions of people worldwide, those figures will have to go up quickly. Visa processes about 65,000 TPS.

From a data privacy perspective, it is worth noting that Calibra – Libra’s wallet – is a Facebook subsidiary. While it is stated that Calibra does not share information with Facebook, the company’s recent scandals over data privacy elevate the risk for potential data mishandling.

Moreover, the wallet promises a full refund in case of fraudulent transactions. There is no clarity on how the chargeback mechanism will work – whether the transaction will be reversed or whether the funds will be returned from the company #39;s reserves.

Libra is not only going to revolutionize the cryptocurrency industry, but for the entire payments landscape. This digital currency might not be surprisingly innovative technology-wise, but its power relies on Facebook’s 2.7 billion users. A user base that no other cryptocurrency has ever reached, not even Bitcoin.

This currency will serve as an entry point for cryptocurrency skeptics and those who do not understand the value of digital money. Libra has the power to once and for all demystify the cryptocurrency market.