Bitcoin continued its decline yesterday and dropped 3% to $18,000. The trading volume has also significantly decreased and does not exceed $30 billion per day. The rest of the crypto market followed Bitcoin and also seen a decline from 3% to 10%. This means that Bitcoin is still the main determining factor in the market and it all depends on which direction it goes next.

To find out, let’s take a look at a chart which shows the following picture: 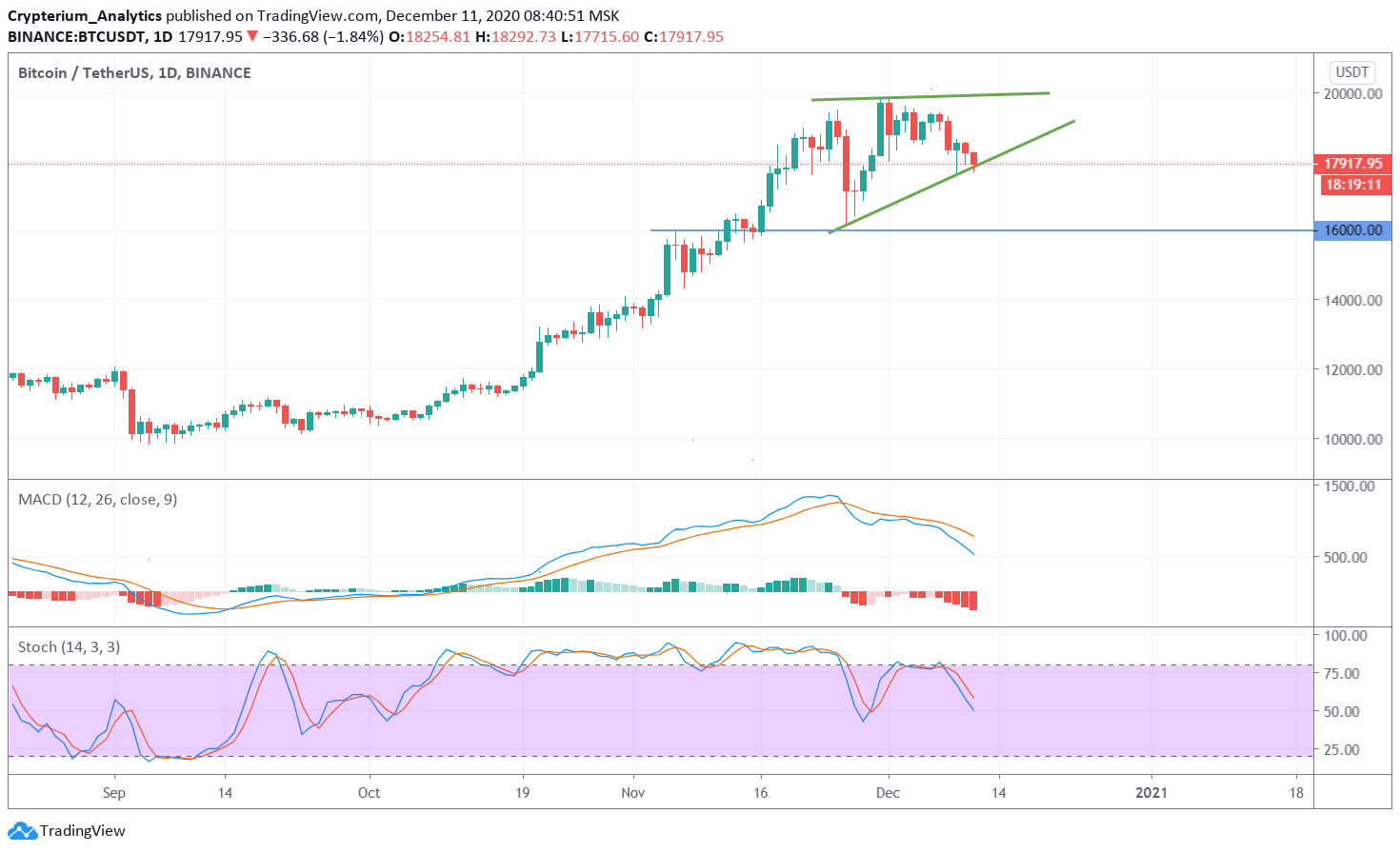 So far, Bitcoin is in the ascending triangle, but at the moment it is already testing the lower boundary. The price has already dropped to $17,715 and then quickly returned back to $18,000.

Depending on how buyers behave at the $16,000 level, it will become more clear whether we can expect a new hike to $20,000 from Bitcoin. Most likely, this will finally break the half-year uptrend and Bitcoin may go downtrend.

Indicators such as MACD and RSI also hint at this. They have already changed the direction of the trend since November 24th and continue to decline.

Not everything is so smooth on the chart. Until Bitcoin pushes down to $16,000 and breaks through that level, chances are high that the price will rise again. In this case, we can see new attempts to update the historical maximum.

However, we believe that the probability of a trend reversal in the coming days is likely with an accuracy of 70%. After all, the New Year rally is beginning and many investors will take profits. This plays against Bitcoin, which has been growing for too long and does not show any significant corrections.

Therefore, we think that in the coming weeks we will enter a new trend, which will become the long-awaited correction.