Not that we want to sound clich eacute;, but… Does size really matter? Today we’re looking at sixth-smallest country in the world and one of the hottest spots in the World Cryptomap.

Sizing Up The Opportunities

Liechtenstein officials are fully aware of the 160-km sup2; surface under its control. To them, unlike other world politicians, the country’s small territory is actually a big advantage.

A simple and transparent voting system, combined with a reduced population offer great flexibility when it comes to securing support for new state projects or passing legislation.

Back in 2016, the Liechtenstein Government appointed a working group to draft a “law on transaction systems based on trustworthy technologies”, also known as the Blockchain Act.

Liechtenstein’s prime minister Adrian Hasler officially introduced the Blockchain Act at the Finance Forum Liechtenstein 2.0 in 2018. In his opinion, this new set of laws will play a crucial role in providing legal certainty to innovative companies and their clients.

To guarantee that users and companies enjoy a high degree of legal security in the token economy, a solid legal basis is required. To date, such legal framework does not exist in any state. The Liechtenstein Government will introduce the first one with the Blockchain Act.

The prime minister’s commitment with blockchain technology is not to be taken lightly. Earlier this year, he even wrote an article outlining the importance of this upcoming law.

In order to regulate the token economy in a comprehensive way, the Blockchain Act focuses on multiple key areas, including:

Overall, the Blockchain Act – expected to become legally binding by mid-2019 – can be interpreted as an unspoken statement to the world: Liechtenstein is a pro-blockchain, crypto-friendly destination. Or simply said: “Liechtenstein is open for business”.

This is particularly relevant as many blockchain and crypto companies would prefer to establish their operations in the heart of Europe rather than in Malta, Gibraltar, Singapore, Bermuda or Cayman.

You are not alone. “Modern” is not exactly the first word that comes to mind when someone says “royal family”. Okay. Maybe we’re just a little jealous…

Leaving our personal opinions aside, Liechtenstein’s crown has proven to be open-minded in embracing new technologies that could potentially be adopted by the public administration.

In a recent interview with CNBC, Alois, the Hereditary Prince of Liechtenstein expressed his optimism on the implementation of blockchain technology to improve governance.

“Blockchain will change a lot of things, it could even help make our state more efficient the way it is administered.”

When asked about his position on cryptocurrencies, the royal family member described the current market as “very risky”. However, Alois left some space for hope: “Particularly with this whole new digital economy, it is something to look into more into in the future.”

Liechtenstein is a non-EU member of the European Economic Area (EEA), which gives the principality access to the EU single market. While this means that the country is required to comply with certain EEA-relevant laws, it also implies that it is not tied to whatever Brussels decides is best for the region.

Other important developments in this field include the launch of a 5-million-euro prize titled “Blockchains for Social Good“, and a recent resolution by the Industry, Research and Energy Committee of the European Parliament that features blockchain technology as a vital element in the race for innovation within the economic community.

Following these positive government-backed initiatives, Liechtenstein decided to join the European Blockchain Partnership last month, becoming the 28th nation to do so.

In short, this multilateral partnership aligns the signatories towards ongoing cooperation in the establishment of a European Blockchain Services Infrastructure (EBSI) – a first move to deploy cross-border digital public sector services. If everything goes as planned, the EBSI will be set in motion later this year for services such as “EU customs and tax data, audit documents by EU-funded projects, cross-border certification of diplomas and qualifications, and a European self-sovereign identity initiative building on eIDAS.”

As Benjamin Franklin once wrote: nothing is certain but death and taxes. Liechtenstein’s authorities made sure to take full advantage of this reality by turning the nation into a tax haven. This is a cornerstone of the country’s strategy to attract new businesses, as well as wealthy individuals. 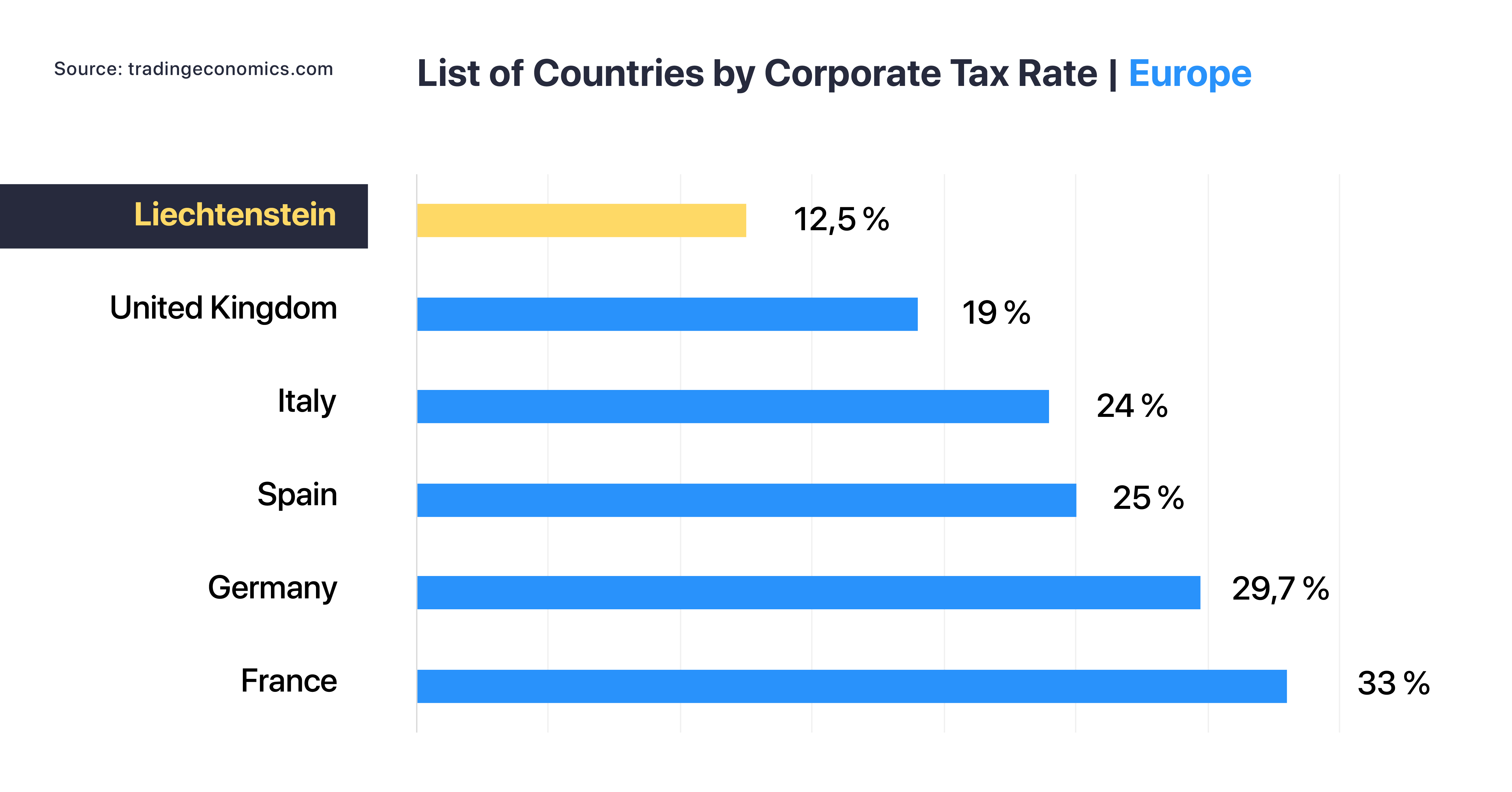 In the Alpine state, individuals must declare their crypto holdings at the beginning of each tax year expressed in Swiss francs. But here is the trick: speculative profits from cryptocurrency trading are not subjected to taxes.

Legal entities, on the contrary, are required to declare profits realised through cryptocurrency investments and, of course, the tax exemption for individuals does not apply. Yet, they get to enjoy a flat 12.5% corporate tax, one of the lowest in Europe and the world.

There you have it. Liechtenstein is clear proof that size is not that important after all. From a triple-A rating from Standard amp; Poor’s to its friendly yet cautious relations with Brussels to its comprehensive Blockchain Act and its captivating mountain landscapes, this diminutive financial powerhouse has plenty of potential to become a blockchain and crypto hub.