Following the fall of the first cryptocurrency, altcoins also fell, but more strongly, by an average of 8%. As a result, the dominance of Bitcoin continues to increase and is currently 48%.

Let’s take a close look at the Bitcoin chart and try to understand what to expect from it in the near future: 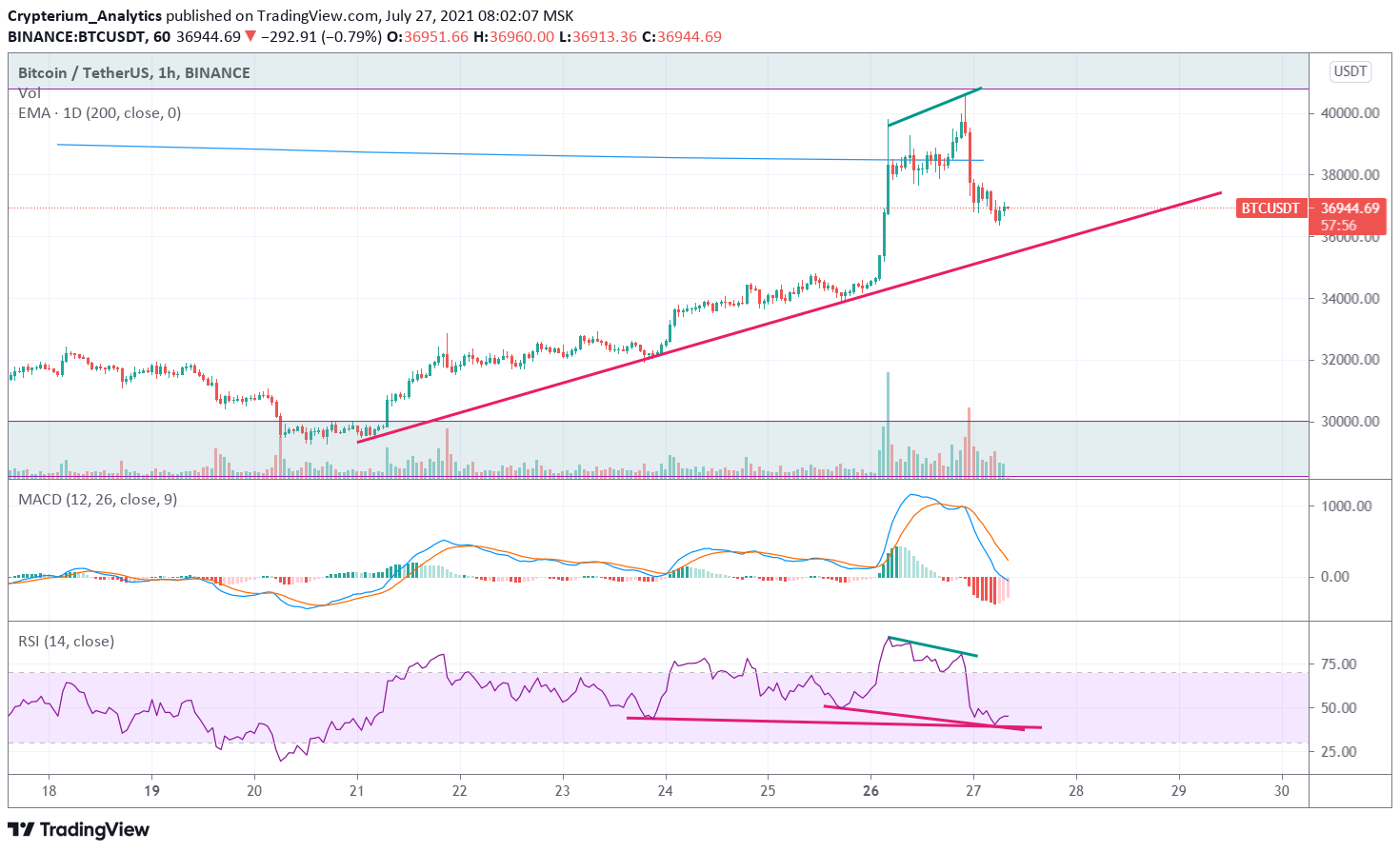 Today the chart climbed to $40,550. The entire increase from $34,000 was due to the news that Amazon is preparing to accept Bitcoins as payment by the end of 2021 and will also launch its own cryptocurrency in 2022.

This news came from an unverified source, but it was enough for people to start buying Bitcoin en masse, leading to a sharp increase. However, last night Amazon did not confirm these rumors and the Bitcoin rate fell by 9% in a couple of hours.

Now let’s take a look at the chart on a 1-hour timeframe. Obviously, an uptrend was formed here from July 21st, when the price of Bitcoin fell below $30,000. After that, the chart bounced off the trend line twice. Now, the price is hovering in some anticipation, but there is a possibility that Bitcoin will retest this trend line at around $36,000.

At the same time, already now we see some danger in terms of indicators. So, on the hourly timeframe, 3 divergences between the price and RSI were formed at once. The indicators point to an impending decline as the new bottom and top are lower than before. A similar situation can be seen on the 4-hour timeframe, with only one divergence visible there.

The blue line shows the 200-day moving average, which is an important border for the price. The chart is below this line starting May 20th. Yesterday the price tested this moving average for several hours and even managed to break it upward and consolidate on the 4-hour timeframe. However, after Amazon’s denial, Bitcoin fell below that line again.

Today we expect to see declines in the $35,000 – $36,000 range. There it will be necessary to take a close look at the market structure, and then it will become clear whether Bitcoin will be able to break through $40,000 and go further up.

Follow our reviews, and then you will stay up to date with the latest developments on the market.