Bitcoin’s trading volume has almost returned to the values ​​of the previous week and amounts to $35 billion per day. Let’s take a look at the Bitcoin chart: 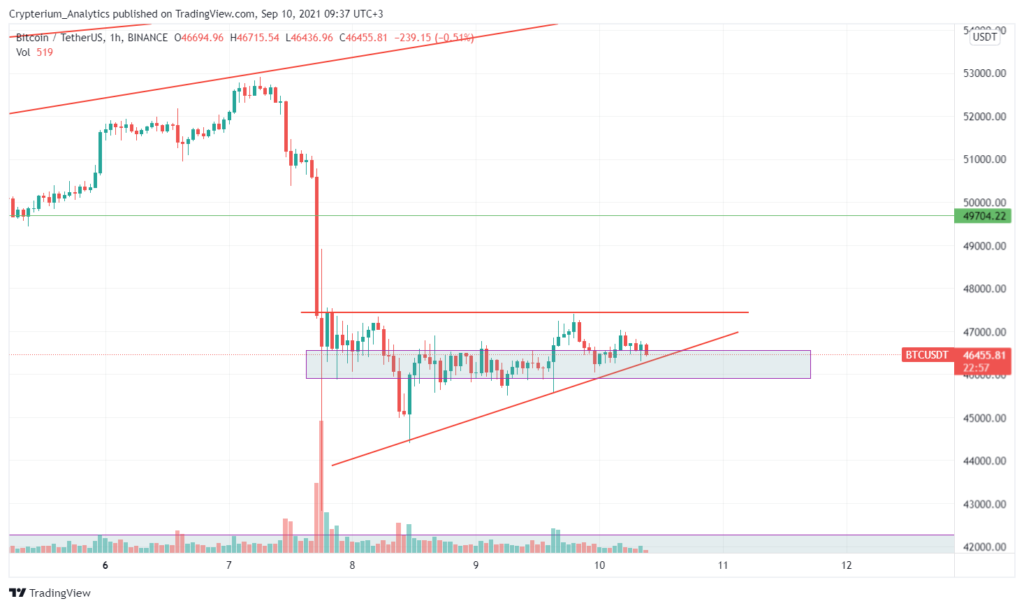 After the strongest collapse of 20%, during which almost $4 billion has been liquidated, the Bitcoin chart finally turned into a sideways movement. There is absolutely no reaction from buyers and sellers now. The market froze in anticipation, as it usually happens after such events.

At the same time, the chart has already formed a local resistance level at around $47,500 on the hourly timeframe. Moreover, an “ascending triangle” pattern begins to emerge. It is a signal for growth and Bitcoin may return above $50,000 again.

However, we do not see any other prerequisites for growth at the moment. The trading volume has reduced, a large number of longs have been liquidated, and the market is re-evaluating the situation. Trading in such high uncertainty can be very dangerous.

A decline can occur at any time. Some negative news can cause real panic on the market. This will lead to a massive sell-off, which can further drop the price by 10% – 15%.

That is why active trading is not worthwhile now. It is necessary to wait another 2-4 days and then it will become clearer what is happening. Trading activity will decline even more during the weekend and Bitcoin may slowly go down. To get a clearer vision of altcoins’ movements, use AI-based Price Predictions.