Over the last 24 hours, Bitcoin has grown by 2% and approached the $40,000 mark. Today, amid the Asian trading session, Bitcoin jumped sharply by 6% and reached $41,600. All other cryptocurrencies followed suit and also rose in just a few hours. Meanwhile, the Bitcoin dominance has increased. For the first time in 3.5 months, this indicator amounted to more than 44%.

Let’s take a look at the chart of the first cryptocurrency and try to figure out what we can expect from it in the coming days: 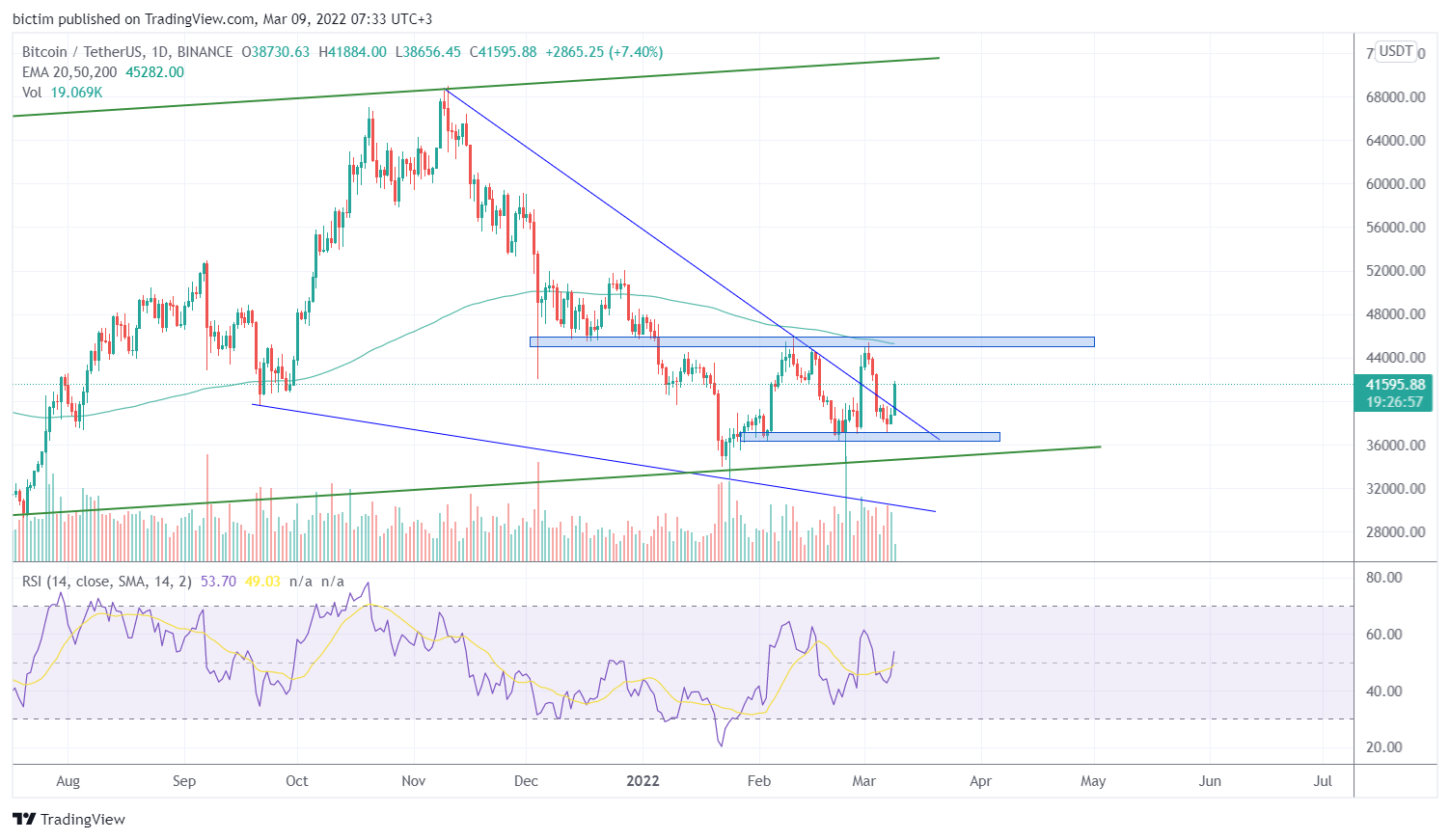 Looking at the chart now, we see that Bitcoin is moving sideways in a wide area of $36,000 – $45,000. For almost 2 months, neither bulls nor bears managed to hit any of these levels. Considering such a long amount of time, we can assume that market players have been accumulating the asset.

It should also be noted that today Bitcoin has overcome the global downtrend line for the second time since last week. Then this pattern ended up being a bull trap. Now, we are less likely to see the same scenario. Probably, we will see another growth of 8-10%, as a result of which Bitcoin may reach $45,000 again already in the coming days.

This level is where the 200-day moving average line comes, a very important indicator that signals the global trend of Bitcoin. Therefore, the $45,000 mark is extremely important for the entire crypto market. Because of this we expect Bitcoin to gravitate towards this level and believe that the chart will break it from the fourth attempt. In this case, there will be a large room to grow for the original cryptocurrency.

The altcoin market, with rare exceptions, still copycats the Bitcoin behaviour and does not have its own dynamics. This suggests that all attention is now focused on Bitcoin and the further direction of the market will highly depend on it.