Over the last 24 hours, the price of Bitcoin has remained almost the same at around $46,500. Trading volume increased by 15% to $31 billion. At the same time, altcoins declined slightly. This can be judged by the Bitcoin market dominance, which has grown to almost 42%.

Let’s take a look at the Bitcoin chart and try to figure out what direction the price will take in the coming days: 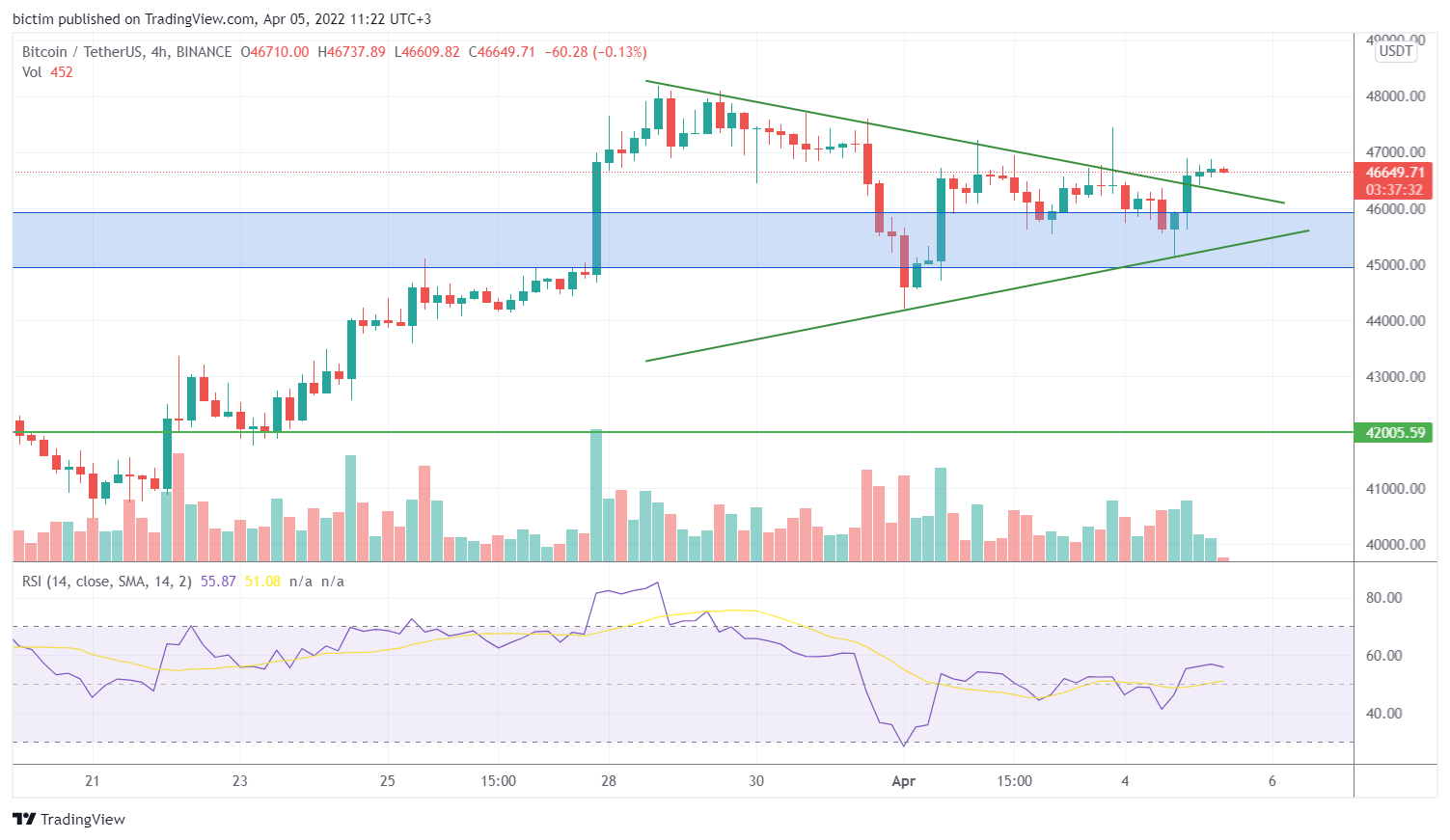 There were no significant movements on the chart yesterday. The price briefly dropped to $45,118, but buyers quickly pushed it back to above $46,000. On the 4-hour chart, we can see a few periods of calm, during which the volatility of Bitcoin decreases to 1%. This may indicate that the market is in equilibrium and neither buyers nor sellers can make the price go up or down.

Meanwhile, the 4-hour chart has formed an equilateral triangle. This pattern usually signals the continuation of the current trend. Yesterday, Bitcoin managed to break its upper border and consolidated above it. Therefore, there is now a potential for further growth to the price range of $50,000 – $52,000.

Bitcoin is still holding the strong $45,000 support level. During the week, sellers have failed to push the price lower, which is a good sign. Such a slowdown may also indicate a new accumulation period before conquering new price peaks.

On the weekly chart, Bitcoin gained a foothold near the middle Bollinger band. Most likely, it will keep moving to the upper band, which is currently at $54,000. This scenario is absolutely in line with our assumptions about a new cycle of growth of the first cryptocurrency.

The general market sentiment also speaks in favour of an uptrend. In recent weeks, a lot of positive news pieces have come out, which caused a notable reaction from buyers. The level of fear and greed is also balanced, which is a good sign for bulls. We think that Bitcoin will manage to increase to at least $50,000 this week.