Over the past day, the cost of Bitcoin has decreased by 1.5% and fell again below $21,000. Trading volume rose 10% on the back of this decline to $21 billion. At the same time, the rest of the market fell much more heavily as the dominance of Bitcoin increased slightly.

Let’s take a look at the chart of the first cryptocurrency and try to figure out what to expect from the price of Bitcoin in the near future: 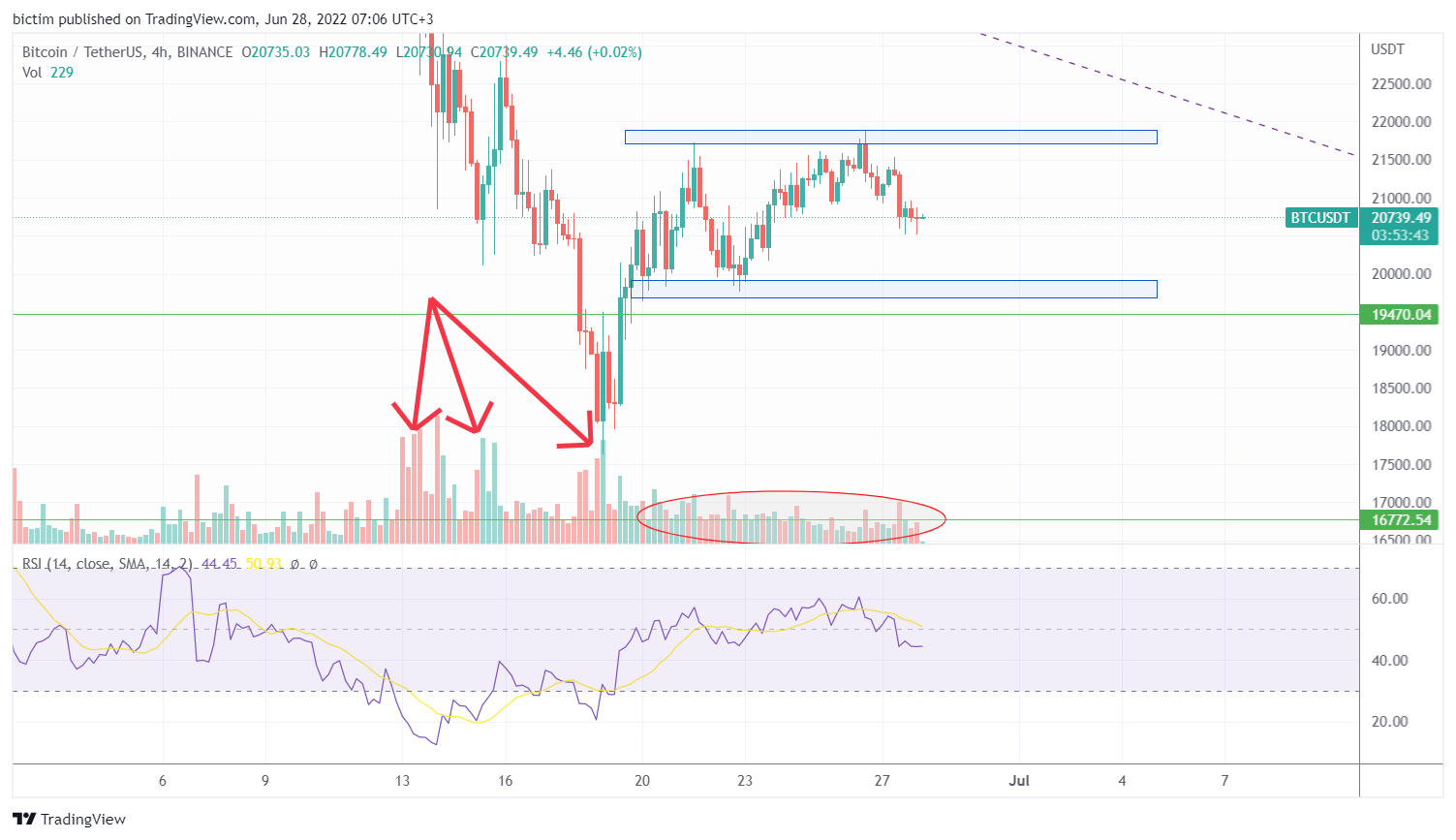 Yesterday the buyers tried to raise the price but were only able to increase the price to $21,539. Shortly thereafter, the sellers stepped up quite quickly and pushed the chart down 5% from the daily high. All this still points to the fact that there are practically no strong bulls in the market now that could reverse the trend upwards.

This is indicated by trading volumes on the chart. It is clearly seen that during the rebound from the local bottom at $17,622, trading volumes were 2 times higher than at the current moment. And if you look at trading volumes during the fall since June 13, it becomes clear that the vast majority of bulls left the market during this period.

For the last 10 days, Bitcoin has gone sideways. The price fluctuates in a fairly narrow sideways channel between $19,700 and $21,700. Bitcoin has bounced off these levels several times already and eventually formed a fairly stable sideways channel. Now the price has dropped to the middle line of this pattern.

It is highly likely that in the next couple of days Bitcoin will continue its downward movement and hit the lower border of $19,700. If buyers fail to maintain this level and the price consolidates lower, then Bitcoin may again go into almost a steep fall. This level is extremely important and corresponds to the high of the bull market in 2017.

The overall situation on the chart looks in favour of a new decline. At the moment, it is absolutely not visible, due to which the bulls can take over the bears. Therefore, we expect to see a continuation of the fall in the coming days. The main support level at $19,700 will be decisive in the future direction of Bitcoin.