Crypto Daily: Bitcoin continues to be in sideways channel Over the past day, the cost of Bitcoin has decreased by almost 4% and again fell below $30,000. The trading volume remained almost unchanged and amounted to $31 billion yesterday. The rest of the market also reacted with a fall. As a result, the total market capitalization has decreased by almost $50 billion and currently stands at $1.26 trillion.

Let’s take a look at the Bitcoin chart and try to understand in which direction the price will move in the coming days: 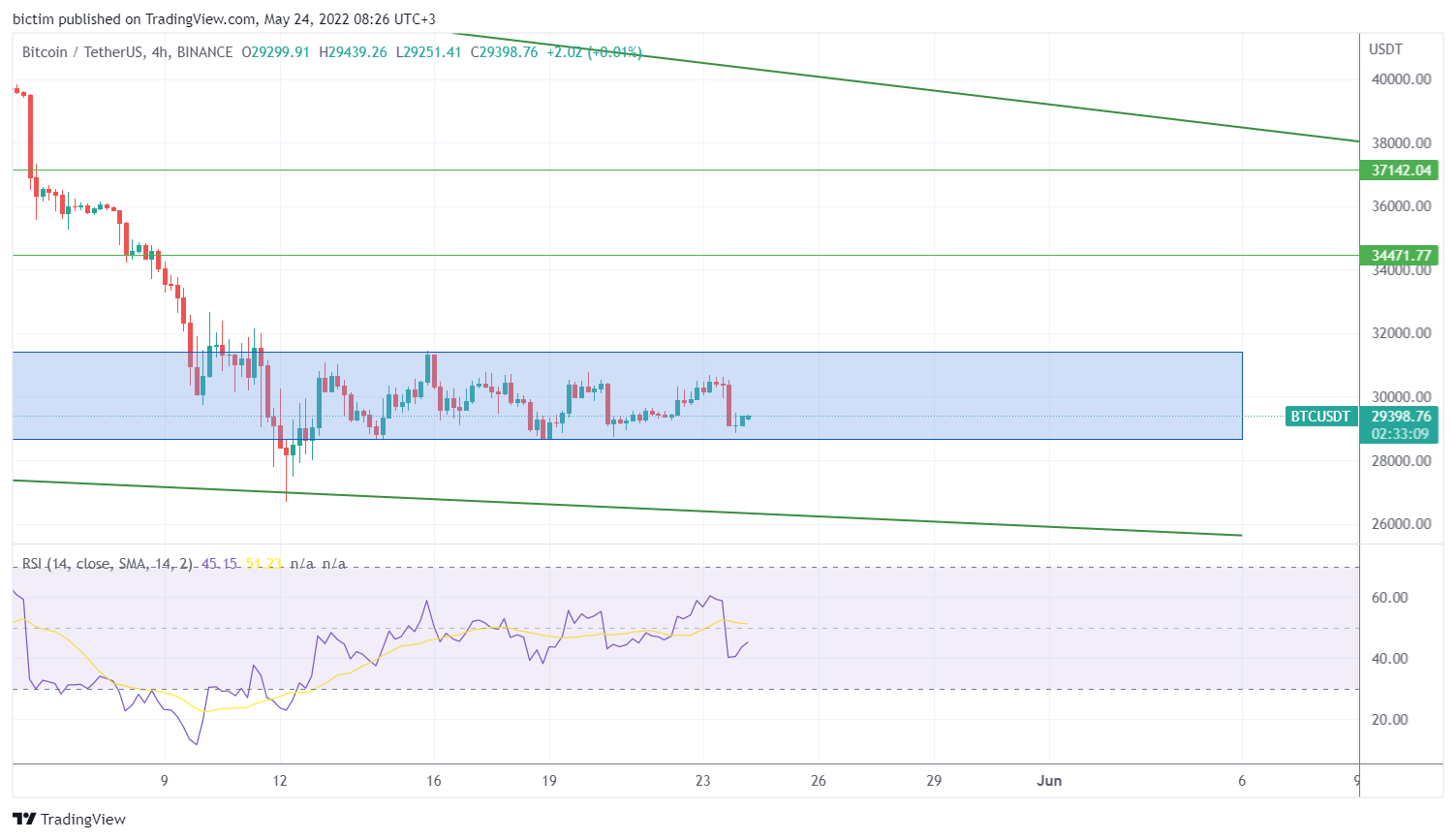 The chart shows that the price has risen by 7% since May 20 and has been rising until yesterday. However, yesterday for 4 hours all this growth was offset by a fall in prices. Thus, the chart continues to be squeezed into a tight range between $28,800 – $31,400. Note that this sideways movement has been going on for 2 weeks.

The trading structure indicates that buyers are weaker at the moment. The sellers have a slight advantage but do not use it to push the price down. This is a logical continuation, since two weeks ago the market maker collected a lot of liquidity on stop losses of long traders.

The main attention should now be focused on the borders of the sideways range. Now you should not take any action while Bitcoin is moving in the above levels. After such strong events in early May, the market should recover. After the chart breaks through one of the boundary levels, it will be possible to make trading decisions to buy or sell.

At the same time, the altcoin market has a different dynamic. Many of the cryptocurrencies are forming or have already formed reversal patterns on the chart. This could be a good opportunity for growth. At the same time, it should be noted that altcoins can show growth only if Bitcoin remains at current levels or goes higher. If the first cryptocurrency starts to decline, then all reversal patterns on altcoins charts will be invalidated.