Over the last 24 hours, the Bitcoin price has fallen by 5% to $36,000. Against this background, the trading volume slightly increased and amounted to almost $25 billion per day. Altcoins declined in line with Bitcoin, and the crypto industry got embraced by decadent sentiment once again.

Let’s take a closer look at the Bitcoin chart and try to understand what to expect in the near future: 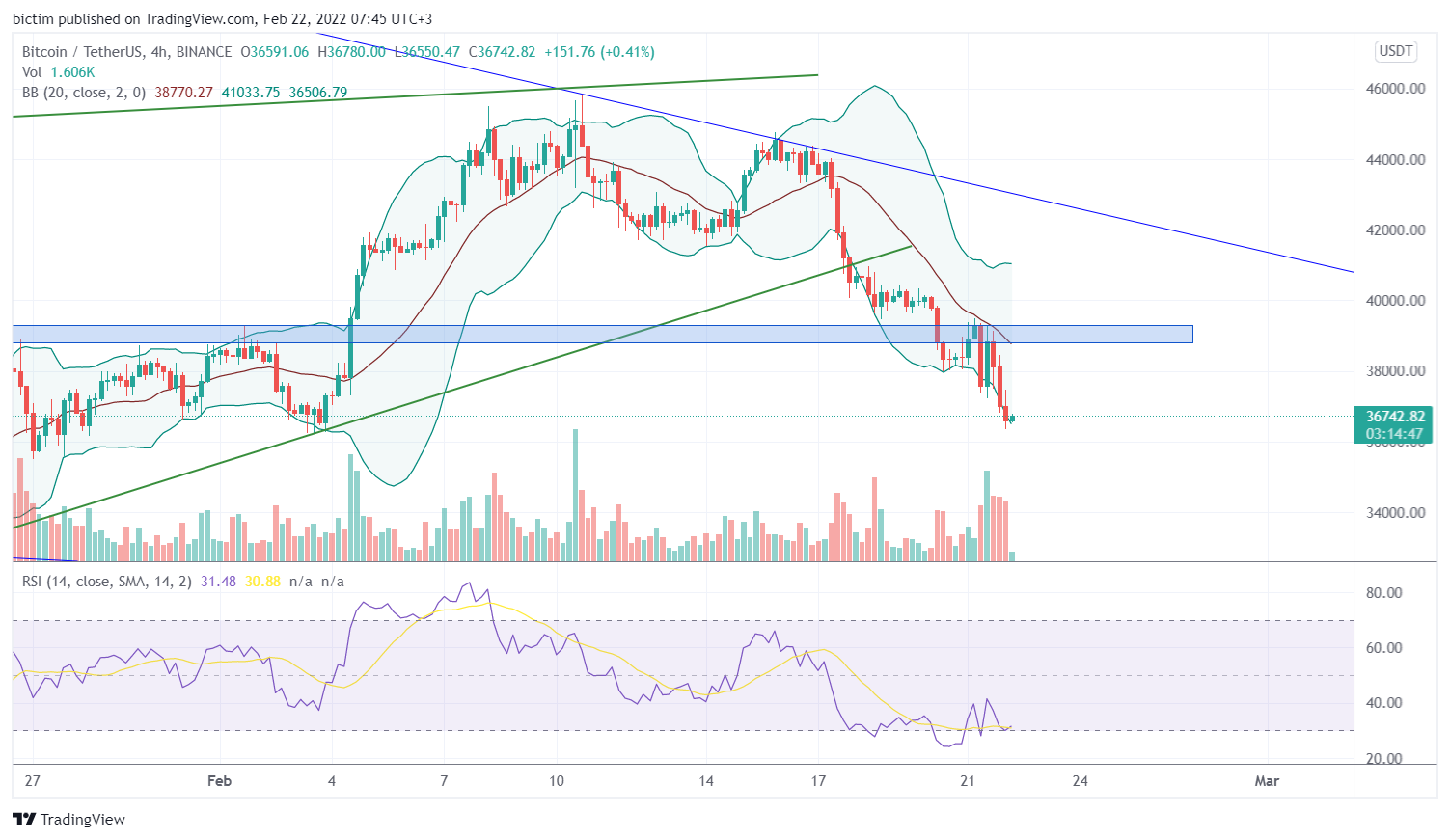 At the end of last week, we mentioned that an ascending wedge had started to work out on the chart. During this time, the price has decreased by 10%. In general, Bitcoin has already fallen by 20%, down from $45,821 fixed 1.5 weeks ago.

Yesterday, the chart showed high volatility. There was a tough struggle between bulls and bears, but as a result, sellers turned out to be stronger. They managed to push the price down to below the local support level of $38,700, where Bitcoin eventually consolidated.

Meanwhile, some indicators showed convergence, which can be particularly seen from the 4-hour chart of the RSI oscillator. During yesterday’s fall, this indicator reached its minimum but later the bottom of the figure appeared to be two times higher. Thus, we can assume that it is a sign of a local reversal.

You can also look at the Bollinger Bands indicator. The price has been moving around the lower border for a long time. Yesterday, the chart reached the middle line, but failed to gain a foothold above it and dropped to the lower band again. So locally, we expect the chart to reverse in the coming days and test the middle line at $38,500 – $38,800 again.

Bitcoin has already fallen to the level of $36,700. This is another strong support in the $36,000 – $37,000 area. Most likely, this is where we will see active trades followed by a possible local rebound. Some indicators point to this scenario.

In general, the market situation will remain the same. No new capital flows to crypto, and an overall sentiment has finally become negative, so many market participants are waiting for a new cycle of decline. In addition, this is what happens not only with crypto but also with stocks. Both markets have recently shown a strong correlation with each other.