This was due to Bitcoin falling below $40,000 in the short term. Meanwhile, most of the altcoins were in a downtrend, which led to an increase in Bitcoin market dominance.

Let’s take a closer look at the BTC chart and try to figure out what may happen to it in the coming days: 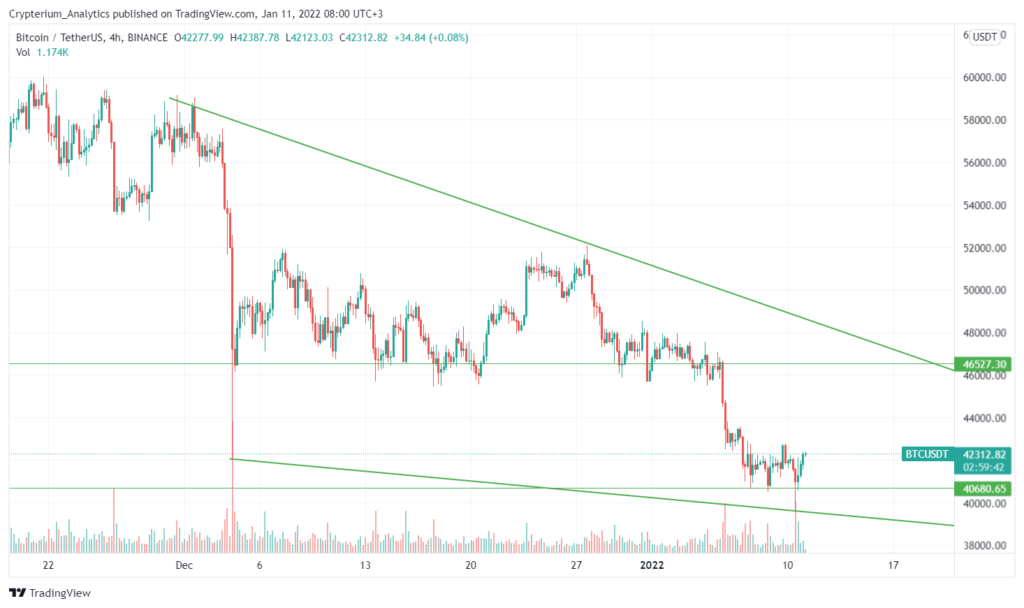 The Bitcoin price dropped below $40,000 for the first time in 4 months. The chart touched $39,650 and then turned upward quickly. In the course of this movement, several positions worth about $300 million were liquidated, which is not a big deal for the crypto market. This suggests that there has not been a sales climax yet.

Over the past 3 days, Bitcoin has reached $40,000 several times and always bounced up. This indicates a strong support level, below which it will be very difficult to gain a foothold. One more fact that proves the significance of this mark is trading volume being in a sideways movement, going up above $39,500 and down. This means that $39,500-$40,000 are key levels at the moment.

Moreover, yesterday the chart formed a Doji reversal candlestick, which signals for an upcoming rise in the Bitcoin price over the next few days. If we take a look at the indicators, we will see a similar picture as almost all oscillators indicate strong oversold conditions in the market. Some of them have even begun to turn upward, which is also a sign of a reversal.

However, we do not expect the trend to reverse anytime soon. Most likely, we will see the market correcting itself in early January, which will cause Bitcoin to increase by 10% to $45,000 – $47,000.

But the key point is that Bitcoin is still in a downtrend. This means that any negative news, be it significant or not, may trigger the price collapse. In addition, we haven’t seen any strong reversal patterns on the daily and weekly charts yet. That is why we believe that the decline is more likely to take place and the downtrend will further continue. Considering this fact, Bitcoin may drop even lower to $37,500.