Over the past 24 hours, the Bitcoin price fell by almost 8% and broke an important psychological level of $40,000. We have already warned that this would happen in recent weeks. Meanwhile, the trading volume has increased by only 10%. Altcoins followed Bitcoin’s downward movement and most of them have declined even more notably.

Let’s take a look at the BTC chart and try to figure out if this is the last wave of the fall and what we can expect in the near future: 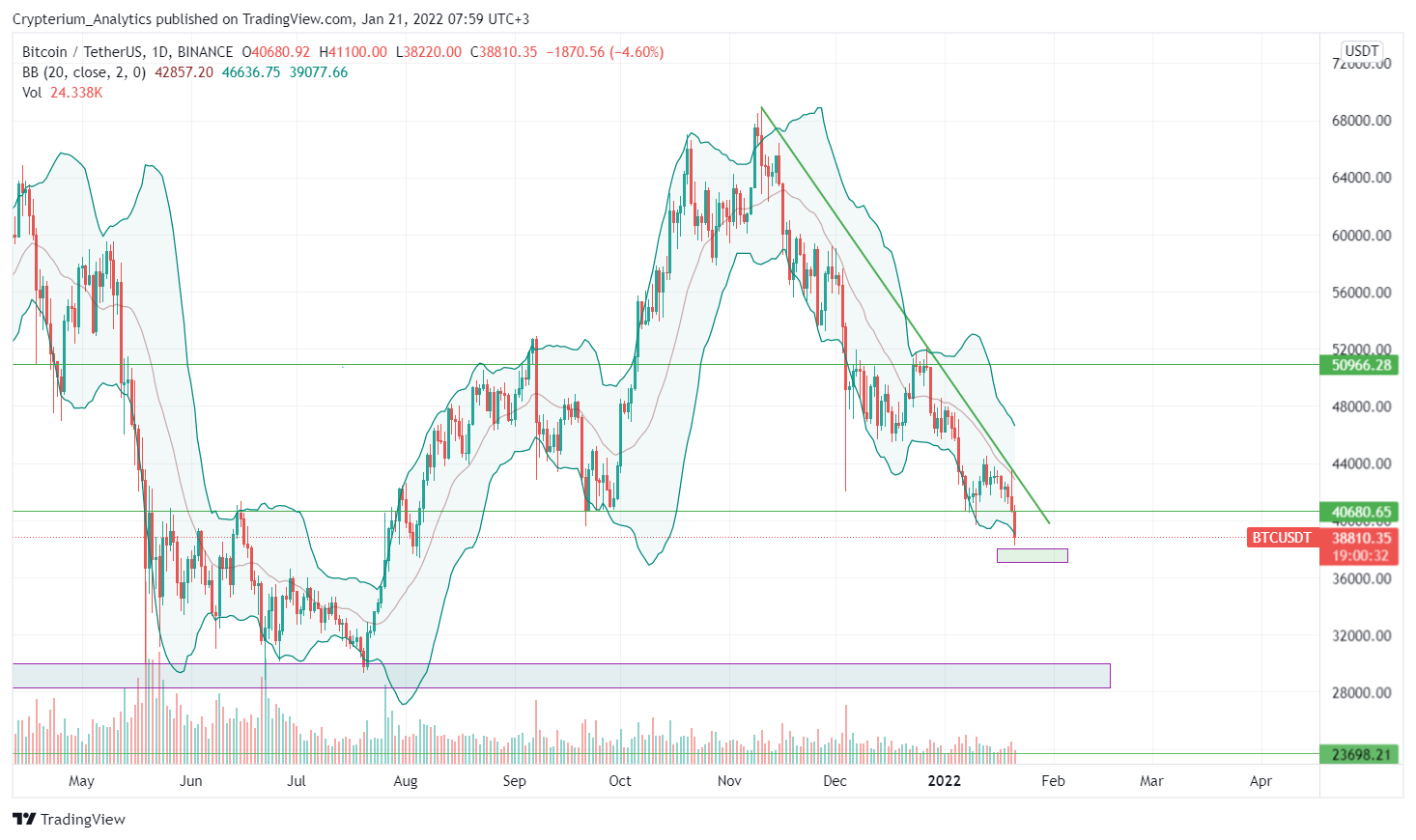 As a result of this week’s drop, the Bitcoin price went down to $38,220 according to the Binance exchange. Yet, earlier the chart briefly touched $43,500 and after that there was a fairly quick collapse. Most likely, this happened due to the general decline in traditional markets. Recently, cryptocurrencies have been experiencing a fairly strong correlation with stocks, which could affect yesterday’s decline.

Previously, we indicated $37,000 – $38,000 as an important support level, which Bitcoin will probably reach today. It is essential to note that we have not observed any serious rebounds yet and this is a bad sign for bulls.

Although Bitcoin broke through the $40,000 mark, the liquidation volume was only $330 million – a rather insignificant amount for the current market, which proves the fact that this level does not pose much danger and market makers keep lowering prices to collect liquidity. Taking this into consideration, we can say that Bitcoin has a high chance of breaking the $37,000 mark and falling to $34,000 – $35,000 amidst stop-losses triggering and massive liquidations.

Moreover, now there is another crucial signal on the weekly chart. If the weekly candlestick closes below $40,000, the “head and shoulders” pattern will finally emerge meaning an uptrend reversal. Considering the size of this formation, this could be a sign of transitioning to the bear market.

That is why we have urged everyone to refrain from trading in recent weeks. As of today, many signs have already spoken of impending problems on the market. So far, it is not clear how the market may turn around and how long the bearish sentiment will reign. However, now it is necessary to watch for the price behaviour in the next 3 days. We think that the situation will clarify during this time.