Over the last 24 hours, the Bitcoin price has decreased by 6% and now stands at $39,500. Trading volume has sharply risen by $13 billion to $33 billion per day. The altcoin market is also feeling pretty bad and keeps declining even more drastically than Bitcoin. So, Ethereum fell by 7% to below $3,000 again.

Let’s take a look at the Bitcoin chart and try to guess how the market will behave in the coming days: 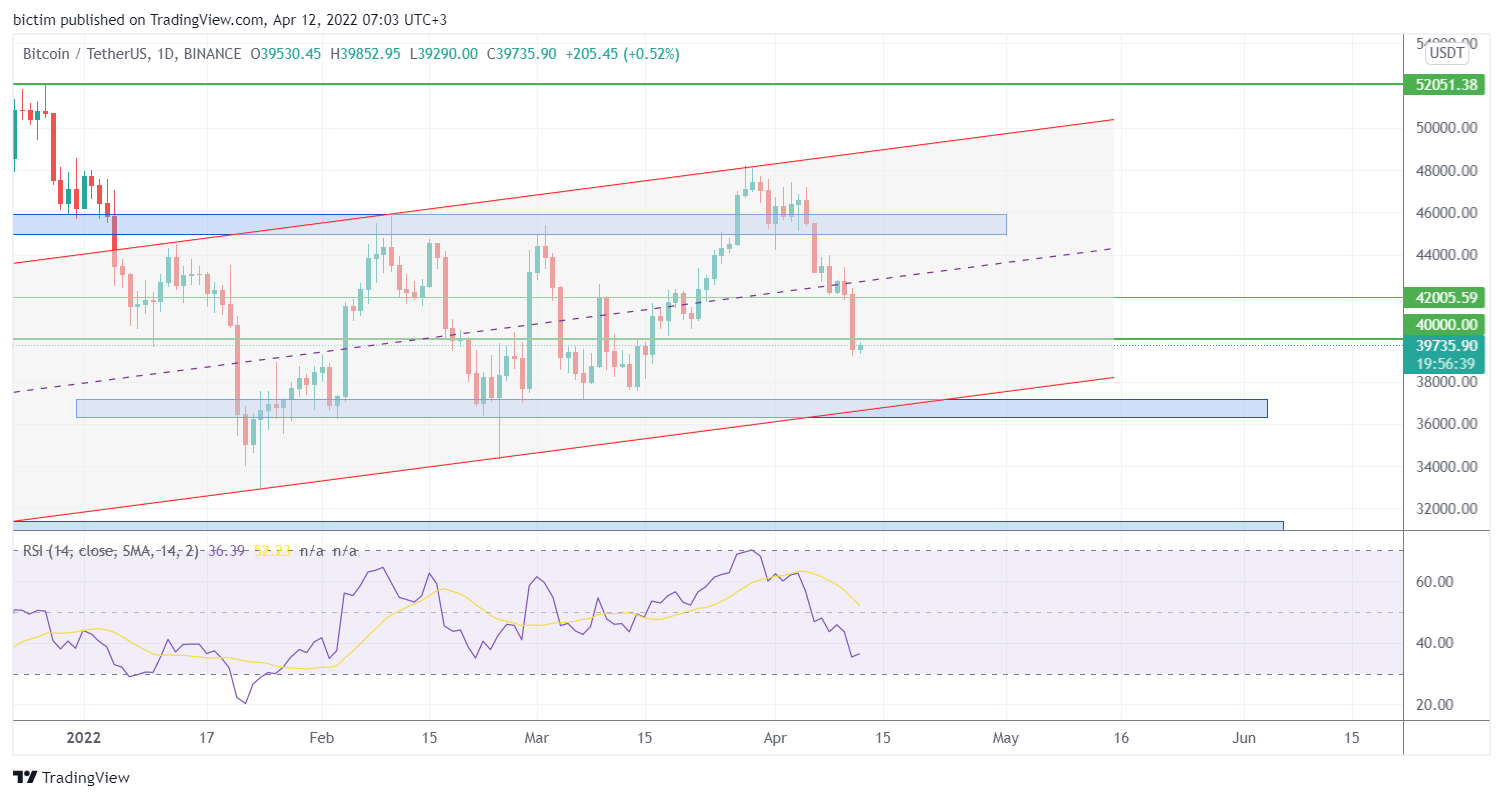 Yesterday, we predicted that Bitcoin would drop from $42,000 to $40,000, and we turned out to be right. Buyers easily ceded the intermediate support level and demonstrated almost no resistance. As a result, Bitcoin fell to $40,000 very quickly, just in a couple of hours. This further indicates that buyers are really weak, as they continue to give up important levels one after another and do not fight back.

This can be judged by the volume of liquidations that occurred during breakouts. At first, Bitcoin fell from $47,000 to $43,000 on April 6, and a similar scenario took place yesterday. In both cases, these were important support levels and the volume of liquidations did not exceed $500 million. This is quite a low value for the crypto market and signals that buyers either do not want to step in, or they are simply absent.

We also mentioned that Bitcoin would have every chance to go even lower if it consolidated below $40,000. This is exactly what is happening now. On the chart, we can see an ascending channel, within which Bitcoin has been moving over the past 3 months. In the last 5 days, it has been stagnating in the $42,000 – $43,000 zone, which corresponds to the middle line of the channel. But yesterday, Bitcoin broke this line and started moving towards the lower border of the channel at around $36,600.

This is where the major support level in 2022 is located. The $36,000-$37,000 area has stopped Bitcoin from falling even further several times. Most likely, this is where we can see real buyers seizing the initiative and defending this level.

The RSI indicator also points to the upcoming fall of about 6% as it tends to reach the border of the oversold area. After that, this oscillator may briefly stop here. This also signals that the price will go lower.

Thus, we expect to see another decline of about 8-10% in the next few days. Depending on whether buyers demonstrate their activity around this level or not, it will become clear where Bitcoin will move in the medium term.