Over the last 24 hours, the Bitcoin price has fallen by 2% and now it stands at about $40,500. Meanwhile, yesterday, we saw the first cryptocurrency having high volatility of 8%. Against this background, the trading volume increased by 30% to $36 billion per day.

Altcoins also declined following Bitcoin. Assets from the Top-10 fell by an average of 3%, which is even more drastic. This is indicated by the Bitcoin dominance, which has slightly grown over the past day. Let’s take a look at the BTC chart and try to figure out what to expect from it in the near future: 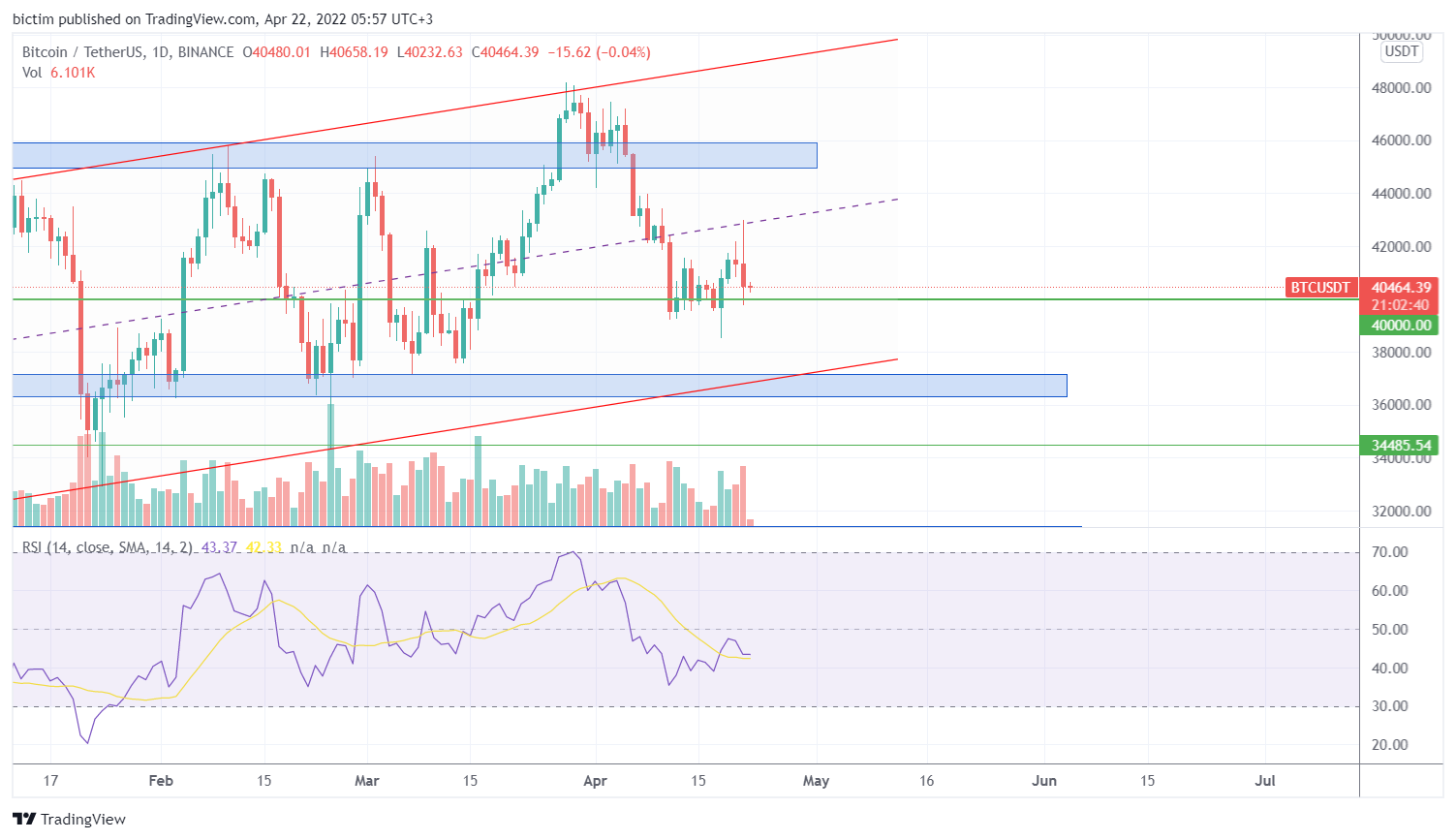 Early yesterday morning, Bitcoin was in a steady upward movement and rose by 4%. As a result, the price almost reached $43,000 and touched the middle line of the rising channel. At the beginning of this week, we already said that we were waiting for this scenario to turn into reality. After that, Bitcoin dropped quickly.

Most likely, this is due to an overall sentiment spreading over the stock market, which also caused the S&P 500 to fall by 2.5%. This significantly affected the cryptocurrency market in general and Bitcoin in particular. Once again, we made sure that the correlation between crypto and stocks is very high at the moment.

These events allow us to assume that sellers on the Bitcoin market are still strong. They didn’t let the chart go up on the first try and quickly pushed the price below $40,000. But buyers also showed their strength by driving the price back almost instantly.

Right now, the level of uncertainty on the market is high. It is rather difficult to make assumptions about the further direction of the BTC chart. The most possible scenario is that the price will consolidate around the current levels prior to the next week. The market needs some time to recover from what happened yesterday.

At the same time, Bitcoin continues a major uptrend. Moreover, the asset has already experienced strong support at around $37,000 where the lower boundary of the rising channel is located. Therefore, we think that the price is unlikely to fall below it ​​in the coming days.