The rest of the market, on the contrary, showed steady growth, as a result of which the dominance of Bitcoin fell again to 48%.

Let’s take a look at the chart of the first cryptocurrency and try to figure out if this stop is a sign of a reversal: 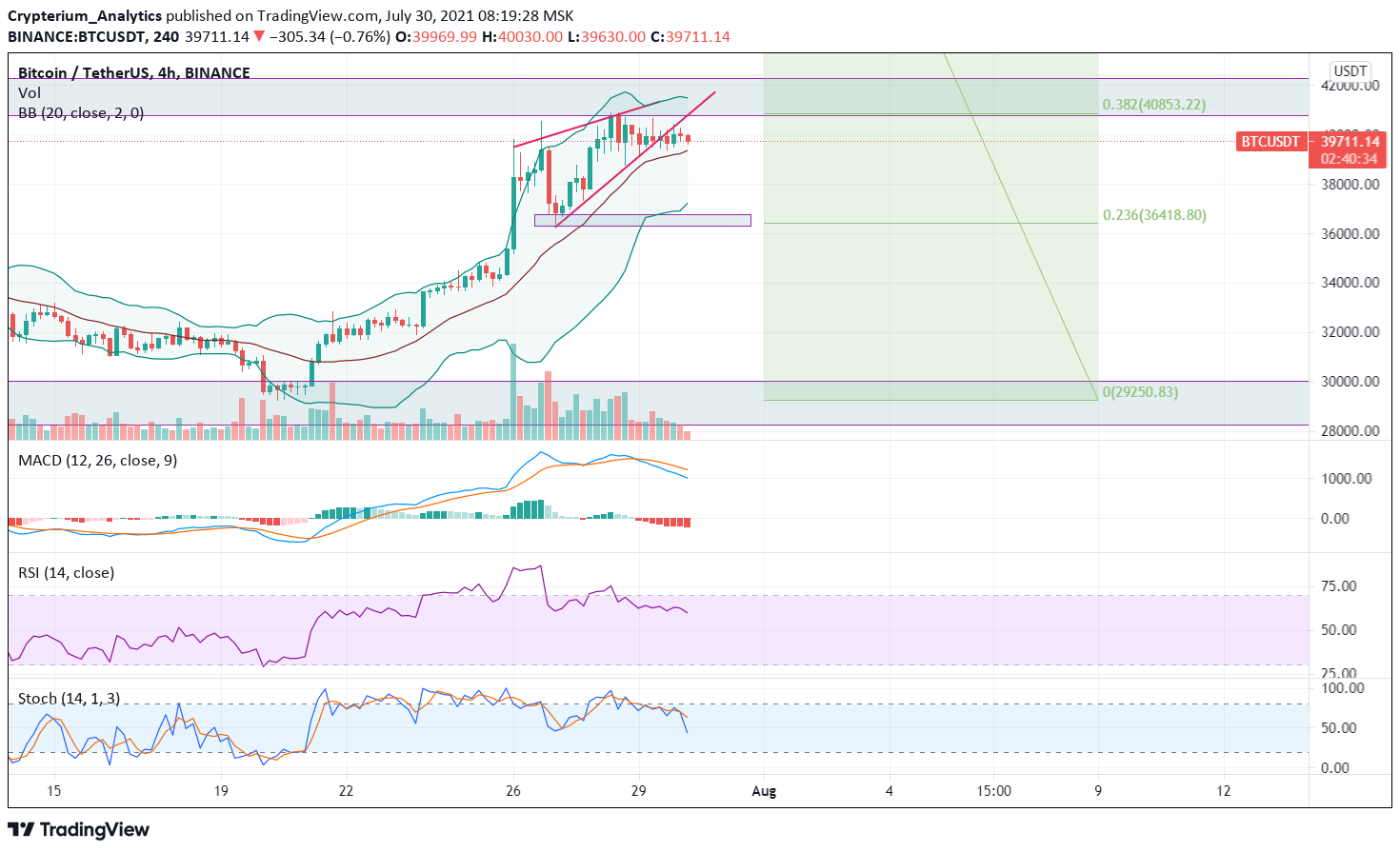 Bitcoin has been growing non-stop for 8 days and this is clearly visible on the daily timeframe. A doji candlestick has also formed there, which practically does not have a body. This sign is a signal for a trend reversal.

On the 4-hour timeframe, you can clearly see that a rising wedge pattern has formed. As a rule, it indicates that buyers are starting to weaken and sales prevail over purchases. In classical technical analysis, this factor indicates an impending fall in price. This figure indicates a drop to $36,300.

It should also be noted that the chart has not been able to break through the $41,000 level for 4 days and is constantly rolling back down. This proves once again that this level of resistance is key for Bitcoin and it will be difficult to take it on the first attempt. Therefore, it looks logical to have a slight decline before a new attempt to break through this level.

The chart shows that the price has gone down to the Bollinger Middle Line and has been moving along it for a long time. Judging by the structure, a fall to the lower border of this indicator, which is at $37,194, is possible.

The same level was the extreme point of decline on July 27th, after Amazon denied the introduction of Bitcoin as a payment. This is the local level of support that the Bitcoin price can reach. This is also indicated by the Fibonacci grid since at the level of $36,400 there is one of the strongest support zones – 0.23.

All these signs point to a local decline in the range of $36,300 – $37,100. This means a drop of 6% to 8%. Most likely, the price will stop in this range and we will see an upward reversal. Therefore, be prepared to buy when Bitcoin drops within the specified range.