Crypto Daily: Bitcoin Has Approached the Lower Border Of the Three-month Upward Channel

Yesterday, the Bitcoin price dropped by 3% to $40,000 again. At the same time, trading volume declined to $24 billion per day. There are still no significant changes on the market. Altcoins followed Bitcoin and fell even more drastically. The Bitcoin dominance keeps fluctuating between 41.5% and 42%.

Let’s take a look at the BTC chart and try to figure out what mark the price of the first cryptocurrency may reach by the beginning of the next week: 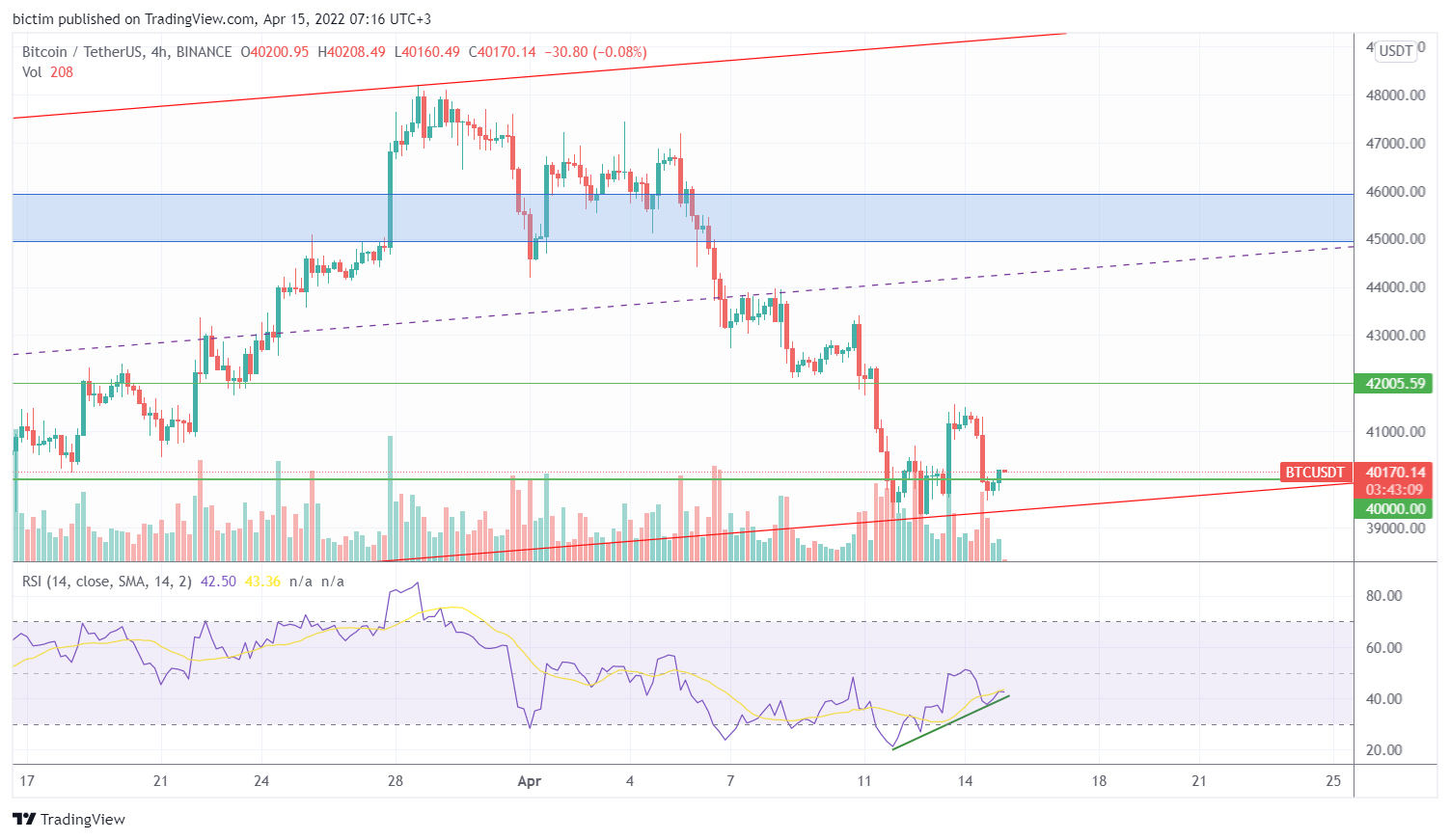 Over the past 2 weeks, Bitcoin has plummeted by approximately 20% from $48,000 to $40,000. The chart shows that sellers are confidently dominating over buyers who demonstrate almost no resistance. Meanwhile, this fall occurred within the three-month upward channel. As long as Bitcoin does not leave this formation, there is nothing to be afraid of.

At the beginning of this week, the BTC price reached the lower border of the channel. Sellers failed to push the asset further down which is a good sign. The key level is $40,000 and making the price consolidate below it is a tough task. It is likely that we will see a rebound from the lower border of the rising channel in the coming days as the chart has all prerequisites for this scenario to come true.

One of them is a “double bottom” pattern on the 4-hour chart. If the price reaches $41,500 and gains a foothold around this level, then this formation will work out already today. In this case, Bitcoin will have an upside potential to $44,000 which corresponds to the middle line of the ascending channel. As a rule, when the price reaches the middle, the buying pressure increases.

Many indicators speak in favor of growth. Thus, the RSI indicator has formed a clear bullish divergence. Most likely, this pattern will begin to work out in the next two days. In addition, Bollinger Bands also signal the beginning of an uptrend. According to this indicator, the nearest significant level is $41,500 which only proves our assumptions about the imminent growth of Bitcoin.

Thus, we expect to see a local upward reversal of the BTC price. Most likely, in this case, the chart will reach the important level of $44,000 where we will probably see a new struggle between buyers and sellers. Where Bitcoin will move in the medium-term now depends on who will succeed in this confrontation.