Over the last 24 hours, the Bitcoin price has decreased by almost 5% to about $41,000 at the current moment. Trading volume fell by 30% to $27 billion per day. Almost all coins from the Top-100 list followed Bitcoin and declined by 6% or even 10%. Meanwhile, the Bitcoin dominance remains the same at the 44% level.

Let’s take a look at the chart of the first cryptocurrency and try to figure out which direction the price will take in the coming weekend: 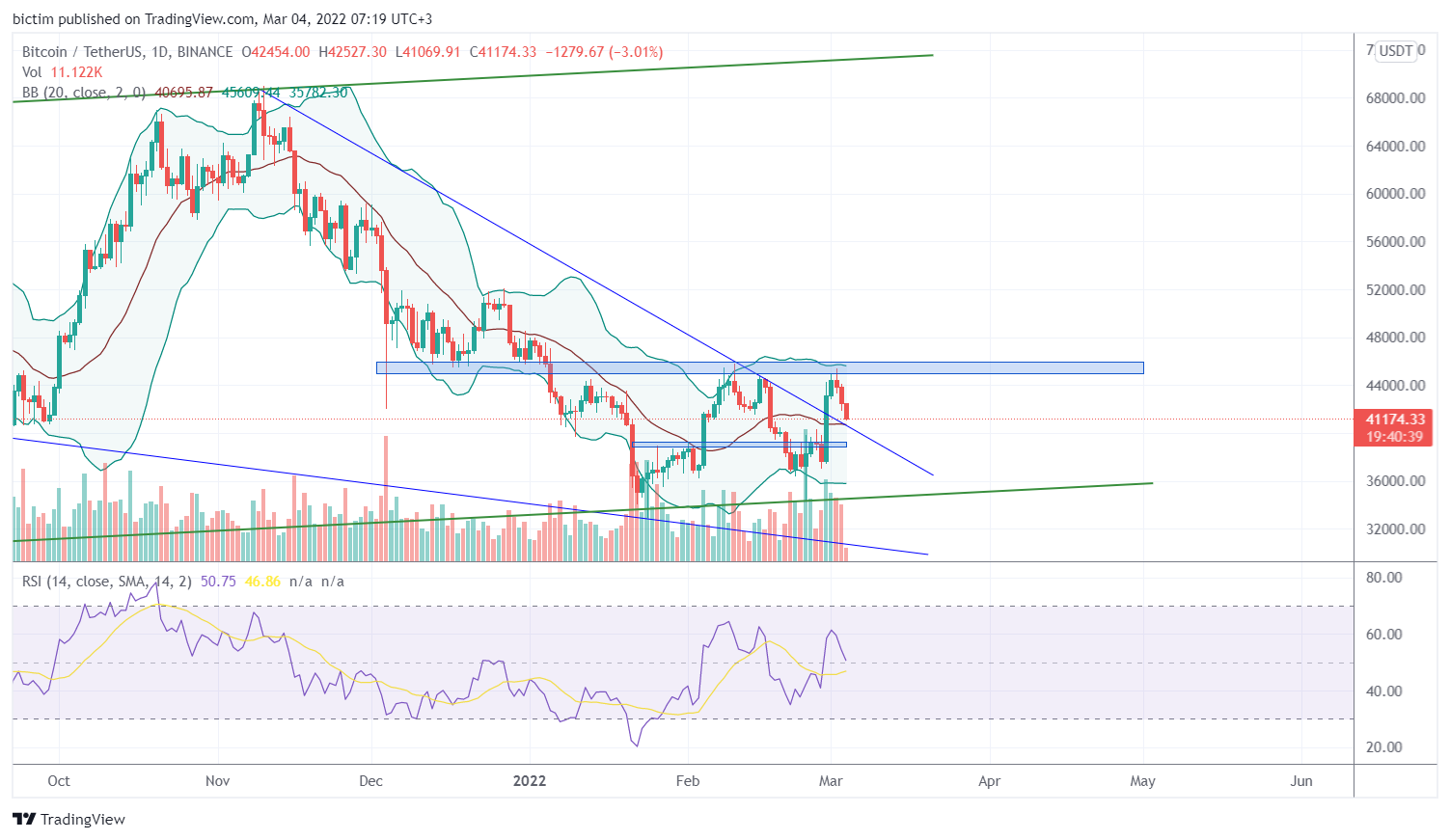 Early in the week, we said that $45,000 would be a key level for the chart. Bitcoin moved exactly to this mark, then turned down and fell by 10%. Buyers failed to overcome the resistance for the 4th time in 2 months, which also indicates that high trading volume is a result of struggling with sellers in this zone.

Bitcoin almost approached the descending trend line, which the chart broke earlier this week. If the price reaches $40,600, this will be a classic retest of the trend line. The same level will be key for determining the further Bitcoin direction.

It should be also noted that the middle Bollinger line comes to $40,700 on the daily chart. Moreover, this zone is exactly where a local uptrend appeared 2 weeks ago.

Today is Friday, the last business day of the week. In recent months, it has become an obvious trend when large players fix their positions on the crypto market. As a rule, this leads to a decrease by about 2-3%, which fits perfectly with our ongoing vision.

We expect to see Bitcoin plunging to the $40,000-$40,700 area today. Most likely, the market activity will significantly decrease over the weekend and Bitcoin will start a sideways movement. And already by Sunday evening, we may see a notable rebound to $45,000 at the opening of the Asian trading session.

This will happen only if buyers manage to maintain the important psychological $40,000 level for Bitcoin. If the price goes down and fixes below it, then the chart will enter a global downtrend again. The opposite scenario is hitting $45,000 and gaining a foothold above this level.